Heritage trail back on track

The Federal Government project valued at RM26mil was stalled due to problems with the contractor.

“The contractor is now working round the clock to ensure that work is completed by end of this year,’’ Mahadi said.

“The project is divided into two phases with RM26mil split between two contractors; Phase 1 is valued at about RM10mil,’’ he said, adding that they were looking for another contractor for Phase 2, also targeted to be completed by year end. (Left) Artist‘s impression of Kubu Pahlawan (Warrior‘s Fort) to be located at the Bulatan Dato Onn area once the Heritage Trail 5 project is completed, while (right) contractors work round the clock to get the job done by end of the year.

“The entire trail revolves around the patriotism theme and is connected to all things patriotic such as Bukit Aman where the police headquarters are located, police museum as well as Tugu Negara,’’ he said. (Left) Artist‘s impression of Kubu Pahlawan (Warriors Fort) to be located at the Bulatan Dato Onn area once the Heritage Trail 5 project is completed, while (right) contractors work round the clock to get the job done by end of the year.

“People can stroll along the walkways, ramp and tunnel linking to the Bulatan Dato Onn roundabout, and enjoy the sights along the way,’’ he said.

“We have made the journey a very pleasant one with decorated pillars, water curtains, terrace seatings and water fountains that lead right up to Taman Botani Perdana.

“The walls at some stretches of the trail will display historical information dating back to the 1890s right until present say,’’ he said, adding that visitors can brush up on their of knowledge of the city’s history through the trail. 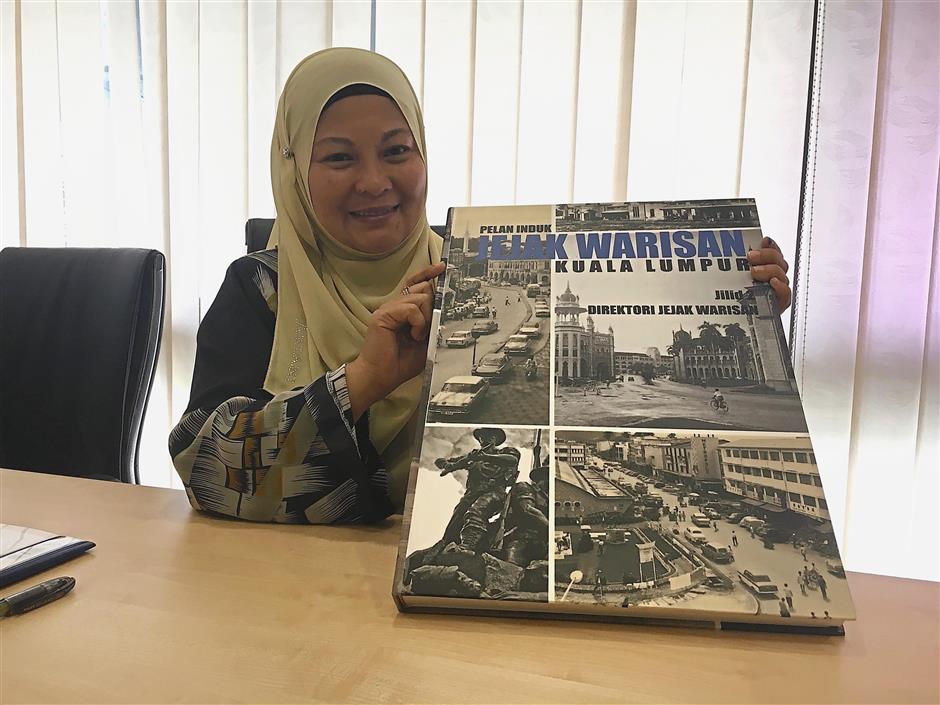 StarMetro previously reported that the Government terminated the original contractor for their inefficiency at implementing the project and inability to remove utility cables at the site.

The Ailing Project Committee, under the Federal Territories Ministry, also cited inability of the main contractor to pay its subcontractors as a reason.

The ministry’s Development Management Unit, in a reply to StarMetro, stated that the stalled Bulatan Dato Onn project fell under the “Sick” category and was brought to the attention of the committee on July 20 last year.

The statement read that the committee comprising representatives from the Finance Ministry, Public Works Department and Construction Industry Development Board unanimously agreed to terminate the contract for non-performance.

The FT Ministry was tasked to re-tender the contract and was waiting for funds from the Finance Ministry. 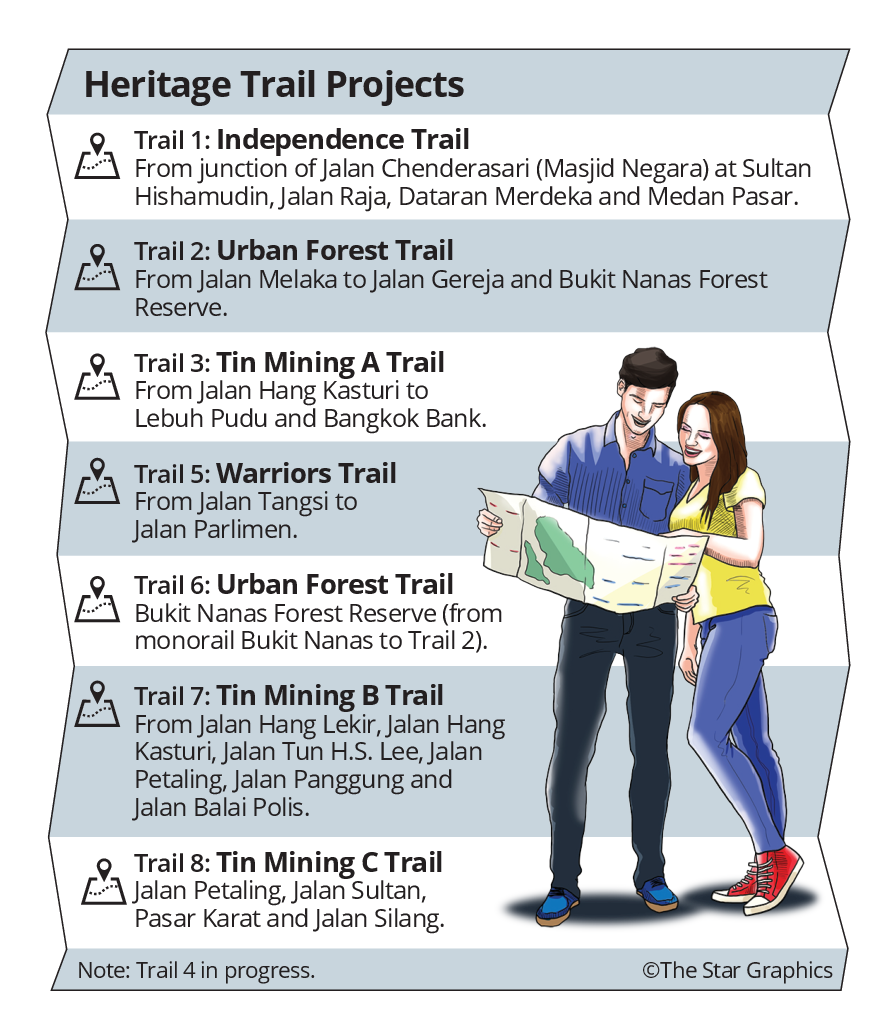 An extension was given until July 31 to facilitate the removal of utility cables and traffic management around the construction area.

Despite the extension and constant monitoring by DBKL officers, the contractor still failed to complete the project.

Under the Kuala Lumpur Heritage Trail Masterplan, DBKL has identified eight heritage trails in the city.

“Kuala Lumpur is blessed with many iconic places of rich heritage, some of which have been in existence for more than 100 years,’’ said DBKL Urban Planning Department (physical planning section) deputy director Nor Hashida Harun.

Hashida said the heritage trail project leveraged on the city’s iconic places and buildings to provide an attractive and effective way to tell of the city’s rich history.

“We did a study and identified 13 zones with iconic locations and proceeded to turn these areas into a seamless connection of parks, open spaces, tunnels, and forest,’’ Nor Hashida said.

Each zone has a theme to it. For instance, Heritage Trail 1 is themed around the tin mining industry that spurred the growth in the area. Tugu Negara (National Monument) is one of the highlights of Heritage Trail 5. The surrounding of this famous sculpture will also be upgraded under the project.

Heritage Trail 2 starts from Jalan Melaka to Jalan Gereja and the Bukit Nanas forest reserve, and it is all about the jungle in the city.

“We have seven heritage trails in total to complement the River of Life project, some of which are still in progress,’’ she said, adding that all of these were expected to be completed by end of the year.

On the missing Heritage Trail 4, Hashida said that project was put on hold as the public engagement session had taken too long and funding was also in question.

“For now, we are not sure if the project will go through,’’ she added.

On HT5, Hashida said once the project was completed, the open space could be utilised for private events.

“With the city’s scarcity of land, under-utilised spaces in the city like Bulatan Dato Onn are perfect to be turned into little recreational spots.

“As cities become crowded, it is our job as city planners to make use of every available space for the residents, and our hope is that the people will appreciate and use it,’’ she said. 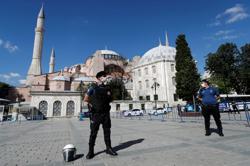 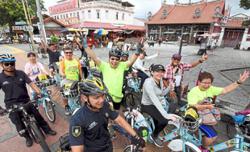