Hannah, who visited the Helping Hands Penan booth in Bangsar Village, says Adnan must know the facts as he was Yayasan Wilayah Persekutuan chairman at the time.

Tengku Adnan (pic below) was quoted by Malaysiakini as saying that YWP was not involved in the deal and had no idea about the land in TTDI.

But Yeoh said Tengku Adnan, who was YWP chairman at the time, must have known that it was the foundation that sold the land to a developer.

“Tengku Adnan is either confused because he sold many (plots of) lands and was unsure which one he was talking about, or did not read his documents or is blatantly lying.

“The TTDI residents have issued a statement to clarify that Tengku Adnan should be well aware of the land transfer. 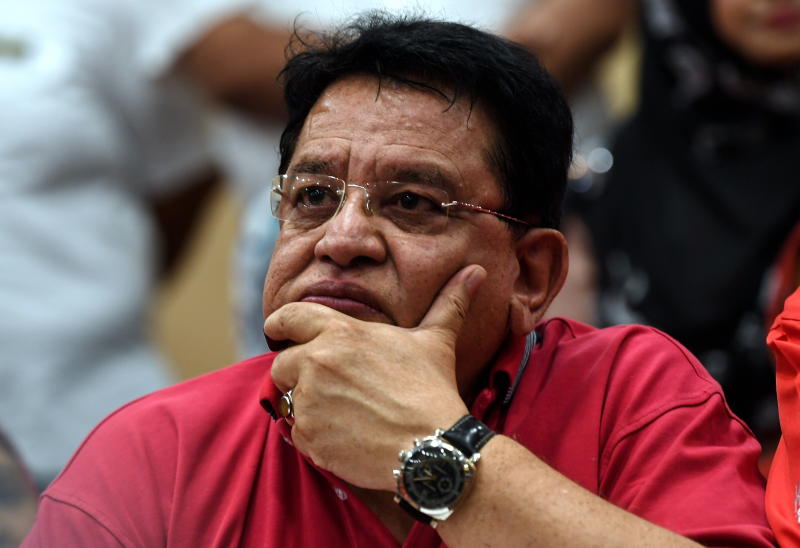 "They also have proof to back up their claim,” she said during her visit to the booth of Helping Hands Penan, an non-governmental organisation helping the Penan community that she strongly supports, in Bangsar Village today (May 19).

According to the statement by Save Taman Rimba Kiara Working Group coordinator, Leon Koay, YWP procured 4.86ha of Taman Rimba Kiara land in 2014 from the state and entered into a joint venture with a developer for a mega project.

The plan involved the construction of one block of affordable housing consisting of 350 units and eight blocks of high-end condominiums comprising over 1,800 units.

Yeoh and Kepong MP Lim Lip Eng have lodged reports with the Malaysian Anti-Corruption Commission (MACC), asking for a probe into the Federal Territories Foundation’s involvement in the sale of 64 plots of land totalling 170ha, including Taman Rimba Kiara on May 16.

Yeoh said she wanted the MACC to look into the conflict of interest that arose from the deals as Tengku Adnan was the Federal Territories minister and YWP chairman at the same time.

“YWP sold the land to the developer, and I don’t know if  there was any influence on Kuala Lumpur City Hall (DBKL) to approve the project,” she said.

The development order for the project was dated July 13 last year.