Voters at the Kampung Tanjung polling centre in Semenyih had to contend with a line that reached 400m-long at one point.

MALAYSIANS came in droves to cast their votes as early as possible undeterred by the long queues and the scorching morning sun.

And in true Malaysian spirit, they gave their spot in the queue for strangers who could not stand for long. Some found chairs for the elderly to sit as well as offer drinks to those who got thirsty during the long wait, which was about three hours at some polling stations.

It did not matter whether they knew each other, they started chatting to put off boredom. 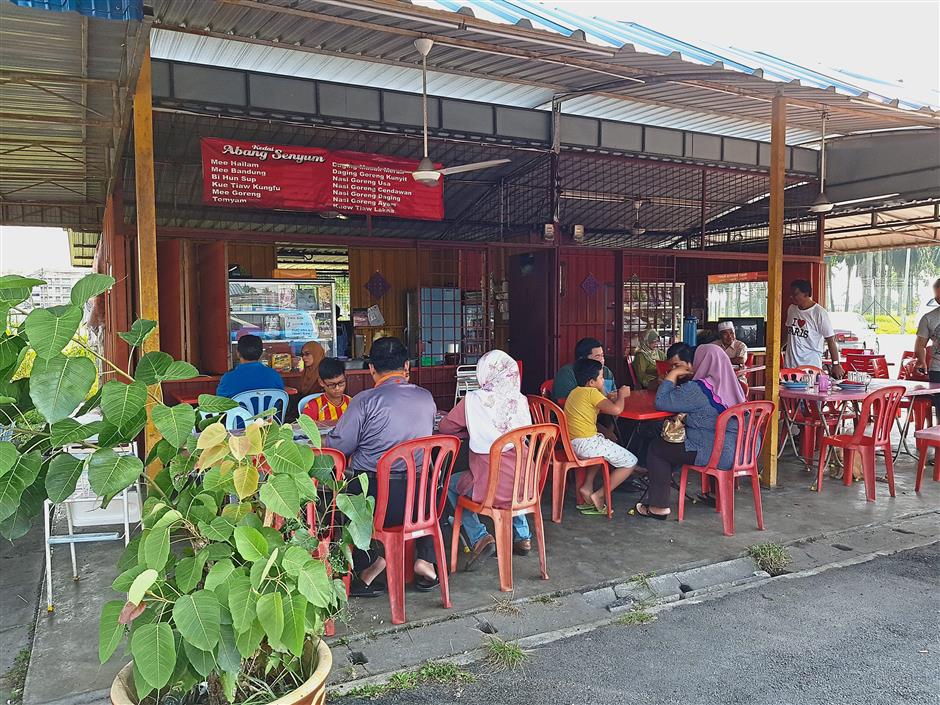 Voters stopped at stalls like this at Chodoi in Kuala Langat to enjoy the beverages and local fare on a hot and humid day.

He let out his frustration when a woman in wheelchair was allowed to cut the queue and enter a stream before he could.

Fortunately, another man reasoned with him and calmed him down. 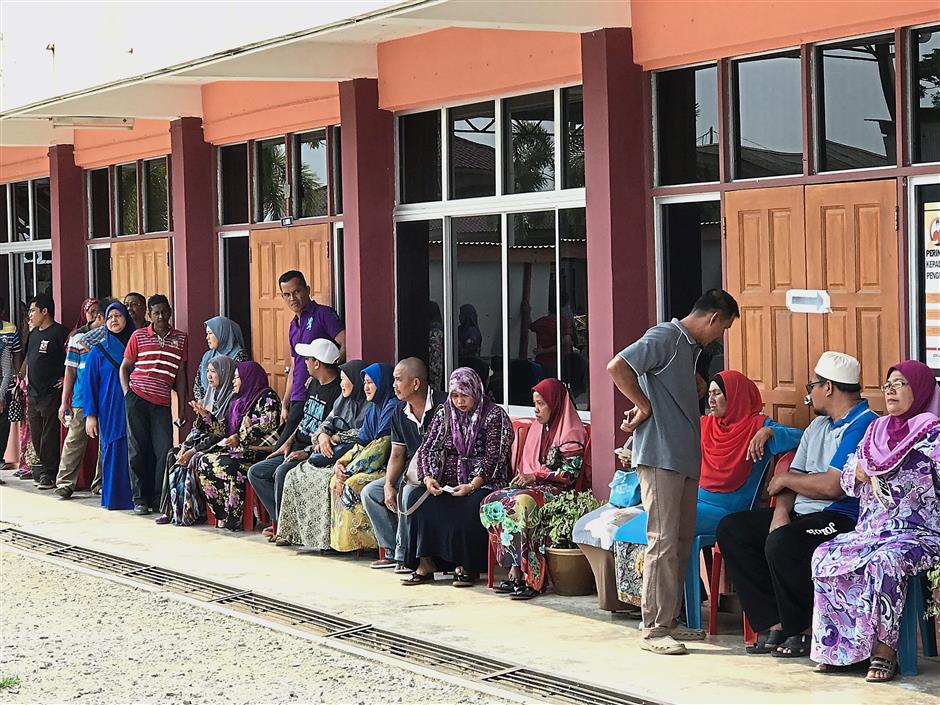 Elderly voters taking a seat while waiting in queue to vote at SK Sungai Burong in Tanjong Karang.

Among them was 99-year-old Zainab Ahmad, who was happy to fulfil her obligation as a citizen with their help.

Similar sentiments of patriotism were spoken by citizens elsewhere.

Eighty-three-year-old Liew F.C., who voted in every general elections in the country, when met at SK Pusat Bandar Puchong, in Puchong, said this time there was no different. 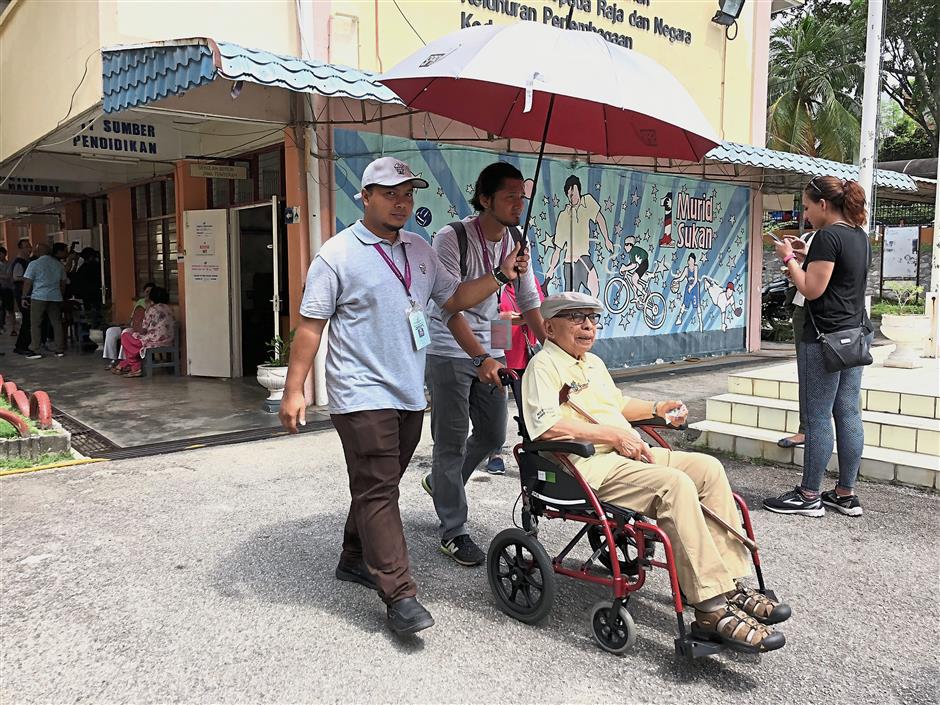 A wheelchair-bound senior citizen being escorted to his stream at SK Bukit Damansara.

“If you want good for your country, you must do you part,” said the retired teacher who was seen waiting for her son outside the school.

Semenyih resident Loong Mun Fook, 35, said the wait was much longer this time compared with the last two elections, but it was not a hassle as it was a once-in-five-years occasion.

“I was not expecting so many people here, the queue was so long I had to double-check if I was at the right place.

“It is a long wait under the sun, but I can take it, and it is nice to see so many voters carrying out their duty today,” he said. 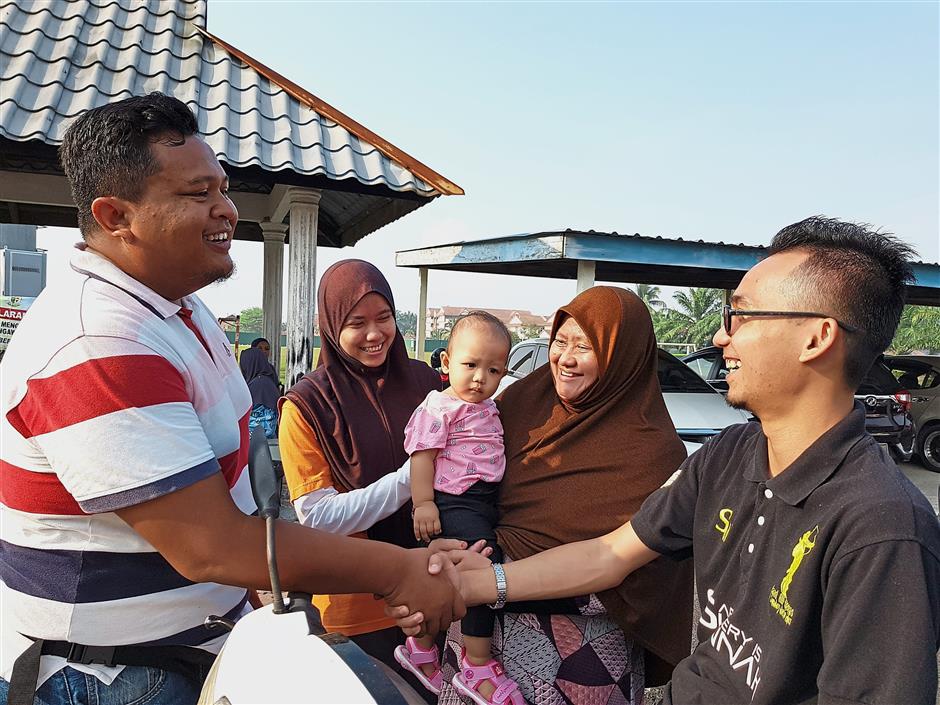 Polling stations became a place for old friends and neighbours to meet as seen here in SK Bandar, in Kuala Langat.

Over at SMK Seafield in USJ 2, Subang Jaya, student athlete Zunaira Zakaria, 23, was seen casting her vote with her sisters Nurul Farina Zakaria, 24, and Noor Hidayah Zakaria, 33, and their neighbour Raihan Rahmat, 33.

She represents the state (Sukma) and country (World Cup) in shooting.

“We are voting for our future, we need changes,” she said.

The four had studied at the school and returning to their alma mater to cast their vote was a nostalgic experience. 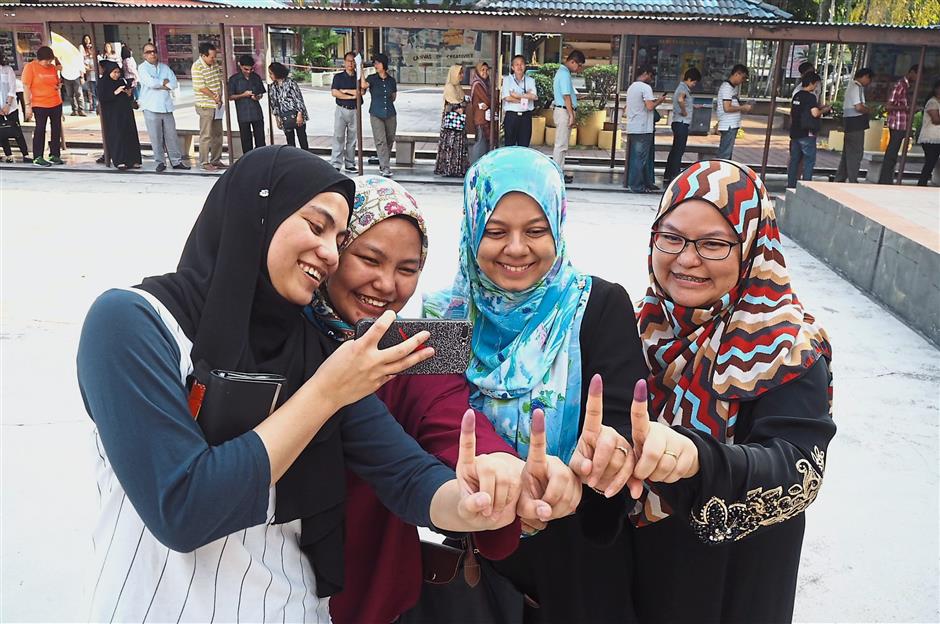 Zunaira (left) cast her vote with her sisters Nurul Farina (second from left) and Noor Hidayah Zakaria (right), and their neighbour Raihan Rahmat (third from left).

Nurul Farina said they saw many former schoolmates and even teachers while waiting in line.

Some groups were also spotted with wide smiles as they showed their ink-stained fingers to the crowd in the queues in a polling station in Kuala Langat.

Polling stations were also the place for people to catch up with old friends and relatives.

In SM Seksyen 19, Shah Alam, Yusof Mat Dahar, 59, said, “I am not sure why it is taking so long. Lucky the weather is fine, it was hot earlier. However, while waiting we get to meet old friends and neighbours so that is nice,” he added. 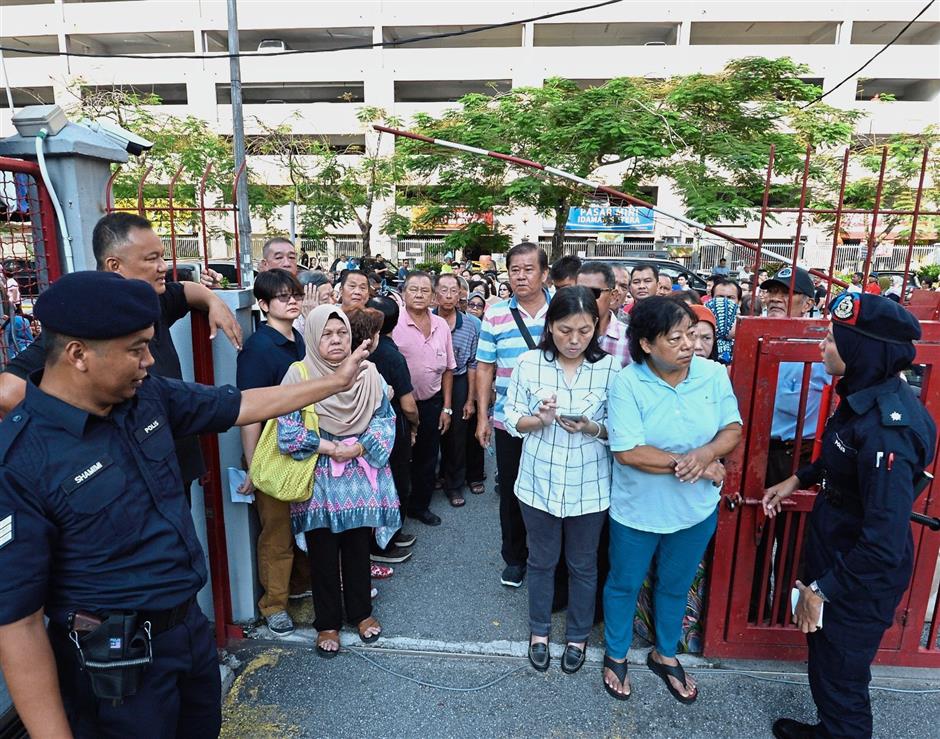 Voters were already gathered at the gate outside SJK(C) Lee Rubber in Wangsa Maju before the start of voting at 8am. — Ong Soon Hin/The Star

Outside the polling stations, the usual din was missing as party supporters had been banned from fishing for votes outside the centres.

Many were surprised but happy at the calm and quiet.

Meanwhile it was brisk business for stalls around the area as the humid and hot weather saw a big crowd enjoying the cool beverages and local fare.

“All is going fine and people are streaming in according to their own timing, he said.