Lim says the party will apply for funds from the state government to repair the access gate system as well as instal CCTV cameras at the Templer Flats.

Seremban MCA secretary Lim Kok Kian, who is widely tipped to contest the Lobak state seat in the upcoming election, said the repairs were necessary as the most recent suicide was the 71st case at the 54-year-old flats.

A 20-year-old female had jumped to her death from one of the 14-storey blocks.

“Due to the high number of suicides, we installed a gate system there a few years ago, which allowed only those with access cards to enter the flats.

“But it was vandalised and has been out of order for some time,” he said.

Lim said repairs were estimated to cost around RM30,000.

Part of the funds would also be used to instal CCTV cameras to prevent vandalism of the access gate.

He said since there were many suicide cases there, MCA would also put up signs with the contact numbers of Befrienders Malaysia at every level as well as in the lifts.

“If they somehow manage to get past the gate, we hope they will at least try and talk to someone before deciding to end their life.

“We will also put up positive and inspirational messages along the stairways,” he said, adding that the contact number for Befrienders Malaysia was 03-7956 8144/5. 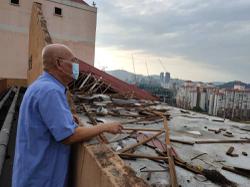 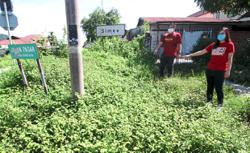