Some of the volunteers who took part in the community beach cleaning programme in Pulau Libaran.

KOTA KINABALU: Young conservationist Iszuddin Ahmad Izham, who has been selling cookies to raise funds for turtle protection efforts, had the chance to witness the release of turtle hatchlings.Iszuddin, 12, who flew to Sandakan from Kuala Lumpur with his father, was invited for an event to mark the release of the 30,000th hatchling in Pulau Libaran to thank the boy for his concern and interest in turtle conservation.

Friends of Sea Turtles Education and Research (Foster) president Alexander Yee said it was heartwarming to see such a young boy wanting to do something for conservation.

He said Iszuddin had decided to bake cookies and sell them on weekends to raise funds for the community beach cleaning after reading about the work of Walai Penyu Conservation Park.

Yee said the release of the 30, 000th hatchling was an important milestone in their efforts to protect turtles.

“It has been challenging ever since we started in 2013 but we are glad to have reached this point,” he added. 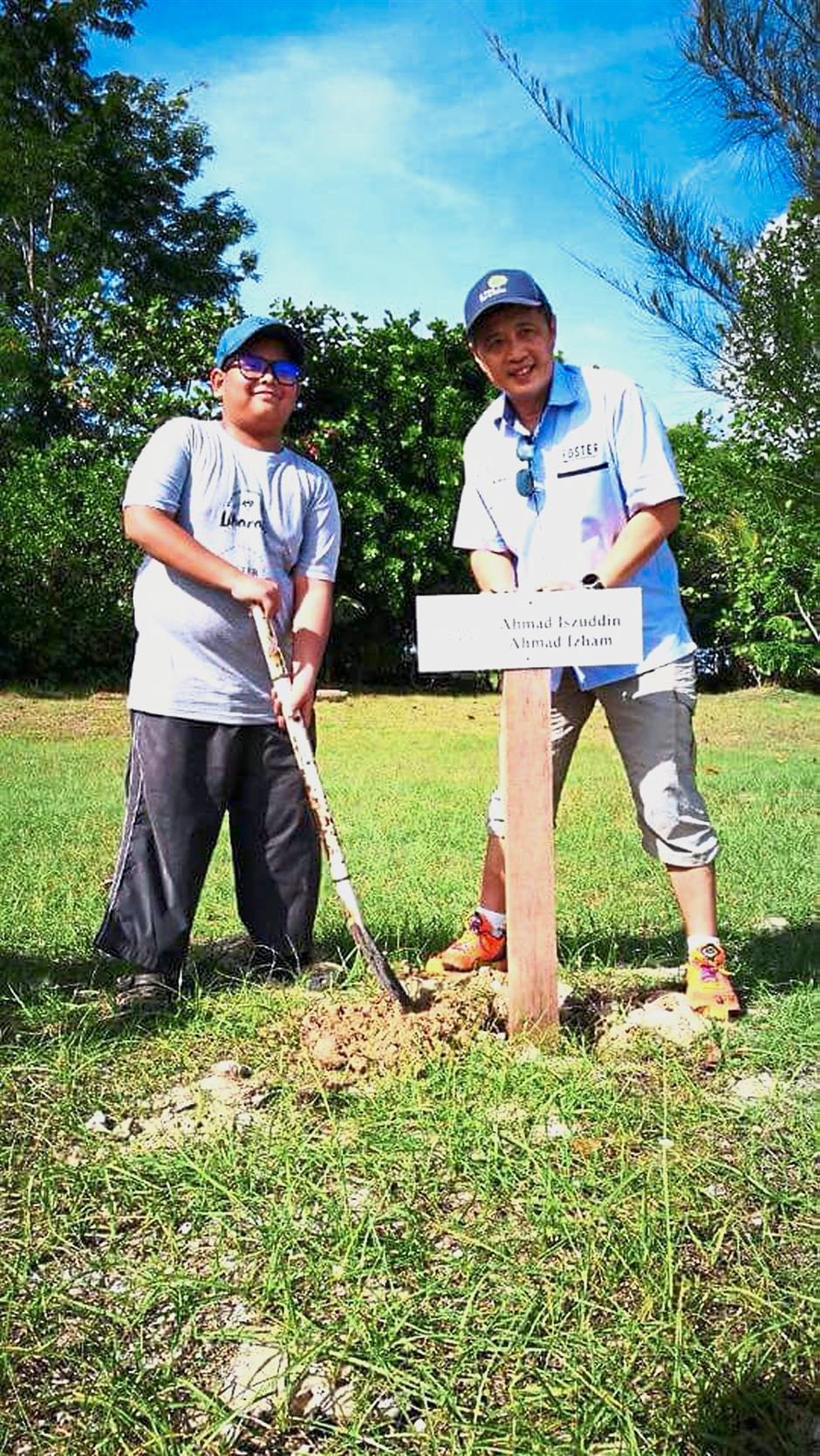 Iszuddin (left) and Yee putting up a signboard marking the 100m area adopted by the former.

Yee, who is also the conservation park’s managing director, said the joint effort with Sabah Wildlife Department had managed to raise awareness among the public, especially villagers living on and around the islands.

During the event, 40 SK Pulau Libaran pupils were also invited to tour the hatchery and listened to a talk on the turtle protection programme.

They then joined villagers to clean part of the beach.

“A clean shoreline makes it easier for the turtles to come ashore to lay their eggs,” Yee said.

Earlier during the event, Iszuddin presented Yee with 30 copies of his self-compiled cookbook - Kitchen With Iszuddin.

The 20-page recipe book has 11 of Iszuddin’s favourite recipes from cookies to desserts, some facts on the ocean and beach as well as two colouring pages.

The books are available for sale on the Facebook page of Walai Penyu Conservation Park with all proceeds gong towards the Pulau Libaran turtle hatchery.