Dr Chan (second left, front row) and artistes who will be performing at the launch posing in front of the mosaic wall in Karpal Singh Drive

A WOMEN’S Mosaic Wall has been created to mark the upcoming International Women’s Day 2018 in Penang.

Located at Karpal Singh Drive, the first-of-its-kind mosaic wall with 80 pieces of art will be unveiled on March 4 at 7.30am.

“The art was to encourage people to think of the women in their lives and to appreciate them for all they had done,” she said during a press conference near the Blue Sky monument in Karpal Singh Drive recently.

She said the launch would also see live performances dedicated to women’s unseen contributions to their families and communities.

Junior Chamber International Pearl’s ‘Run with Flying Colours’ will be held on the same day. 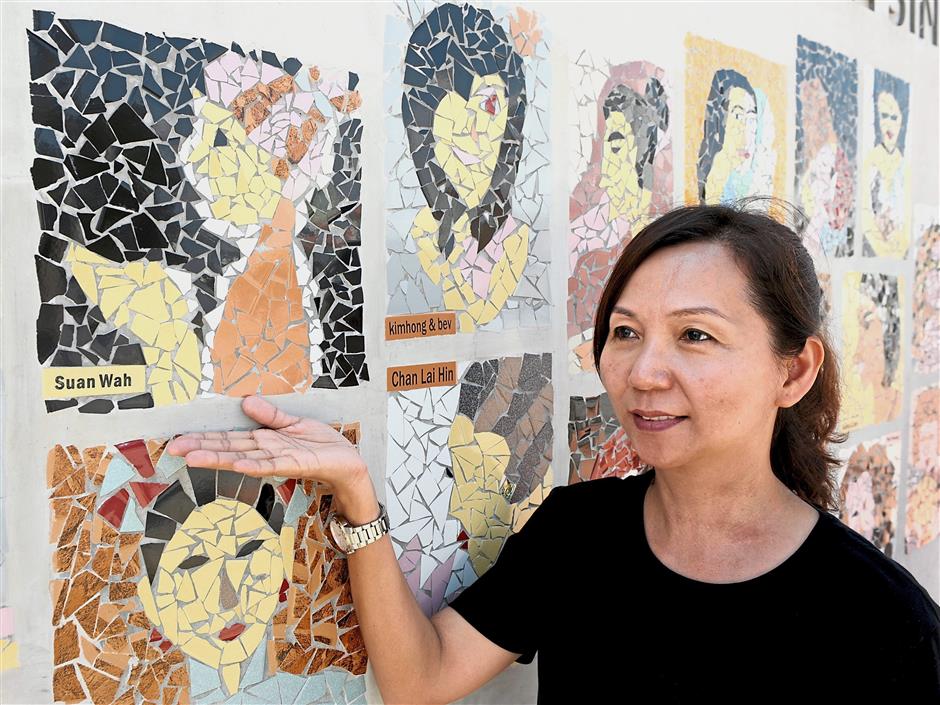 Ang showing her mosaic artwork on the wall

“Having the wall built is part of our social responsibility duties.

“We hope it will create more appreciation for women and their contributions,” he said.

A contributor to the wall, Beh Chooi Heah, 61, said she did not expect to see her mosaic artwork become part of a public permanent fixture.

“My piece was based on a photo of an athlete and I can’t believe it will be part of this mosaic wall,” said Beh.

She volunteers for the Women’s Centre for Change office in Seberang Prai.

“It was a fun experience,” said Ang.

“The biggest challenge was getting the mosaic pieces into the right size,” she added.