Bazaar a hit with visitors

A lion dance performance watched by a large crowd at the bazaar.

Miri: Miri’s annual Gong Xi Bazaar is a prime example of the multiracial togetherness of the diverse communities in the city.

State Assistant Tourism Minister Datuk Lee Kim Shin praised the event’s inclusiveness in providing stalls not only for the Chinese but also other communities.

“Everyone is willing to work together in projects such as this that benefits the city and community,” he said.

The event which is in its 16th year, was jointly organised by the Miri City Council (MCC) and Miri Chinese Chambers of Commerce and Industry (MCCCI).

“I am glad to see the strong support from the business community. 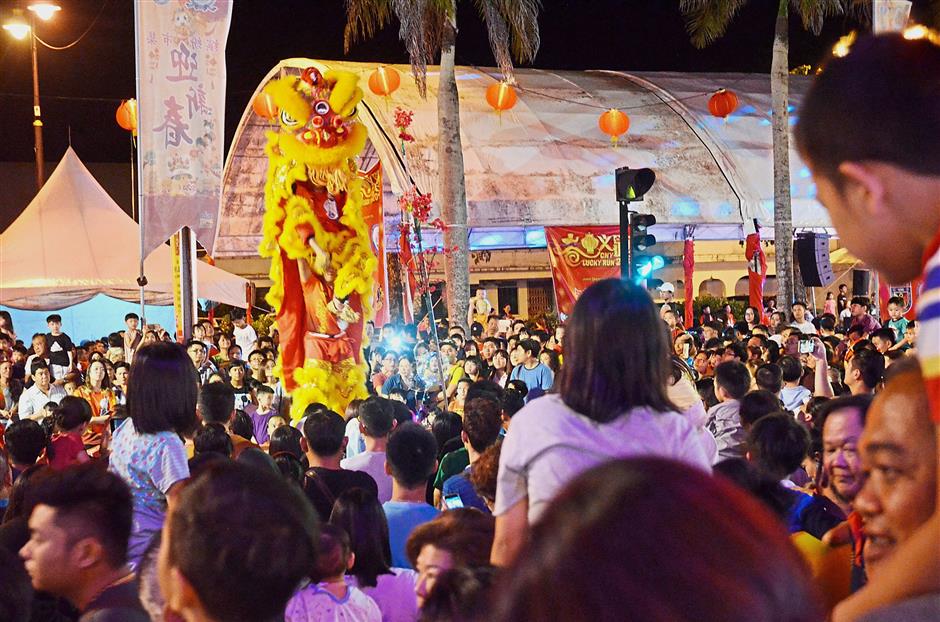 A lion dance performance watched by a large crowd at the bazaar.

“I hope they will continue to support this event to make it even more attractive to visitors.

“I hope the private sector will continue to organise similar events to draw tourists for the Visit Miri Year 2018 campaign,” he said.

Lee urged the Gong Xi Bazaar organisers to emulate other cities in coming up with different decorations every festive season. 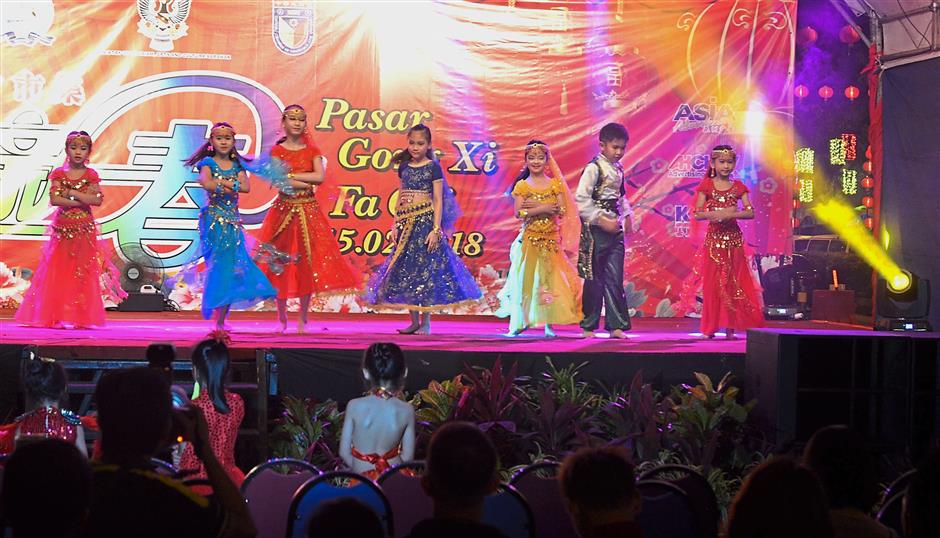 Children performing an Indian dance at the event.

“We must also recognise the importance of digital tourism and promote this event ahead of time to outsiders such as tourists from China,” said Lee.

Miri mayor Adam Yii noted the bazaar was well-received by all communities in Miri.

He said that the programme had achieved its objective of getting all races to come together and share festive celebrations in harmony.

“We are grateful that the state Tourism Ministry had included this programme in the annual tourism calendar of events.

“I would like to express my sincere appreciation to all the government departments, organisations, agencies, private entrepreneurs, traders and individuals for their contributions in making it a success,” he said. 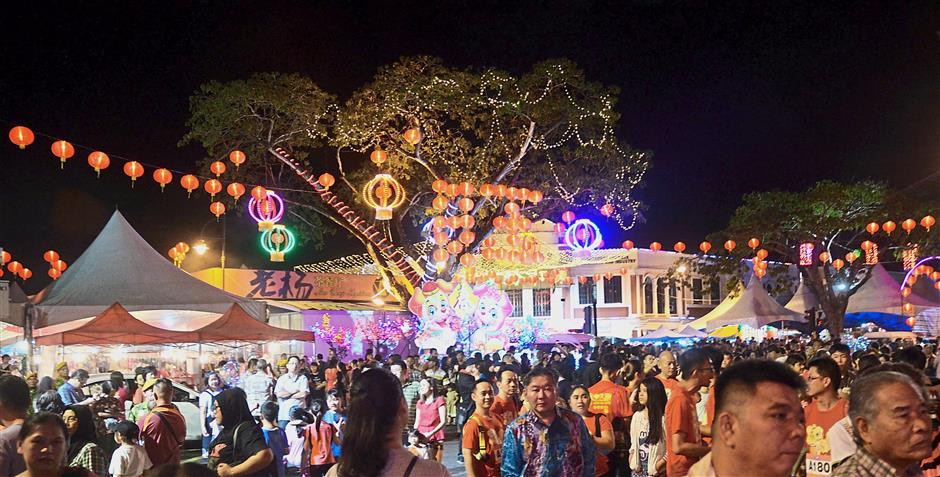 The word ‘wang‘, which means prosperity, is formed out of red lanterns at the centre of High Street where the bazaar is being held.

Yii also urged stakeholders to give their support and cooperation to promote the city extensively for Visit Miri Year 2018.

This year’s Gong Xi Bazaar kicked off with a charity run involving 600 runners which raised RM22,388,88 for the Miri Kidney Dialysis Centre.