Boom time for hotels in Penang

THE influx of tourists during the year-end holidays has been a boon to hotels in Penang, with many reporting good occupancy rates.

Local travellers, as well as those from neighbouring countries and booming markets like China and Europe make up the bulk of numbers.

Hotel Equatorial Penang, which has the most rooms for a single property in the state at 662, saw occupancy rise to between 80% and 90% earlier this month.

“This year, we noticed a sizeable number of locals from the central region. 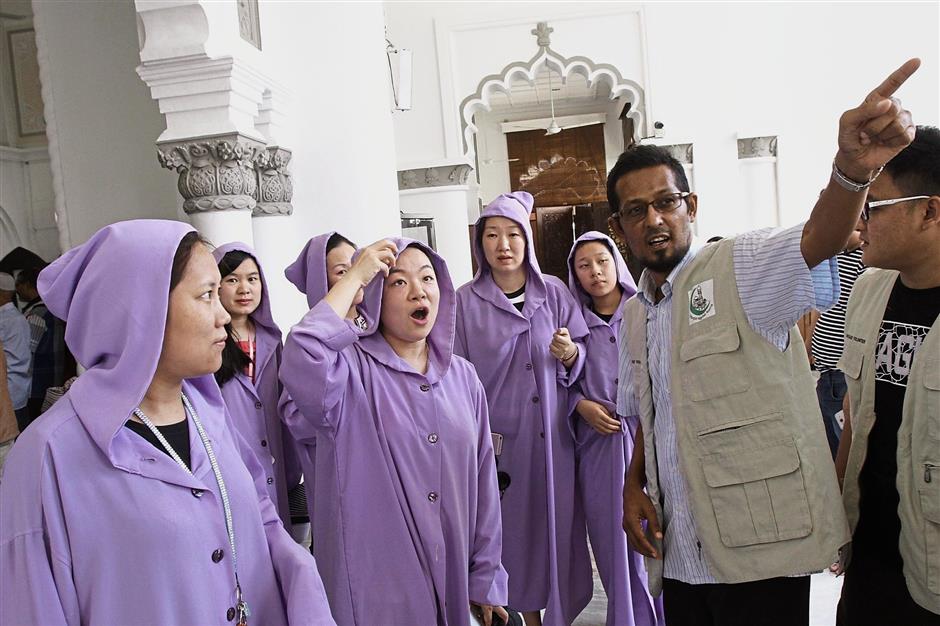 Tourists (in purple) admiring the architecture of Masjid Kapitan Keling.

“We also had many big tour and conference groups throughout the year, while numbers of international corporate travellers from America, Germany, the United Kingdom, the Netherlands and Italy are also picking up," she said.

She said the hotels had been averaging 85% throughout the year, with a large portion being corporate travellers.

The surge in December is typical, said Christina, as leisure travellers come in for the year-end holidays.

“In fact, we were fully booked for five days, including the recent Christmas weekend,” she said, adding that many were from Singapore and America.

The 232-room Eastern and Oriental (E&O) Hotel had an average occupancy rate of 87% in December, though the numbers have been steady throughout the year. 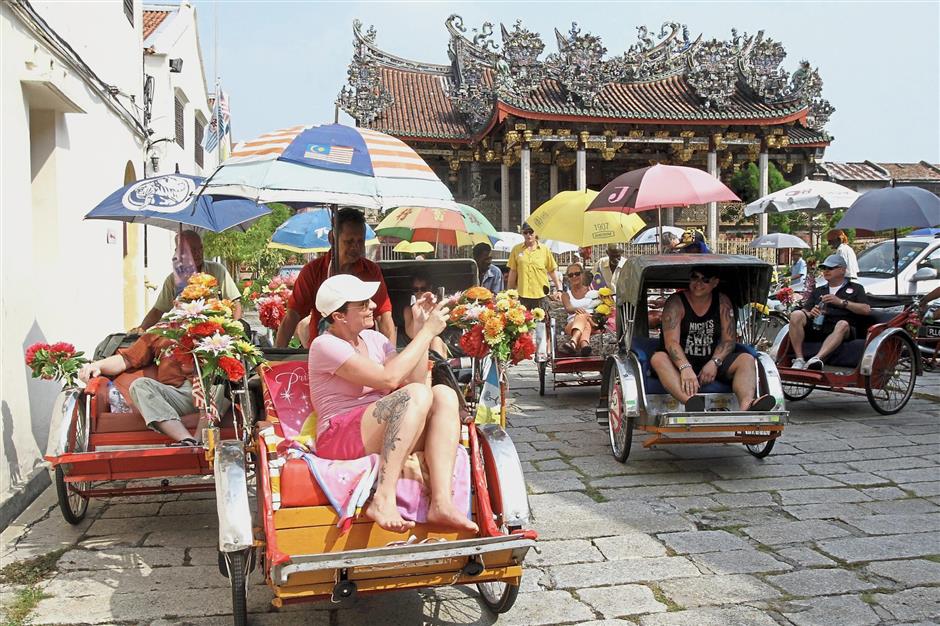 “Malaysia, and in particular Penang, is also a favoured destination among Europeans as it is affordable and safe, besides having wonderful weather, people and food,” Saxon said.

“Hospital statistics also show a total of 187,376 foreign patients, which brought in revenue of RM259.3mil in the first six months of this year, compared to 175,216 patients and revenue of RM131.7mil the same period last year.

“Cruise calls to Swettenham Pier are also rising. We've had 125 calls up to September this year, with more coming in now as Westerners escape the winter season.

“By comparison, Port Klang had only 78 cruise calls as of September,” Law said in a press conference at Komtar yesterday.