Back lanes safer for pedestrians and cyclists after makeover 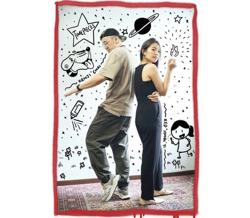 Youths playing the traditional game of hopscotch drawn on recycled timber pavement while other lane users check out a display set up on the spruced up back lane connecting Magazine Road and Gurdwara Road. In the background is the Gama supermarket.— Photo:CHAN BOON KAI/The Star

THE back alley connecting Jalan Magazine and Jalan Gurdwara spots a new look after undergoing a RM840,000 makeover.

The 135m-long back lane with a width of 870sq m area has been paved over with interlocking bricks and recycled timber designs.

Lights have also been installed to brighten up the alley in the evening.

Chief Minister Lim Guan Eng, who launched the project on Friday, said the project was intended to create a safer and cleaner alternative route for pedestrians and cyclists.

He thanked M-Summit Group, who financed the RM800,000 cost of the project, and also World Class Global which contributed the rest.

Penang Island City Council (MBPP) secretary Yew Tung Seang said the project was completed in six months shortly after it received the support of 91% of the respondents in a survey conducted early this year.

He said the alley, which could be used as a cycling lane, would be able to improve the negative perception of back lanes.

“MBPP is working on upgrading three other back lanes. One of them is from Jalan Cheong Fatt Sze to Jalan Dr Lim Chwee Leong, which is now in designing stage.

“The second one is from Lebuh Keng Kwee to Jalan Dr Lim Chwee Leong, which is in construction stage, while another is the alley located at the side of the Bank of China building at Beach Street, now at the application stage for plan approval,” he said.