Some of the recipients showing their awards at the MCIEA 2017, which was held in Kuala Lumpur.

Now in its 17th year, MCIEA2017 recognised individual, organisations and projects which contributed and demonstrated excellence in performance, and improvement and enhancement of the industry’s image.

“CIDB Malaysia strongly encourages the sectors to undertake real and meaningful transformation and remain as the backbone of Malaysia’s socio-economic growth.

“Through MCIEA, we wish to give recognition to the contributions of industry players who have stepped up their game and now lead the industry by example through their all-round excellence,” he said.

A total of 26 awards were given out at an award presentation ceremony held at Hilton Kuala Lumpur.

The panel of judges consisted of highly-regarded and vastly-experienced industry experts and veterans. 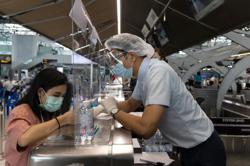