Changing perceptions one cocktail at a time

Simplifying it: Joshua Ivanovic, 31, a mixologist from the UK, started Cocktail Solutions in April 2013 to make ready-to-drink cocktails.

The work week is done, and you’re looking to wind down at a night spot with some good music, beer and maybe a cocktail or two – maybe, because cocktails are iffy and don’t always meet expectations.

Joshua Ivanovic, 31, a mixologist from the UK, who has worked and consulted with restaurants and bars in many countries, including Malaysia, says most cocktails served at bars are either too pricey or are not up to standard. And that bugs him.

To ensure cocktail lovers get the best and freshest glass of cocktail, Ivanovic decided to start his own cocktail business. He teamed up with Alexandra Rodriguez, 28, and started Cocktail Solutions in April 2013, specialising in ready-to-drink cocktails.

Rodriguez’s connections in the media industry and Ivanovic’s contacts in the F&B industry enabled them to spread word of their new business.

Rodriguez, the company’s marketing director, says both she and Ivanovic have attended numerous events in Kuala Lumpur and found that many organisers choose to serve beer rather than cocktails.

“If there was cocktails, it was limited or didn’t taste very good,” she says. 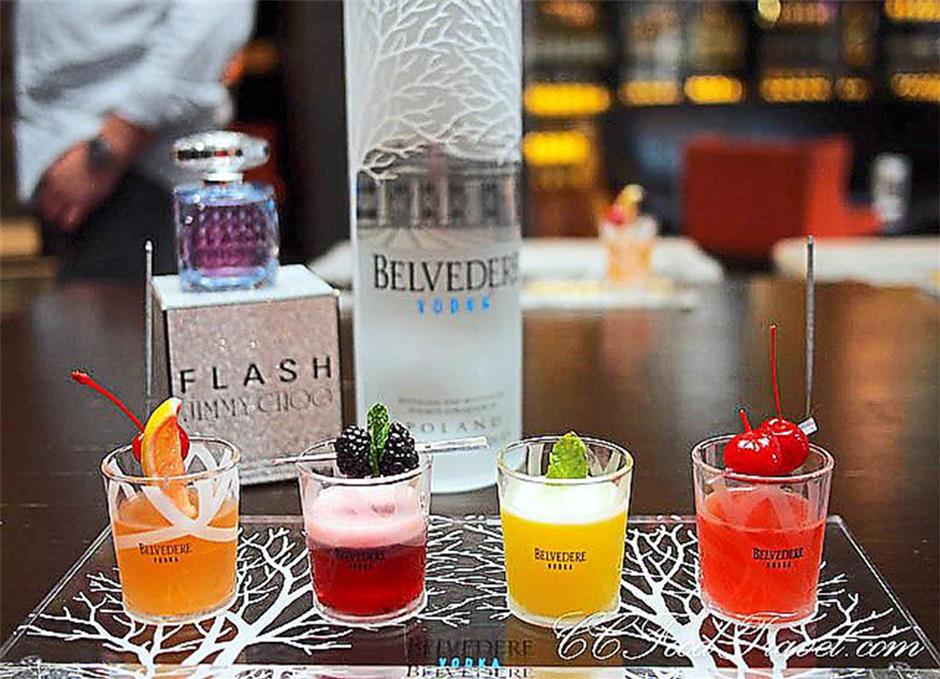 Quick and easy: With their ready-to-drink concoctions, the company can quickly serve up their cocktails by just adding garnishings.

Rodrigues notes that the consumption of cocktails is most commonly linked to special events, but says this shouldn’t be the case. Realising there was a gap in the market they could fill, the two decided to dive in with their very own brand of cocktails.

Rodriguez says the idea behind the business is not just to provide people with good quality cocktails but also to change people’s perception of the drink. They also want people to be able to get good cocktails at a reasonable price.

Whatever the occasion, they want customers to just chill and enjoy the cocktails.

Before starting Cocktail Solutions, Ivanovic spent three months on research and development, experimenting with different ingredients and mixtures to produce the best classic cocktails possible. To get feedback on his mixes, Ivanovic and Rodriguez used their friends as guinea pigs, inviting them over for tasting sessions.

“It wasn’t just mixing a few flavours and ingredients together and serving it,” Rodriguez says.

“We needed to ensure there was a perfect balance for each drinks and that it would taste good when placed in a bottle with a shelf life of about a week,” she explains.

They consulted a nutritionist to advise them on shelf life. “For optimal taste, it’s best to consume the cocktails within a week,” says Rodriguez.

Their company now produces six classic cocktails – Strawberry Daiquiri, Lychee Martini, Mojito, Mai Tai, Cosmo and Margarita. Ivanovic says starting his own business has allowed him to be creative with his concoctions. With his bartending skills and Rodriguez’s strong media networking put to good use, their business picked up quickly.

Cocktail Solutions started serving their drinks at fashion events through Rodriguez’s contacts and is slowly moving into corporate events, weddings, birthdays and anniversaries.

Each bottle they produce contains 290ml of drink and an alcohol by volume of 7.5%. One cocktail bottle can fill up about two martini glasses, and it costs just RM15.90 per bottle. Cocktail Solutions’ set of six bottles are priced at RM95.40, and RM381.60 for a set of 24 bottles.

Rodriguez says customers who return bottles for recycling will be given 20sen per bottle.

According to Ivanovic, their ready-made cocktails are much cheaper than cocktails at bars. Orders can be made online on their website or through the contact number on their Instagram page. 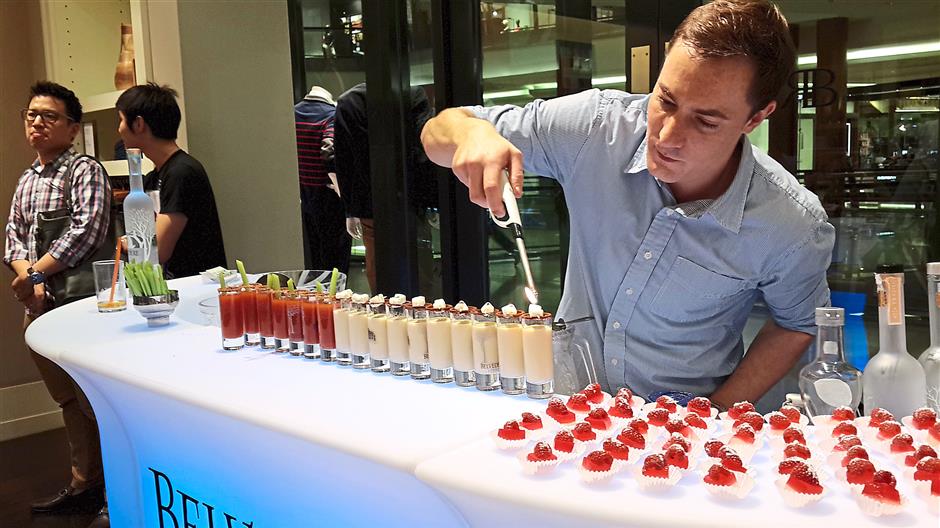 There is also a Friday after-work promotion where for every 18 bottles purchased, six will be given for free. No added tax will be charged for orders that come in before 5pm.

Ivanovic says there is always stock for the six classic flavours which they make weekly. Apart from serving cocktails at events, they also offer home deliveries. Order a minimum of six bottles, and your cocktails will be delivered to your doorstep for free if you reside within Klang Valley.

Ivanovic reveals that they needed only a small capital to start the business.

“We wanted to start small and see how it would fare,” he says. “Initially people didn’t know how it worked. A year later people started to grasp the idea,” he says.

With great support from their friends, the duo’s business grew and, within the first month, they had received about 500 orders. In less than a year, they had made about RM50,000. Laborious no more: Most event organisers prefer to serve beer rather than cocktails because the latter takes time to rustle up, and quality can be inconsistent. But Ivanovic has come up with a great solution with his bottled cocktails.

When they first started serving at events, they would hire temporary bars for big events and use dressing tables for smaller events.

“They (bars) were too big and the workstations weren’t close to each other, so you would see bartenders running from one end to another just to prepare the drinks,” Ivanovic says.

He later decided to design his own pop-up bar with wheels, to ensure no time is wasted in serving customers. The bars he designed provides optimum space for movement, as speed is important. Now, he also rents out his 5ft by 2ft pop-up bars.

Ivanovic says the cocktails are made daily and stored in bottles.

Though he has help in mixing the cocktails, Ivanovic remains hands-on in the production process to ensure consistency in taste and quality.

A hundred bottles of their ready-to-drink cocktails are made at any one time for three to four flavours, and everyday they use 1,000 bottles.

For events, he says, the number of bottles made depends on the duration. “A lot of our events are up to three hours, so I would write a menu for four drinks to serve. I keep extras too, for emergency purposes,” he says.

Other than serving their ready-made cocktails at events, they also sell the bottled cocktails.

The six bottle of cocktails make up 40% of their business. These are rarely sold “as is” especially since the company offers customisations.

“We allow customers to customise their drinks, changing ingredients, adding colour and even creating special labels to fit the theme of their event,” says Rodriguez.

Ivanovic says if there are requests for customisation of flavours, he will draw up recipes built around customers’ preferences. Tasting is done within a week of creation – at his office or with a sample of the mixture sent to the customer.

Orders must be made 24 hours ahead of time for ready-to-drink flavours, while for customisations, orders must be made at most within five working days’ notice. Two weeks’ notice is needed if it involves serving at events.

Aside from word-of-mouth, Cocktail Solutions attract customers through their website and Instagram page. They have also set up a pop-up store in Ben’s Independent Grocer to showcase their products. Business is certainly doing well as the duo have even received requests to serve at events overseas.

They have been approached by interested parties to open franchises but Ivanovic says this is something to explore in the future.

This year, they will focus their efforts on expanding their workforce to include a sales manager and a team of temporary waiters.

“We will also reinvest in more equipment for our business,” says Rodriguez.

They will also look into stocking their cocktails in restaurants and bars.

“We also hope to sponsor events like concerts, festivals and even charity events,” says Rodriguez, adding that they are thinking of starting an online store for their brand.