Holding on to its southern charm

JOHOR Baru is undergoing a multi-billion ringgit transformation to retain its unique charm.

The southernmost city in the peninsula is the main entrance for visitors entering Malaysia from Singapore using the Johor Causeway. 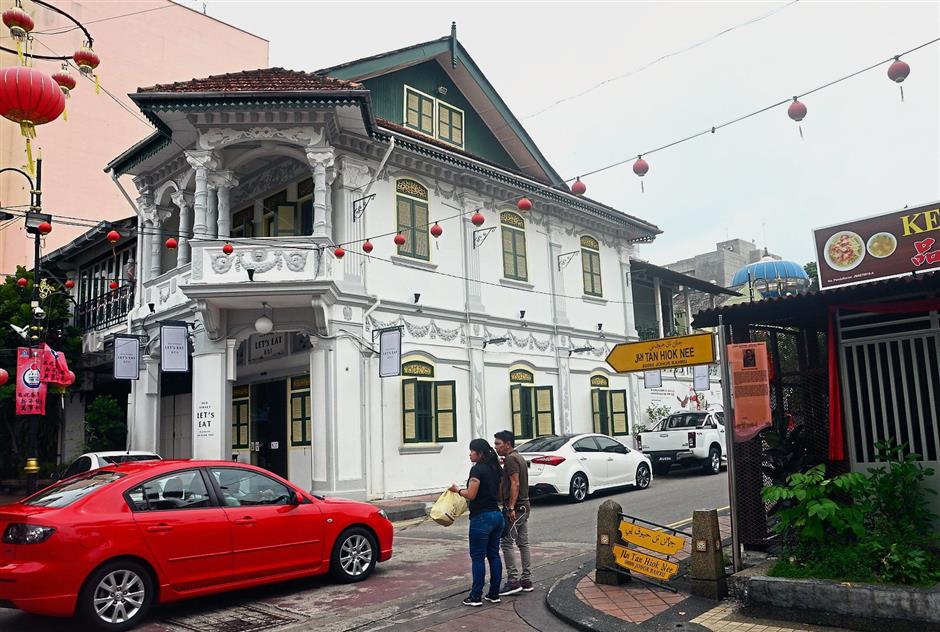 Well-preserved pre-war shophouses can be found in Jalan Tan Hiok Nee in the old part of Johor Baru city centre.

The town was founded in 1855 as Iskandar Puteri when the Sultanate of Johor came under the influence of Temenggong Daeng Ibrahim.

The area was renamed Johor Baru by Sultan Abu Bakar Ibni Temenggong Daeng Ibrahim in 1862 and became the capital of Johor when the state’s administrative centre was moved from Telok Blangah in Singapore. Many pre-war shophouses in the old parts of Johor Baru city centre have been converted into restaurants and cafes.

The city was also known as “Little Swatow” (Shantou) among the Chinese as most of Johor Baru’s Chinese residents are Teochew people whose ancestry can be traced back to Shantou, China.

They first started arriving in the mid-1880s, during the reign of Temenggong Ibrahim.

Johor Baru was granted city status in 1994 and Johor Baru’s sister city is Istanbul in Turkey. 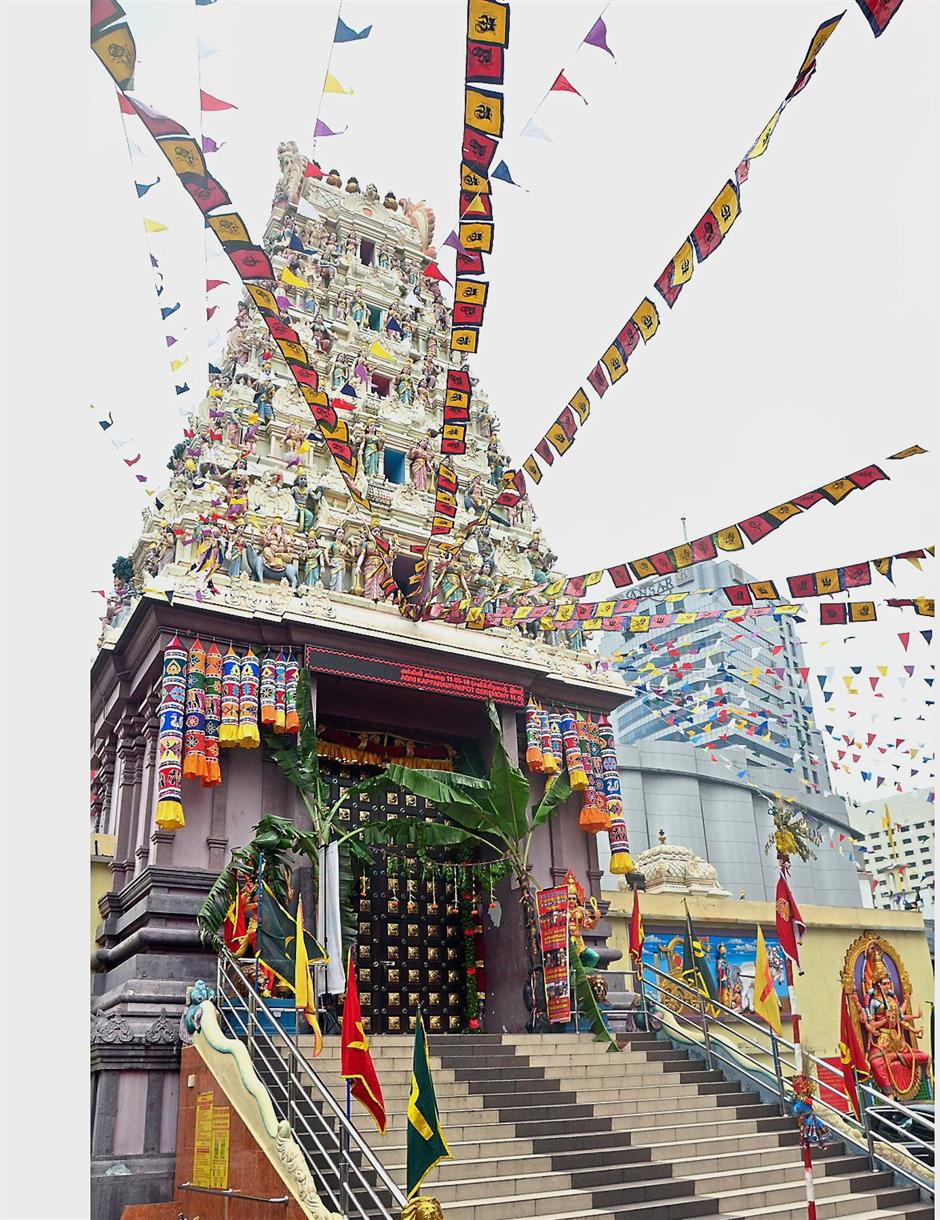 The city centre’s on-going transformation project is one of the five flagship zones in the Iskandar Malaysia development corridor. Thanaveeran (right) and his sister-in-law B. Diwi manning their titbits kiosk in Jalan Dhoby.

The rehabilitation and rejuvenation of Sungai Segget, which flows parallel to Jalan Wong Ah Fook in downtown Johor Baru, is the focal point of the redevelopment project of the city centre.

The 1.3km-long and 25m-wide Sungai Segget, was said to be one of the dirtiest rivers in the country before it was rehabilitated. The river was covered up in 2005 at a cost of RM6mil.

Some RM240mil was spent under phase one and two of the rehabilitation and rejuvenation project of the river. Customers selecting pastry at Salahuddin Bakery in Jalan Dhoby, one of the surviving old-world bakeries in Johor Baru.

The growth of Johor Baru has been associated with Sungai Segget. In the old days, it was a key point where ships came in to load and unload their goods.

Snack vendor A. Thanaveeran, 48, said while it was good that Johor Baru’s city centre was undergoing transformation, there were several issues that the authorities need to solve. Yeow (right) and Chen at the kapok pillow and mattress shop in Jalan Dhoby.

“Getting a parking spot is challenging here and also there are many budak jaga kereta (parking touts) who demand money from drivers even though they have parking coupons displayed,” he said.

Thanaveeran also hopes the Johor Baru City Council (MBJB) will place more rubbish bins along the pavements in front of shophouses as the existing bins are always overflowed with rubbish.

The proprietor of a shop selling kapok pillows and mattress, Stanley Yeow, 36, said many shophouses in downtown Johor Baru still conducted business in the traditional way, such as a bakery that still uses a charcoal oven and old-fashioned laundry. “The authorities should organise more heritage trails to attract visitors to the old parts of Johor Baru,” he said.

Yeow also suggested that something be done about the lack of parking and dirty alleys in the city. He said there were also no public toilets within the vicinity except at a nearby shopping complex.

“There are also many drunkards and drug addicts who sleep along the pavement after shops close,” said Yeow. Mohd Hiza hopes the authorities will not close down the Bazar Karat JB.

Lily Chen, 50, one of Yeow’s employees, hoped the authorities would regularly clean the drains of rubbish and deploy more cleaners to take care of the area.

Mohd Hiza said the old parts of Johor Baru with restaurants and cafes operating in pre-war shophouses offering local, Western and fusion cuisine were the main attractions in the area for visitors. “The night bazaar, or popularly known as Bazar Karat JB, is also one of the main attractions for visitors. Hopefully the authorities will not close it down.

“There has been talk that Bazar Karat’s days for are numbered, but visitors, including Singaporean and Indonesian tourists, also patronise the restaurants and cafes,” he said. 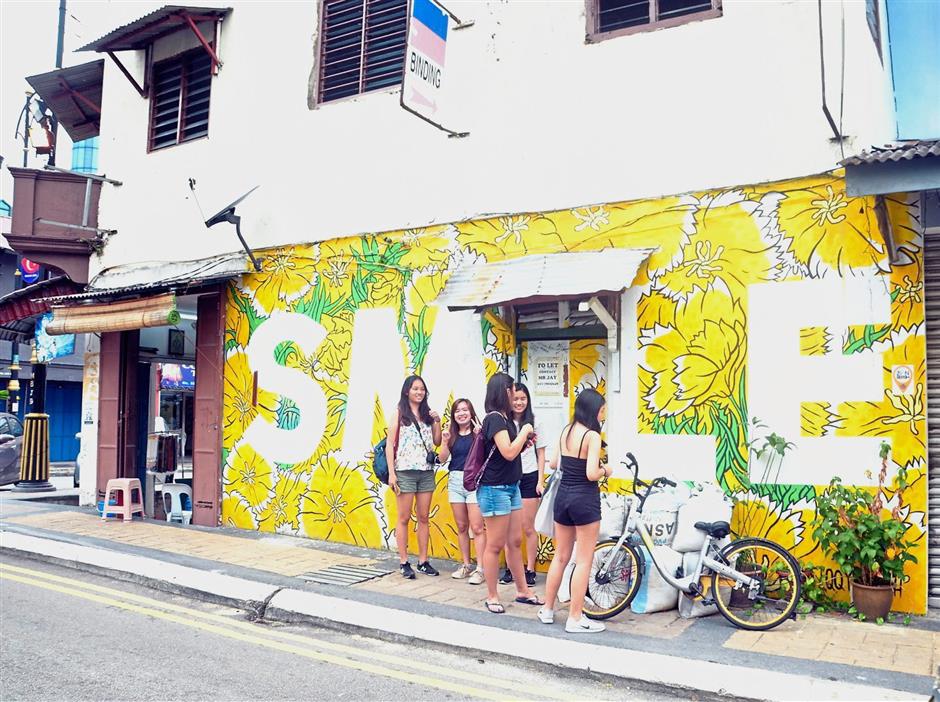