Grasping the basics of skiing in PJ

safety gear and ski boots are available at First Traxx.

AS I skied along the AstroTurf snow surface at First Traxx in Petaling Jaya, I was reminded of the first time I gave it a go with my friend in Sapporo, Japan.

In comparison, skiing on the infinity slope at Malaysia’s first ski and snowboarding centre was surprisingly more difficult.

The coarse surface generates more friction, making it harder to manoeuvre your skis. It also requires endurance and stamina and most importantly, the right technique.

Before you know it, your knees are aching and your body gripped by fatigue. A participant on the slope of the ski and snowboarding centre. — Photo courtesy of First Traxx

During our trip in Sapporo, we skied “blindly” on the snow-covered slope as we were not equipped with the basics of skiing. I did not know the proper way to move forward and stop, and often landed on my rear.

Hiring a trainer was too pricey; most travellers would think twice before spending that kind of money.

Fortunately here in Malaysia, skiing has slowly gained traction with locals starting to flock to countries like Japan and South Korea to indulge in the adrenaline-pumping sport.

This is how First Traxx can give you a head start. 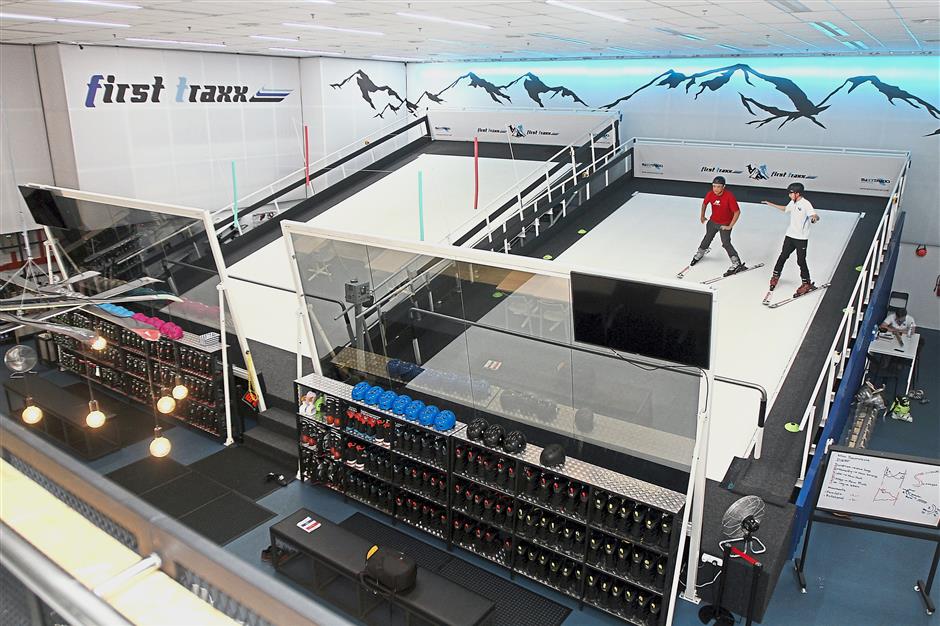 First Traxx co-founder and operations director Izhan Hassan said: “Every year when I go skiing and snowboarding with my brother, we see more and more Malaysians doing it.

“Since skiing and snowboarding can only be done in the winter, the muscle memory and muscle tone will be ‘gone’ between seasons as nothing can prepare you better than the sport itself.

“Every time Malaysians go skiing, they waste a few days learning, which rarely helps. By the time they are ready, they have to go home.”

Started in Oct 1 last year, the establishment allows keen skiers and snowboarders to hone their skills through private lessons while saving time and money.

Izhan said the centre’s infinity slopes make it easier to learn the proper techniques needed to ski and snowboard. 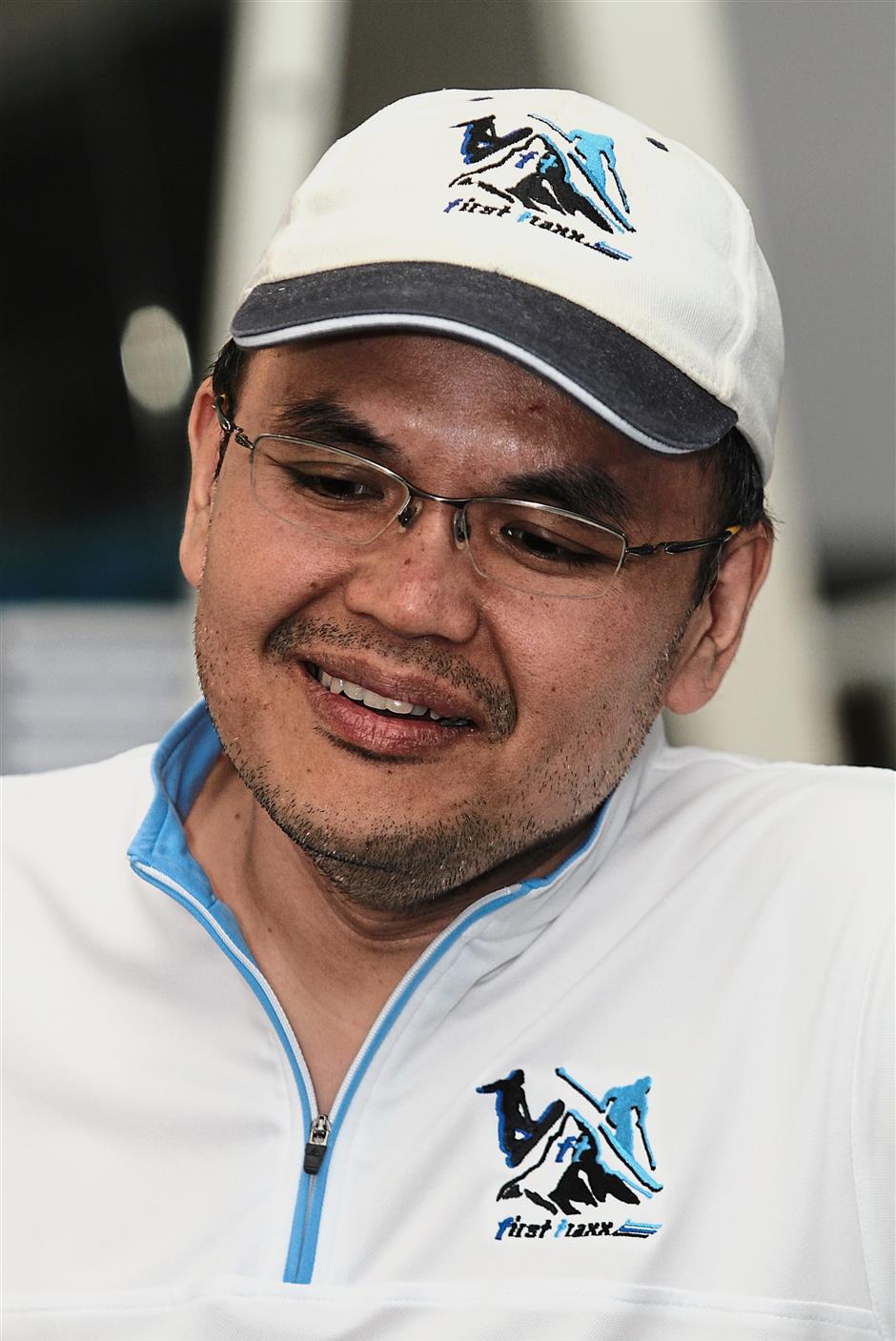 Izhan says the infinity slopes are suitable for everyone.

“It is less forgiving compared to snow-covered mountains.

“But if one refines one’s technique, one can take on a snow mountain with ease,” he added.

First Traxx has two infinity slopes for skiing and snowboarding.

Mirrors placed in front of the slopes help trainees check their posture and position while a cross bar gives them something solid to hold on to.

“There is a risk of falling but the instructors are trained to stop the platform before the fall.

“The infinity slopes also eliminate other distractions such as rocks, cliffs and trees while skiing.

“It is suitable for all ages and skill levels,” Izhan said.

I had the pleasure of being tutored by Scottish instructor Gavin Orr, who guided me throughout the training session.

In a mere half an hour, I managed to learn some of the basic moves such as stopping, maintaining position while on the slope and changing direction. The instructions were easy to follow with Orr demonstrating the techniques.

Participants are advised to take short breaks as skiing on the turf continuously can be physically taxing.

Skis, snowboards and safety gear are provided on the spot.

Six participants can take on one of the slopes and they will be divided into two groups.

“Learning to ski is not an overnight thing. To move from a beginner slope to an intermediate’s takes ‘conditioning’ and one will only fully enjoy skiing if one can tackle the slope with ease.

“On average, an adult takes about six to eight lessons while a child can do as little as five to six to master some of the basics. It also depends on the individual,” said Izhan.

He added that the quality of snow in Japan was very hard to beat.

“They have dry, powdery snow which they call ‘Japow’ or loosely translated to Japanese powder.

“It is like the ultimate snow and if you fall on it, it is like falling on clouds and the snow ‘flies’ everywhere when you ski,” he said.