Malaysia has 96 arborists compared to 500 in Singapore

Having arborists helps in mitigation and reducing the risk scale. - Filepic

StarMetro approached Malaysian Society of Arborist (PArM) to learn more about what it takes to look after trees and the situation in the country, and especially in the Klang Valley.

PArM vice-president Rosslan Yaacob said there were currently 96 certified arborists in Malaysia, whereas Singapore has 500.

“In Selangor, only Shah Alam City Council and the Selayang and Sepang Municipal councils have in-house arborists, other councils either do not have or their officers are in the process of getting certified.

“DBKL and Putrajaya Corporation have five to six arborists each.

“I have been training Petaling Jaya City Council contractors for the past five years. After three years of training, I asked the Petaling Jaya mayor what were the changes he had seen. He told me that he noticed public complaints were declining,” said Rosslan.

He stressed the importance of having arborists. 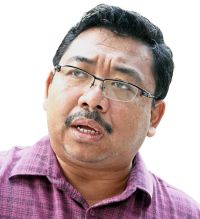 “Having arborists helps in mitigation and reducing the risk scale. We apply the best practices in arboriculture.

“When it comes to development projects, the arborist can determine if the tree species proposed by the developer is suitable,” he explained.

He said it was possible that some might not realise the importance of an arborist because the effects of planting the wrong tree in the wrong location might not be seen immediately.

“Maybe 10 years later when the tree has overgrown its space and problems start appearing, only then people realise the error.

“Aside from the selection of species, good tree management should start from the early stage where unnecessary co-dominant branches should be pruned instead of waiting until they present a problem,” he said.

A “Tree Inventory and Management System” (SIPP) was developed by Forest Research Institute Malaysia and Putrajaya Corporation (PPj) in 2011 with the aim of reducing tree management costs, allowing better management of trees and preventing tree failures such as the recent treefall case in Kuala Lumpur.

PArM secretary Noriah Mat had jointly developed the system when she was senior deputy director of PPj’s Parks and Recreation Department.

“Regular updates in the system can show us many things such as the history and treatments done to a tree. As a result, the system can help reduce costs and risks.

“It ensures that the right trees are tended to. If a tree does not need pruning, why spend money on pruning it? All the necessary and latest information will be in the inventory,” she said.