Have a hassle-free reunion dinner

The Salmon Yee Sang, a starter and highlight which will complement the eight-course dinner.

THOSE who want to avoid the hassle of preparing for reunion dinners at home can opt to dine out as there are various restaurants offering set menus for the significant night.

For those who wish to have dishes with auspiciousness attached to them, the team at Sunway Putra Hotel is offering two Chinese New Year menus for the season.

Aside from the symbolic meaning that each dish carries, the choice of menu further serves to create and emulate the warmth of being at home with loved ones on the eve of Chinese New Year.

The menus are specially created by Chinese head chef Chew Keng Chai and his team. Chew, who hails from Johor, has a wealth of experience as well as multiple awards won throughout his career.

Each set is complemented with Salmon Yee Sang as the starter for diners to toss for abundance, prosperity and good health. The Roasted Crispy Chicken may look dry but when eaten, it proves to be tender with a slight crisp on the skin. Diners will be in for a Hong Kong-style treat as the Steamed Sea Garoupa was inspired by Chew’s trip to the island in 2014.

He revealed that a special sauce was used, making it taste different than it usually does.

“I was in Hong Kong for a competition and during my stay there I stumbled upon the city’s soy sauce, which inspired me to create this dish,” he explained.

What caught my attention was the Stir-fried Nai Pak in Superior Stock, Garlic and Mushroom Dumplings.

While the nai pak (milk cabbage) was fresh and crispy, the dumplings were soft and really tasty as a result of the fusion of ingredients including chicken meat, fish paste, chicken stock, white pepper and carrot. And whoever came up with the idea of using salted egg in seafood dishes is a genius because how can one say “no” to salted egg?

The salted egg in the Stir-fried Tiger Prawns dish is not overpowering and I did not see the harm in putting a little more of it in this dish that I thoroughly enjoyed.

More often than not, diners will already feel full by the time they get to the Steamed Lotus Rice with Chicken and Yam; but this second last dish was flavourful and the rice moist.

The refreshing Chilled Honeydew with Rock Melon with just the right amount of sweetness is a good way to end a hearty dinner. 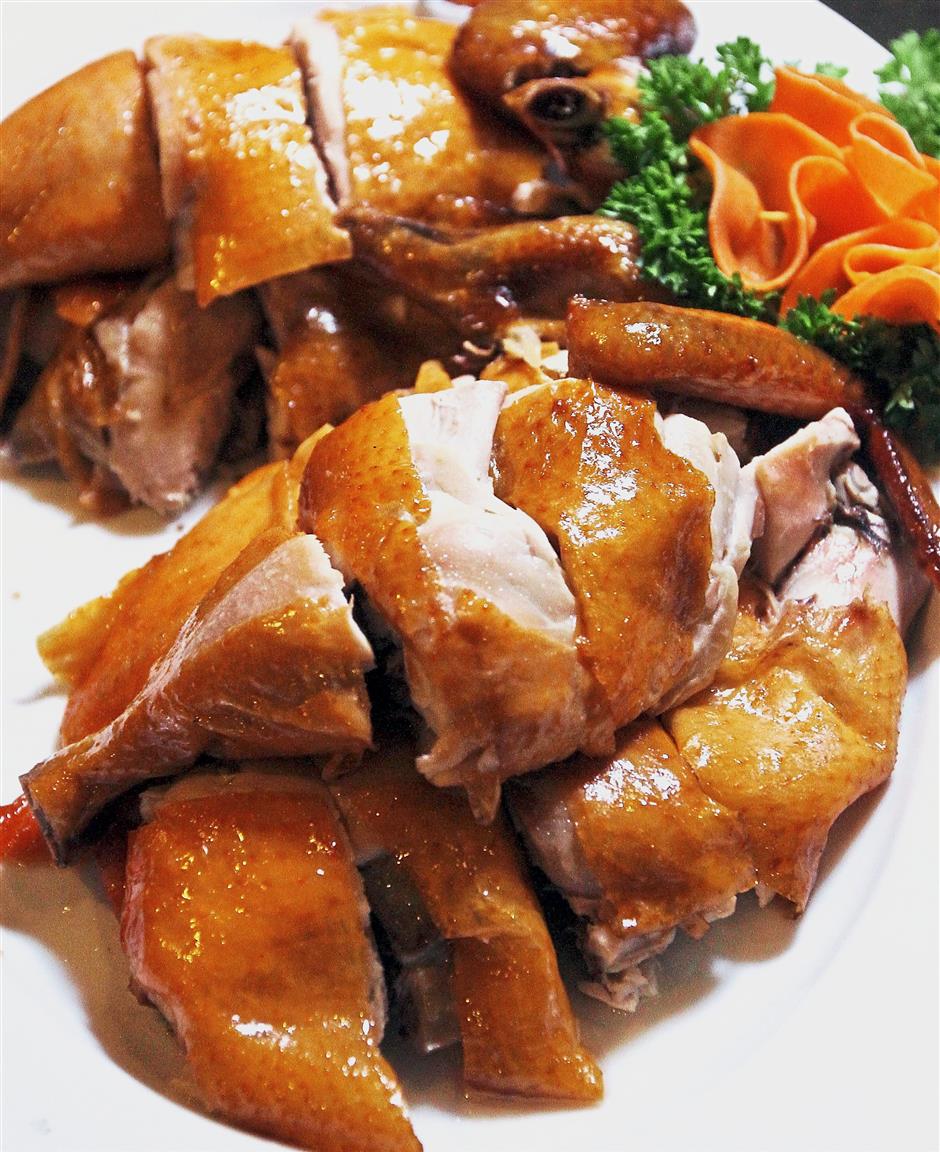 The Baked Spiral Lotus Puff was warm and not flaky, making it easy to eat but the best part is that they did not stinge on the lotus paste.

All reunion dinners will be held at the hotel’s Coffee House on Level Nine but diners have the option to dine in private. Upon request, arrangements can be made in various function rooms. The man behind the Chinese New Year menus is Chef Chew.