Rare and unique treats from Taiwan at steamboat restaurant

1 Wu first set up his steamboat restaurant nine years ago. Now he has eight branches.

Restaurant owner Wu Shui Che said the secret lay in the premium herbs and plants used for the soups.

There are three types of soups (costing RM30 for a small pot, RM35 for a big pot) to choose from – original, spicy and vegetarian.

For those who want the best of both worlds, you can opt for the spicy and original combo.

“Among the ingredients used are longan, red dates, garlic as well as traditional Chinese herbs,” said Wu, adding that no monosodium glutamate is used.

Wu, who hails from Taiwan, first set up the steamboat restaurant nine years ago. Now they have eight branches. hree are three types of soups and a variety of meat and vegetarian options to choose from.

He said they had garnered many regulars over the years.

The restaurant attracts local and foreign customers including those from China, Japan, and Taiwan.

It also offered many unique items such as the seafood wrap, Mongolian wrap, lobster salad dumpling as well as other delicacies air flown from Taiwan.

Among the highlights are squid sausage, fish balls with roe fillings and Taiwan Imperial balls made from black pig.

Meat items included chicken, pork, beef and ostrich. For those who enjoy seafood, choices are aplenty.

There is also a selection of Taiwan snacks and fried items including chicken roll (RM18), shrimp patties (RM38) and fried milkfish tripe (RM36). 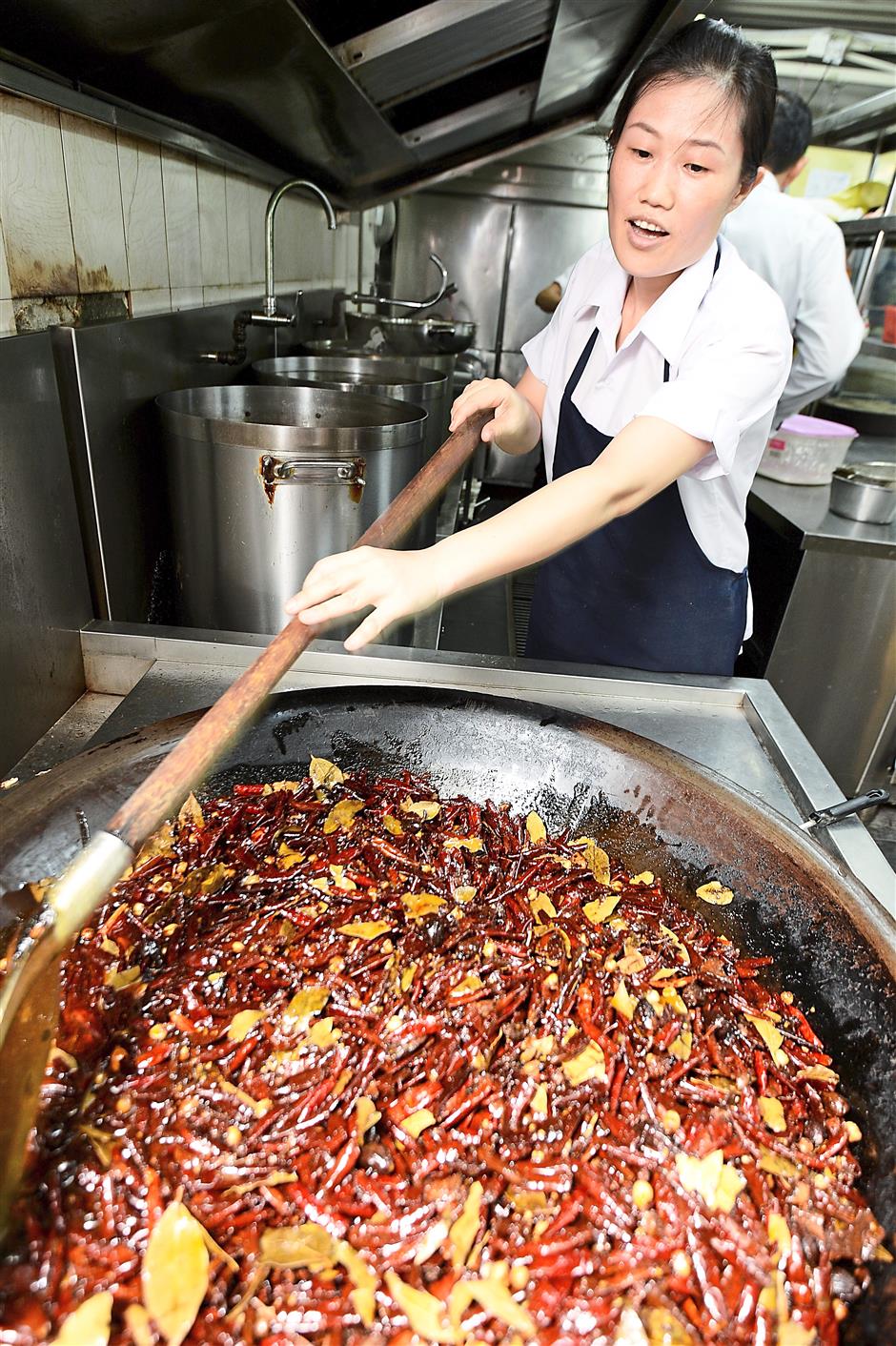 The chillies and ingredients for the spicy soup base is stirred for 11 hours.

My personal favourite was the taro pastry (RM20) as I love sweet taro.

Wu also added pieces of gelatinous collagen to the steamboat, saying that it can enhance your beauty.

Another popular item was the Fried Baiye Beancurd (tofu skin).

“In Taiwan it is usually steamed or added to other dishes. Then it struck me, why not fry it?” he said.

His idea struck gold and the item became a hit among diners.

After tasting it, we understood.

It vanished almost immediately from the plate as it was so addictive.

“Even after a sumptuous steamboat meal, our customers can still eat a bowl of noodles,” he said.

There are many vegetarian items too such as vegetarian dumplings and mushrooms.

“Many monks dine here,” Wu said, adding that he had sponsored vegetarian dinners at a temple.

Even the Tain Siang tea we were served is said to have health benefits such as ridding the body of toxins and promoting a good night’s sleep.

There are three small and three big private rooms with removable partitions to fit large groups.

> This is the writer’s personal observation and is not an endorsement by StarMetro.