That objective was certainly met when they gave away a brand new Proton Ertiga worth RM61,800 to grand prize winner Mazlinda Abd Latif.

The 44-year-old housewife has been shopping and dining with her family at Mydin, USJ1, Subang Jaya, almost every other day since it opened in 2006.

Convenience was also key for her as she has lived in the area for almost two decades.

“I feel happy because I truly didn’t expect to win. I like joining contests and have won prizes before, but they were small ones. So to have won something this big is truly a blessing,” the mother of two exclaimed.

She said she has yet to decide what to do with her new car and wants to discuss with her husband and son.

The contest, which ran from May 15 to July 14, required shoppers to spend at least RM100 in a single receipt at Mydin hypermarket and RM30 in each receipt at any Mydin tenant of the same Mydin branch.

Three or more tenant receipts were required to make the minimum entry level of RM190.

Participants also had to answer three questions correctly, which required some research.

The campaign was open to all Mydin branches nationwide, and saw 150 winners receiving prizes such as electrical appliances in the monthly prize giveaway.

Mydin then selected 10 lucky winners via a lucky draw before giving away the prizes in a ceremony held at Mydin USJ.

Mydin Property and Mall Management Division mall management head Mohd Azwan Ahimmat said the contest was the mall’s way of showing appreciation to customers as well as their tenants who have been supporting the hypermarket chain for years.

“We’re happy with the good response from our tenants in partnering with us for this campaign.

“We’re also grateful for the support from our sponsors including Proton, Modenas and Malindo Airways.

“The contest garnered an encouraging response, and we’re already thinking of doing something similar, but bigger, next year,” he said. 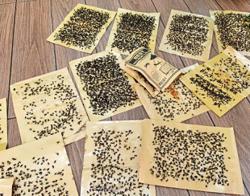