Study reveals 1% of the population suffer from anorexia 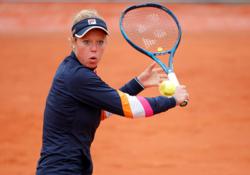 Dr Thiyagar says if anorexia is not treated properly can lead to death because of malnutrition.

GIRLS as young as eleven, have been diagnosed with anorexia in the country.

Malaysian Paediatric Association president Dr N.Thiyagar (pic) said the condition, if not treated properly, could lead to death due to severe malnutrition, and other health complications.

Dr Thiyagar, who is also Malaysian Association for Adolescent Health vice-president said a study by the Malaysian Psychiatric Association showed the disorder affected about 1% of the population in the country.

Overall, he said, eating disorders such as anorexia nervosa, and bulimia was more prevalent among females.

He said there were several risk factors pertaining to the condition (anorexia), and that the risk of getting the condition was five times higher if there were family members suffering from such a condition.

Secondly, it was related to personality, whereby when one was a perfectionist, obsessive, and rigid in their thoughts, they will focus on their weight and shape.

“Besides that societal pressure where thin is perceive as the trend, some teenagers conform to such style by controlling their meal intakes.

“Then there are also cases of obese teenagers who undergo a regime diet, and when they see results (of them losing weight) they overdo it, as being obese means they get teased in school and so forth.

“And of course we have teenagers who are active in ballet, gymnastics or modelling, and they find the need to have a good body shape by ensuring their weight is prefect,” he said in an interview.

Dr Thiyagar said the condition traditionally was under the evaluation of psychiatrists, but lately paediatricians have also been involved due to the age factor.

He said anorexia significantly could affect the physical health, emotional and cognitive development of such patients.

He added that socially they become isolated because people start commenting on them being too thin, and thus they avoid mixing around, which leads to a low self-esteem.

“Teenagers suffering from such a condition restrict their food intake as they always feel that they are overweight despite being really thin, but in their mind they keeping thinking that they are fat.

“Such people will avoid all types of food that they perceive can cause them to become fat, and when they go groceries shopping, they will count the calories on the items that they pick.

“With this condition, some will conduct excessive exercises, and occasionally also take medication which will cause them to purge,” he added.

Dr Thiyagar added due to such health factors, they could end up having hormonal imbalance, particularly for the girls, who stop having periods.

He said it was a challenge to treat such teenagers, and that it was impossible to deal with them alone, as they were so obsessed in losing weight.

“So there is a need for a team consisting of psychiatrists, paediatrics, physicians, psychologists, dieticians and nurses to treat them.

“As for those in the acute stage, there is a possibility of them being admitted for rehabilitation so that they can be given proper nutrition,” he added.

Dr Thiyagar said some of the teenagers may have co-morbid illnesses, which include 50% of them having anxiety disorder, Obsessive-Compulsive Disorder and depression, which required a change in behaviour.

He touched on a popular treatment known as “maudsley model”, which was a family based therapy to focus on the behaviour change of the adolescents over the weeks.

This model, he said, was to empower the family to take charge of teenagers, and for them to be actively be involved.

Dr Thiyagar added that the condition was first discovered in the 17th century, although mainly at that time it was described as nervousness in consuming meals, and was never known as anorexia.

Sir William Gull from UK first described the condition as anorexia nervosa in 1874 (for which he first established the name).

However, Dr Thiyagar added that the condition started to be recognised in 1980s when Karen Anne Carpenter, an American singer and drummer who formed the 1970s duo, the Carpenters with her brother suffered from anorexia, and died from heart failure caused by complications related to her illness.

“People then started to become more alert and aware of the condition,” he added.