ARCHITECT Loo Chee Keong is more than just a collector of miniature models.

The 49-year-old has featured his plane models at almost every miniature show nationwide.

And at the just concluded Malaysia Miniature Hobby Show 2017 (MMHS), Loo showcased a scene from World War II when the Japanese bombed Penang.

“I wanted to show people something more than just planes and models. So, I came up with this scene from World War II,” he said recently.

Loo said he had to read war journals, history books and also surfed online for his research on how to re-create some of the scenes from that period.

Loo said it took him 40 days to prepare his model ‘Terror from above — Penang 1941’ which is basically the bombing scene in Penang Road during the war.

“The model is made from plastic cards and painted to look like a real war scene,” he added.

“The bombing started at the airport and later spread to the cities.

“Please don’t mistake the handles of the hand-pulled rickshaws, which are pointing upwards, for guns,” said Loo.

A visitor capturing a photo of Native American and soldier figures.


Another hobbyist Ahmad Firdaus Azmi said he took a lot of pride in building plane models for this show.

“This is my hobby since my school days. Our group is called the ‘Society of Nubis’.

“We submitted 30 miniature planes, ships and tanks for this exhibition,” he said.

Ahmad Firdaus, 39, who has been featuring in miniature exhibitions for more than 10 years, is a retired navy member now working at an aeronautics company in Kuala Lumpur.

Visitors checking out the mini displays during the event.


They included 36 manufacturers and 18 modelling clubs, he added. 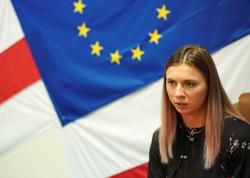 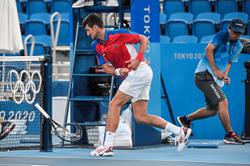