Getting a taste of construction The volunteers from myBurgerLab building the house from scratch in Kampung Serendah.

BUILDING a house is no easy task – structures have to be raised, wooden boards cut and everything fused together with screws, nails and glue.

A group of volunteers and staff from myBurgerLab did just that for an orang asli family in Kampung Serendah in three days.

The effort was in conjunction with the eatery’s fourth anniversary, where a total of RM70,000 was raised and donated to Epic Home.

With the guidance of specialist builders from Epic Home, the group of 30 worked tirelessly to build the new house from scratch.

MyBurgerLab operations manager Andrew Chong said there were a few stressful moments when a mistake was made and everything had to be redone.

The volunteers celebrating their accomplishment after three days of pain and exhaustion.

“However, as the days passed, each and every one of us got better at what we did and suddenly we felt a sense of satisfaction because we had accomplished or done something good.

“It’s amazing that with one day of training, a group of us who had little to zero experience in building a house managed to do it in two-and-a-half days.”

It is safe to say the volunteer builders got a taste of life as construction workers.

One volunteer, Cassandra Poon, said it was good to see people from different backgrounds come together to build a house for someone in need.

“We created something from nothing and that is amazing, no words can describe the feeling. It looks easy when other people are drilling and nailing things, but it’s completely another thing when you’re doing it yourself.”

Another volunteer, Samantha Lee, said she was proud to be part of the team.

“It was all hands on deck from the word go and not once did any volunteer give up.”

Seeing the smiles on the faces of the family when they received their new house was worth the pain and exhaustion, the volunteers agreed. 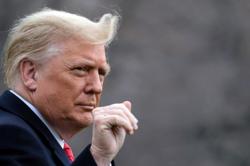