Unhealthy to feed ‘rats of the sky’ 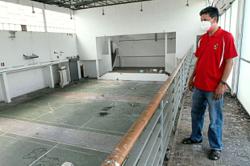 Not encouraged: When pigeons become too reliant on humans to feed them, it can lead to various health issues.

In certain cultures, pigeons are associated with good fortune.

But the street pigeons, called feral pigeons, are known as the “rats of the sky” because like the rodents, these birds’ droppings too pose a health risk.

Experts said pigeon droppings could potentially be carriers of diseases harmful to humans such as Cryptococcal Meningitis, salmonella, listeria and E.coli.

Some cities in US, Canada and Europe have implemented laws to ban feeding of pigeons. In Italy, for example, those caught feeding the birds at popular tourist sites such as St Mark’s Square in Venice, would be fined.

However, those living in communal settings such as condominiums, apartments and flats may have a tougher problem when pigeons congregate at their buildings.

An apartment owner in Petaling Jaya, Francis Hartmans said there was a significant amount of pigeon droppings in exposed areas at his condominium.

He said vehicles parked in the visitors’ bays and even the condominium’s lift motor room were not spared from bird droppings and feathers.

Dr Rosli said pigeon droppings can contain bacteria that is harmful to humans.

“The condominium’s maintenance workers are quick to clean droppings near the lobby area but there are hard-to-reach spaces with old droppings,” he said.

The feeding activity by residents has resulted in more pigeons gathering here.

Another apartment owner G.Krishnan said the birds flocked near the children’s swimming pool, which was of great concern to him, adding that he had seen dead pigeons in the water when his children were swimming there.

“There are posters to warn residents not to feed these birds but some still do. The public must be mindful of the health implications,” he added.

“When it rains the droppings stinks. We have raised the pigeon issue at our condo meetings and we want residents to stop feeding them,” he said.

Institute of Biological Sciences Ornithology and Mammalogy Associate Prof Dr Rosli Ramli said feral pigeons did not have natural predators in the urban landscape and it was important to not disturb their ecology by feeding them.

He said the pigeon dropping was the problem because it contained virus and bacteria.

Pigeon droppings usually contain virus and bacteria. When the droppings ?have dried, it turns into powder and can travel easily with a little wind.

“When the dropping is wet, it sticks but when it is dry it turns into powder and gets blown by the wind.

“The droppings contain fungus and can lead to diseases such as Cryptococcal Meningitis,” he said.

Studies showed that people with weak immune system would be susceptible, he added.

“Cryptococcal Meningitis is a serious disease feared in the US. I do not recall any cases here but if the pigeon population increases, we may have to anticipate such a disease,” said Dr Rosli.

There are regular campaigns in the US and Canada exhorting the public to stop feeding pigeons for health reasons. There are also bylaws enforced by their local councils to fine those who feed these birds.

“It is possible that people here could have fallen sick but we may have not known the true reason because we may have overlooked the cause,” he said.

“Besides the droppings, mites also live in the birds’ feathers and in their nesting material. This is a danger if the pigeon roosts at the window sills and the mites could travel into the building.

“It can also trigger asthma attacks. Problems will vary from one individual to another,” he said.

Dr Rosli pointed out that when the birds were fed by people, they would not rely on the environment for resources. This, he said, would change their natural breeding process.

“They are supposed to hunt for their own food and the breeding process will be dependent on that. When there is more food, they will breed rapidly,” he reasoned.

He said that while there were rare occasions when pigeons were eaten by eagles or snakes, the birds’ overpopulation could not be controlled by natural predators.

Pigeon's frolicking in a children's swimming pool. This can pose a serious health risk to those who use the pool.

“When you feed the pigeons, it encourages them to return. This will bring negative effects to both birds and humans,”

This bird will roost in the same place. They like to breed in the same spot and sometimes, a building’s characteristics attract them.

Pigeons flock to the same place to roosts and they attract more to cramp into the same spot because they feel safe, Dr Rosli explained.

“Worst if they roost in your attic or roof. When you clean the area, the fungus will become airborne,” he said.

When the feeding stops, it will take about a month -- depending on the size of the flock -- for them to stop returning to the same spot.

The feeding by residents has resulted in more pigeons congregating at condominiums. The bird droppings attract roaches and other rodents.

He believes there is more awareness now among the younger generation regarding the health risks from pigeons.

He said it was important to ensure that food source was not readily available.

“Pigeons are non-migratory birds and usually stay around the area where they hatched.

“They are a perpetual problem that we see at our houses and shops due to discarded food and rubbish which attract rodents, cats, dogs and pigeons,” he said.

Ng said the public must comprehend the importance of cleanliness, not just within their home but also in their larger environment. 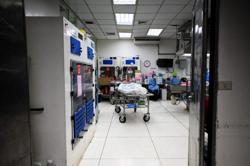