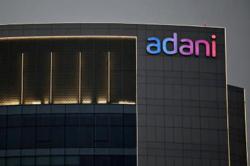 RESIDENTS of Section 14, Petaling Jaya are very worried about news circulating that a four-lane elevated dual carriageway highway known as Petaling Jaya Dispersal (PJD) Link has been given the go-ahead by the Works Ministry.

They were alarmed by leaflets distributed in the neighbourhood, two months ago, by individuals claiming to represent the highway development.

The leaflets show a map of the proposed highway, that will extend from Kinrara to Damansara, with a major part to be constructed along the banks of Sungai Penchala.

The residents have formed a pro-tem committee to get to the bottom of the issue and send a petition to Selangor Mentri Besar Datuk Seri Azmin Ali.

Petaling Jaya Concerned Residents of Section 14 Committee chairman Isa Azizi said if the project was approved, many senior citizens would be uprooted.

Vice-chairman Sheikh Moqhtar Kadir said based on information in the leaflets, they estimated that at least 50 houses would definitely be affected by the project.

Isa pointed out there were also Millennium Square, Menara Jaya and Section 19, in the vicinity of Sungai Penchala, that would be affected by the noise and fumes from the vehicles if the highway was built.

All 12 members of the pro-tem committee went to the State Secretariat yesterday to deliver the petition to the Mentri Besar’s office without incident.

“We have submitted our petition and we wish to meet with the Mentri Besar, to get factual news regarding PJD Link,” said Sheikh Moqhtar.

“We want to know whether an Environmental Impact Assessment (EIA) and a traffic study have been properly carried out. If there are, give us a copy of those studies.

“There are many senior citizens who have been living here for almost 55 years and some of them have already renewed their lease for another 60 to 90 years.

“So it is unfair to us if there is a big project like this suddenly on our doorstep,” he added.

Residents say PJD Link is rumoured to replace the Kidex Elevated Highway, which was not approved by the Selangor Government. Kidex was proposed to run along the main roads in Section 14 and a different route.

“The Kidex developer’s failure to provide a proper EIA and traffic studies were cited as unmet preconditions set by the Selangor Mentri Besar.

“If Kidex was scrapped, then PJD Link should be too because of the similiarities in the plan,” Sheikh Moqhtar concluded.