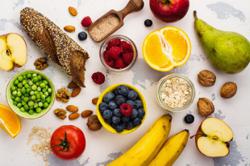 Teenagers must learn to say no to cigarettes offered. — filepics

SMOKING among teenage girls is on the rise and one of the main reasons is they want to lose weight.

Malaysian Association for Adolescent Health vice-president Dr N. Thiyagar said peer pressure as well as growing up in an environment where parents and relatives smoke are some of the other main contributing factors.

Dr Thiyagar, who is also the Malaysian Paediatric Association President, said teenagers are advised to exercise regularly instead to maintain the ideal body weight.

He said a Global Adult Tobacco Survey carried out in 2011 revealed that 23% of smokers in the country were those 15 years old and above.

“This means 4.75 million smokers in the country are teenagers.

“From that figure, 100,000 are female smokers,” he told MetroPerak recently.

Overall, Dr Thiyagar said, the majority of smokers pick up the habit during their teenage years.

He said studies have shown that children as young as 10 years old had started smoking.

He added that smoking usually leads to illicit drug use and alcohol consumption.

Teenagers also learn about smoking through advertisements, he said.

“Although there are no direct cigarette advertisements, companies promote tobacco indirectly through other products such as belts, wallets and perfumes using the same brand name,” he added.

He said studies have shown that the best way to encourage teenagers to quit smoking is through school-based programmes.

Counsellors dealing directly with teenagers who smoke along with activities carried out in groups appear to be effective methods.

He added that although schoolchildren were not interested in the long-term effects of smoking, they were concerned about the short-term results.

“When the counsellor tells them that they can have respiratory problems or their studies and sports activities can be affected, this immediately gets their attention.

“Sports activities really mean a lot to them and they are not willing to quit sports.

“So when the counsellor explains that the consequences of smoking may limit their sporting activities, they tend to get worried,” he added.

Besides that, Dr Thiyagar said community-based programmes where teenagers get involved in volunteer activities could also deter them from picking up the smoking habit by keeping them occupied.

He added that it was equally important to advise parents and other family members to quit smoking.

“When young children and teenagers see their parents, uncle or cousins smoking, they tend to believe that it is a ‘cool’ habit.

“So usually while counselling teenagers, doctors will also refer parents and relatives who smoke to smoking-cessation programmes in government clinics,” he added.

Dr Thiyagar said those who start smoking at a young age will see their health getting affected sooner too.

Besides having lung-related complications, some people could also suffer from mental health issues.

“As they age, there is a higher risk of suffering from cardiovascular problems.

“Smoking can also cause lung cancer, as well as other types of cancers, including leukaemia,” he added. 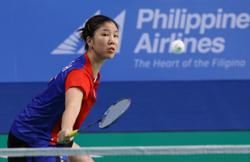