RM250,000 fine or jail for those with fake datukship and official insignias

MALACCA: The State Legislative Assembly unanimously passed an amended enactment to initiate punitive action with a maximum fine of RM250,000 or five years jail or both for those in possession of bogus datukship and official insignias.

Chief Minister Datuk Seri Idris Haron said offences were divided into sub-sections under the Insignia and Prevention of Misusing Unauthorised Names Enactment 1981 (amendment 2016) where those awarding the honorary titles and even recipients could face legal proceedings.

“The by-law also applies to those who misuse unauthorised emblems and insignias by displaying it without permission from the government.

“The state only lawfully recognises honorary titles awarded by the Malacca Governor and approved insignias,” he said when met at the state assembly on Monday.

He said the current by-law was negligible, with only a fine of up to RM1,000 or one day jail and confined to those who confer the honorary titles. It is seen as insufficient against the mass illegitimate investiture ceremonies.

Idris said the government will now tighten the enforcement and implementation mechanism of the enactment to give more muscle to the police in arresting and producing the offenders in the court of law.

“The enactment itself was aimed to be a deterrent against giving out illegal honorary titles by individuals claiming to be royalty and heir of unacknowledged thrones,” he said.

Earlier, the assembly was told that the new sections under the new by-law include barring those from conferring, accepting or using any honorary titles except those awarded by the Malacca governor.

It also underlines punitive action against those who solicit or accept bribes from any individuals to obtain or organise illegal investiture ceremonies in the state while it is also illegal now to display any form of titles, insignias and emblems related to unrecognised investiture ceremonies.

The by-law also prohibits the recipients from misleading the public by using the titles for wife, wives or ex-wife.

Earlier, the assembly heard that the Malacca governor began awarding honorary titles to individuals who had contributed to the state since 1971 and that 12 various awards have been recognised by the Federal Government.

However, recently several dubious individuals such as Sultan of Malacca and Queen of Malay Archipelago began awarding their own honorary titles in the state that are deemed illegal.

“The by-law states that the conferment of titles by Naning chieftains is only confined to the customary leaders and not the public,” he said.

Idris said the government has also received reports that some civil servants had accepted the titles.

“No action would be taken against those who have declared that they accepted it due to ignorance while those who have yet to do so have to face the brunt of the law,” he added. 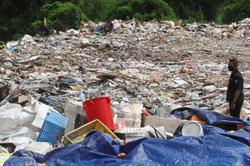