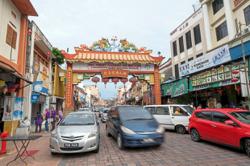 The Vivekananda Ashram received preservation status on June 16 and is now offcially a heritage site. — filepic

ONE of Brickfields iconic buildings, which has been part of the area’s historical scene, has finally been designated a national heritage site.

The 112-year-old Vivekananda Ashram, with its bronze statue of prominent spiritual leader Swami Vivekananda, has been given official heritage status by the National Heritage Department (JWN).

It received preservation status on June 16, after the gazette was published in the Attorney-General’s Chambers website. It was learnt that the JWN proceeded with the gazetting after the ashram trustees wrote to the Kuala Lumpur High Court and Court of Appeal to withdraw both their cases in line with the decision made during the EGM convened by the Trustees on May 16.

“We are grateful to the Government and everyone who came together to make this happen.

“Nothing is impossible when the community stays united,’’ Gunasegaran said.

“This was what the people wanted, they fought for it and they got it,” he said.

“Now, my friendly advice to the trustees is to work together with the community to make Vivekananda Ashram one of the popular places in Kuala Lumpur for foreign visitors,” he said.

Planning expert Derek Fernandez said the gazettement as a heritage site was consistent with the purpose and intent of the National Heritage Act and the Government must be commended for placing national interest ahead of financial interest.

In February, the trustees failed to get leave to initiate judicial review proceedings to compel the JWN to reconsider its proposal to gazette only the building as a heritage site.

The Vivekananda Ashrama Kuala Lumpur wanted to develop the surrounding land of the building and be allowed to use the property as it deemed fit.

High Court (Appellate and Special Powers) judge Justice Hanipah Farikullah dismissed an application for leave for a judicial review with no order as to costs.