Joint effort to effectively dispose of e-waste in Selangor ELECTRONIC waste (e-waste) can be detrimental to health if it is not disposed of properly because it contains toxic substances and dangerous metals.

When burnt or processed without proper control, such items can also release harmful pollutants.

In view of this, Shah Alam City Council (MBSA) has launched the Selangor E-waste Environmental Alliance programme to have a more effective way to collect, transport and dispose of e-waste in the city.

It will ensure that disposal of e-waste by households is carried out effectively in line with green concepts and managed only by licensed premises by the Selangor DOE.

The programme targets recycling centres, universities, businesses and non-governmental organisations (NGOs) to be part of the council’s efforts in reducing the amount of e-waste in its landfills and its effects on the environment.

During the launch, MBSA deputy mayor Shukri Mohamad Hamin said Selangor had recorded the highest volume in e-waste collection at 12,955kg since 2013.

Shukri said the method to dispose of e-waste from households in Shah Alam at the moment was conventionally controlled by scrap dealers, whose methods had many weaknesses and caused environmental pollution.

“E-waste such as handphone, refrigerator, television and radio are usually discarded together with domestic waste and not placed at proper recycling centres around the city.

“Our Resident Representatives Council (MPP) will reach out to households to educate them on the proper ways to dispose of e-waste,” he said.

He also said the council had set up a waste separation programme last year in selected areas in the city and would extend it to another seven areas later.

“Residents will now need to separate their unwanted recyclable items, including e-waste, from domestic waste,” he added.

Apart from MPPs, representatives from businesses, recycling centres, universities and NGOs who attended the launch were also briefed on proper e-waste management. 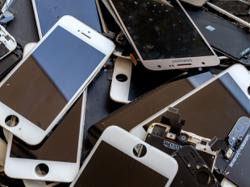