Facelift in progress for KL markets

By SHALINI RAVINDRAN and YVONNE NATHAN 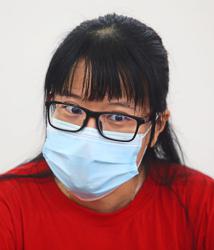 Work in progress: Pasar Jalan Raja Bot is shadowed by the roof of the new market facility that is currently being built.

WITH over 44 open-air markets, 28 indoor markets and almost 100 night markets, Kuala Lumpur City Hall (DBKL) has its hands full in ensuring that they are well maintained or upgraded when needed.

“We cannot plan too far ahead as it is beyond our capacity and we have limited resources to handle such big projects.

“We have to prioritise and many of the upgrading works are done in phases,” he said.

After 25 years since its last upgrade, works on a new building complex to house the traders finally began in 2014.

Amin Nordin said the first batch of stall owners were expected to move into the new building by June.

The Pudu Integrated Commercial Complex (ICC) includes a space for both the wet and dry market areas, as well as a wide ranging food court for its community, as seen in this mock-up of how the food court’s layout is meant to be.

“Redevelopment of the market is being carried out in four phases. Physical work for the first phase comprising the vegetable and fruit stalls was completed this month.

“At present, we are still in the final inspection stage and some tidying up after which they can move in.

“Phase Two can only start after the traders have been completely shifted,” he said.

He added that DBKL aimed to complete the project by 2020 at an estimated cost of RM154mil.

Trader Salmiah Bakar, 65, said she looked forward to moving into the new facility.

“The current condition is not conducive anymore, especially with the ongoing construction,” she said.

Another food operator Tahar Kalam, 77, said the market had grown beyond its capacity the past few years.

“It will be nice not to have to operate under the hot sun anymore, especially as I sell food.

“I hope the relocation will be able to accommodate all the legal traders and bring in more tourists,” he said.

Pasar Imbi traders are expected to move to the seven-storey Pudu Integrated Commercial Complex (ICC) in Jalan Kijang within the month.

Costing approximately RM57mil, the ICC was built to accommodate 293 stalls for market traders, a food court with 83 lots, 576 parking bays for cars and 92 for motorcycles, as well as a floor dedicated to commercial businesses.

The 60-year-old Imbi market is also known as Bukit Bintang market because of its roots from the famous shopping stretch, close to where the Fahrenheit88 mall now stands.

The market relocated roughly 35 years ago to Jalan Melati, off Jalan Imbi.

The Pasar Besar Gombak has become a white elephant with only a handful of stalls selling dry food items and snacks.

Plans to restructure the wet market have been around since 2010.

“We are happy with an upgrade but most importantly DBKL must think of our situation.

“The market has become a semi-wholesale market so we need a place to store our goods, but that will be difficult if we are moved indoors,” he said, adding that currently traders store their extra produce in nearby shoplots.

“We are worried moving indoors will make the market a white elephant, which was the case for Pasar Besar Gombak, Pasar Datuk Keramat and Pasar Besar Cheras (Taman Tenaga).

“We are not rejecting development, but we want suitable upgrades to benefit traders.

As representatives of the traders, both Tan and Zamri made several suggestions in place of the two-storey upgrade that they believe will cost less while accommodating their needs.

These include upgrades to the market’s drainage system, cementing rather than tarring the space on which they have set up canopies then systematically rearranging the layout of traders, as well as building a roof over the outdoor area using Petaling Street as an example.

The mayor hoped to open tender for the Pudu wet market upgrading project this year but he said it would depend on discussions with traders.

“The only thing we can do if they want to stay put instead of the double-storey building is to give them a concrete base roof, but the conditions will then remain like the present site.

“They will be in an environment that is not conducive, trading side by side and sometimes with overlapping stalls that we cannot rearrange because of the sheer number of traders.

“DBKL really wants to rebuild the market but if it is not two-storeys, we cannot allocate enough space for all traders” he said, adding that the current situation was hazardous with no access for the fire department.

The second floor of the Pasar Besar Gombak is almost deserted as many of the shops are closed.

Despite the hue and cry over the privatisation of a centralised slaughterhouse at the soon-to-be rebuilt Selayang daily market, plans were still going ahead, said Amin Nordin.

“The slaughterhouse will eliminate the slaughtering of poultry in the market and it will have a proper mechanism to dispose of waste.

“Privatising it will enable a controlled operation with the highest safety and health standards.

“The company will build and operate the slaughterhouse, which will not involve a lot of capital outlay from the Government.

“The market itself will be rebuilt with a multi-storey carpark at an estimated cost of RM90mil,” he said.

On plans for the Pekan Sungai Besi and Pasar Jalan Ikan Emas, Amin Nordin said they could not reveal the upgrading plans until the tender exercise was completed.

Pasar Besar Taman Tun Dr Ismail was first opened in 1985 to replace Central Market’s Pasar Medan after the latter was transformed into a cultural centre.

In 2011, plans to rebuild the market caused an uproar. Amin Nordin assured that there were no redevelopment plans in the near future.

Pasar Besar TTDI Traders Association chairman Jenny Loo, 64, said refurbishment was all that the market needed as the building was structurally safe.

“It should be refurbished but does not require massive changes. An average of 200 expatriates visit monthly because this is a traditional market with local produce.

“We aim to develop upstairs because it is underutilised, but we need DBKL’s expertise.

The traders’ biggest concern is parking and hope DBKL will build multi-storey parking.

“We are losing business because customers cannot find parking. We also hope DBKL will allow the traders association to manage the parking, which has been privatised last year,” said Loo.

“Several years ago an idea was mooted to turn the place into a 1Malaysia Complex or an Urban Transformation Centre (UTC) but it did not pan out.

“Having a government office here for the public like the Immigration or National Registration Department will help increase foot traffic.

While the present two-storey building is in relatively good condition, the traders lamented the lack of customers.

As Pasar Gombak Besar is not an actual wet market, residents go elsewhere to shop for fresh produce and other groceries.

According to traders, the place has also seen a marked decline after the closure of anchor tenant Maybank four years ago.

They said the current Kedai 1Malaysia and Klinik Ibu dan Anak do not draw enough walk-in customers to keep most of the operators afloat.

Majority of the shoplots upstairs are occupied by tailors while others sell various sundry items, snacks while the remaining 50% of the lots are not open for business.

According to Yusof, the rent was too cheap to give up the lots.

“The business owners end up sticking their phone numbers on the doors for customers to call because it costs more to keep their shops open in wait for walk-ins.

“They still maintain their lots because of the cheap rent, which is only about RM50 to RM150 per month depending on type of business,” he added.

Amin Nordin said there were no immediate plans for major works at this particular market apart from routine maintenance. 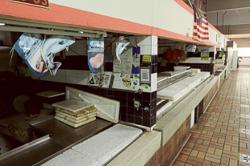