Freeze on approval of hotel licences in KL

The Grand Duta Hyatt project in Kuala Lumpur will be revived as DBKL has issued the development order.

The ruling applies to all types of hotels ranging from the 6-star establishments to budget hotels.

However, hotels that have already received planning permission but have yet to start construction will not be affected.

Too many hotel projects have saturated the market, with many more in the process of being constructed or about to be built.

Currently, there are 939 hotels in the city including more than 400 budget hotels.

The KL budget hotel market is saturated as more and more businesses are seeking licences to convert their shop lots into budget hotels.

“There is an oversupply of hotel and office spaces in Kuala Lumpur now and we have been advised by the Government to be strict on this, so we will not be giving any more DOs (development order) for hotels until further notice.

“So no more approvals for hotels for now,’’ he said.

“From here on out, we will advise the developers to look at other forms of development when they submit new applications,’’ he added.

Amin Nordin said only two planning approvals were issued in the past six months – one of it was for the stalled The Grand Duta Hyatt hotel project at the junction of Jalan Sultan Ismail and Jalan Ampang, and another project also located in Jalan Ampang.

As for budget hotels, he said only five were approved in the past six months and there would be a cap on it soon.

The mayor elaborated that two DBKL buildings in Jalan Tuanku Abdul Rahman, where the development order was received for a hotel, had been put on hold.

“Since the market is already saturated, we are not going to build a hotel there.

“Instead, we will use both buildings for our own internal use,’’ he said.

Based on data compiled by DBKL, the number of hotel rooms in Kuala Lumpur has exceeded a staggering 56,000.

The mayor said the current number of rooms was adequate to cater to the expected 12 million international tourists expected in the city this year.

“We anticipate a surge in tourist arrival after March, especially from China,’’ he said.

Leong says the limit on licences is discouraging entrepreneurship.

Meanwhile, the Malaysian Association of Hotel (MAH) Kuala Lumpur chapter chairman Shirley Lai, said the freeze on hotel licence by DBKL was timely as it would give time for the market to improve.

“The hotel market is pretty saturated at the moment and with more hotels opening this year, the demand for rooms is going to drop even further. In fact, there has been a drop in occupancy since last year,’’ Lai said.

“If things do not improve, this will eventually trigger a price war as hotels will start slashing prices to deal with stiff competition.

“We cannot afford to reduce prices. Operating costs are increasing, salaries need to be paid and with factors such as the weakening currency, this is not healthy at all.

Lai believes the freeze will give time for the market to improve.

“People say that we offer the cheapest room rate in the South-East Asian region, but it means nothing if we are not seeing an increase in the number of hotel guests,’’ she said.

The move, however, has not gone down well with the Malaysian Budget Hotels Association (MyBHA).

MyBHA is unhappy with the Government’s decision to control the number of licences for budget hotels, saying that it is bad for entrepreneurship.

“That should not be the way to regulate the industry.

“As long as a person fulfils all the requirements needed to obtain a licence to operate a budget hotel, they should be allowed to carry out the business,’’ MyBHA president Leong Pui Kun said.

“They should encourage entrepreneurship, competition and innovation in the market instead of saying there are too many budget hotels in this city,’’ Leong said.

The KL budget hotel market is saturated as more and more businesses are seeking licences to convert their shop lots into budget hotels. – Photos: P. NATHAN and IZZRAFIQ ALIAS/The Star

“This kind of regulation is not good for the economy.

“If people cannot make money one way, they should be allowed to do other things as long as they comply with the rules,’’ he said.

“This is not just happening in the heart of Kuala Lumpur, but also in the outskirts where businesses which are not doing well apply for licences to convert their shoplots into budget hotels,’’ he said.

“The trend now is that businesses which are not getting the rental they want are converting their shoplots into budget hotels because the cost is minimal and maintenance is low.

“It is the easy way out for them,’’ Ibrahim said, adding that even service apartments and condominiums were doing it.

Ibrahim said that of the 939 hotels in Kuala Lumpur, more than 400 were budget hotels, yet only half of that number were legal. 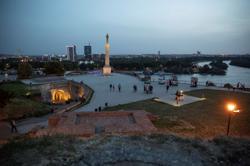