SPAD honours companies and individuals for service excellence and innovation

SPAD people letting their hair down during the gala dinner. They are joined by Mohd Azharuddin (fourth from left).

LRT and monorail operator Rapid Rail Sdn Bhd’s creation which was able to lubricate the railway tracks in an efficient manner won the Best Innovation Award.

This home-made onboard rail lubrication system would apply lubricants on the rail at selected locations along the Kelana Jaya line to reduce the noise level whenever the train passes through any curved stretches.

Installed in one of the two-car trains, the application of this lubrication system also reduces wheel and rail-wear rate, effectively increasing their lifespan. 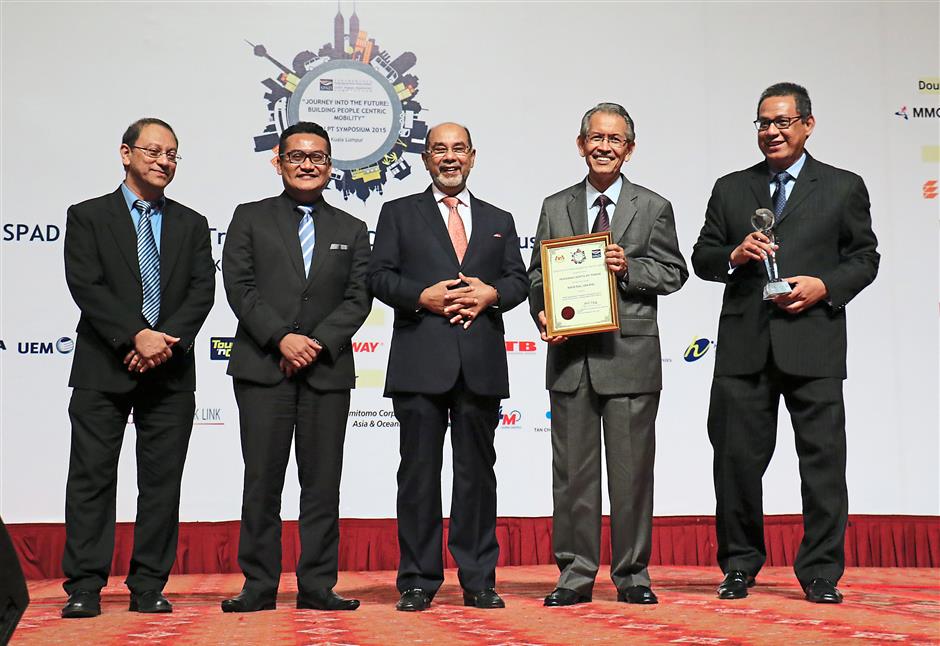 The system was fully designed by a group of engineers and experts from the Rolling Stock and Quality Assurance and Engineering Department from the Kelana Jaya line.

“I must personally congratulate this special team and this home-made product.

“It has been developed from scratch with the designing process taking about a month before the fabrication and prototyping, testing and installation,” said Rapid Rail chief executive officer Ahmad Nizam Mohd Amin.

“The achievement does not happen by chance, but is a result of various programmes introduced by the company to inculcate the culture of innovation to improve service,” he said.

A subsidiary of Prasarana Malaysia Bhd, Rapid Rail was also recognised as the country’s Best Rail Operator for the Year.

Commenting on the double achievement, Ahmad Nizam said: “It is indeed a great honour for us to be recognised.

“We are humbled and we aim to continue giving our best in providing world class service for our commuters and elevate the standard of the industry.

“Since the inception of Rapid KL in 2004, the Kelana Jaya Line, Ampang Line and the KL Monorail have carried more than two billion passengers,” he said adding that Rapid Rail’s punctuality in 2014 averaged at 99.76%, which puts them among the top five among 17 rail service operators in the world.

SPAD singled out three taxi drivers plying routes in Klang Valley as having “exceeded expectations”, with Hanizan Mohamed Radzi being the most recognisable face on the list.

Hanizan, 41, was the cabbie who was initially suspected of being involved in the kidnapping of a boy in Kajang when he sent the boy home after finding him wandering by the road.

The other two cabbies who were honoured were S. Tamil Nesan and Abdul Wahid Tahir.

Another 10 cabbies were rated as being among Malaysia’s top 10 based on feedback by passengers on SPAD’s Meter-On app. 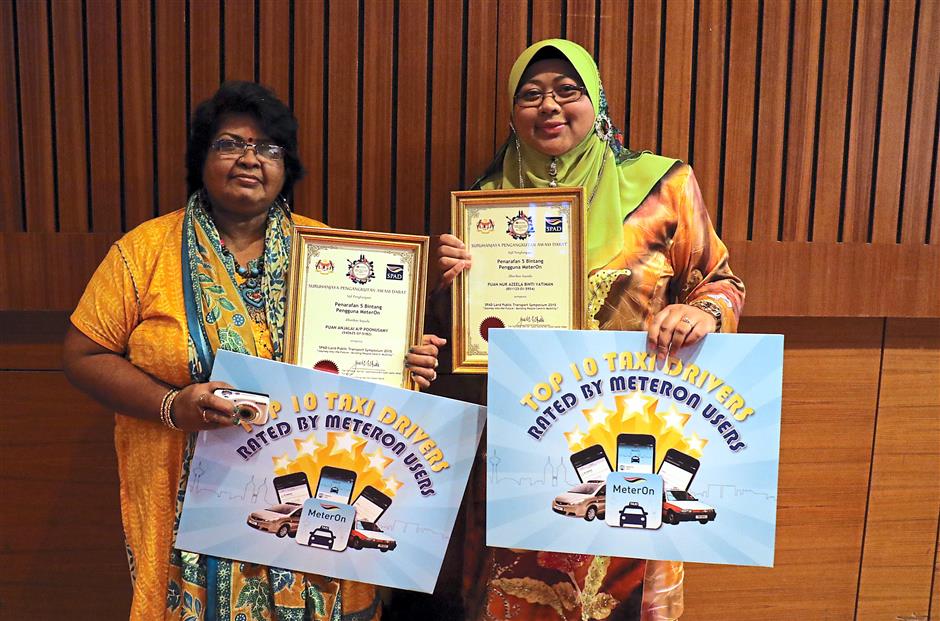 Anjalai (left) and Nur Azeela are the two women out of 10 taxi drivers who were rated as the top 10 drivers via SPAD’s app called MeterOn.

The awards were handed out at a gala dinner of the symposium, which serves as a platform for the exchange of best practices and exceptional thought leadership to help public transport policymakers, regulators, planners and stakeholders.

The event drew more than 600 participants to discuss improving connectivity in the first and last miles of the journey.