The four award recipients are (from left) Poonendarajah, Balakrishnan, Hilary and Wong.

About 80 former state players, national stalwarts retired officials and umpires and long time supporters of local hockey were present and enjoyed catching up and sharing memories.

Wong picked up the supremo award as Malacca’s most illustrious hockey player. He is the only national player from the state todate to attain the ‘unique triple double’.

Like Wong, D’Cruz was also awarded the supremo award as Malacca’s most illustrious sports official.

He was a Class One technical official and umpire with the Malaysian Amateur Athletic Union (MAAU), Malaysian Cricket Association (MCA)and Malaysian Hockey Federation (MHF) between the early sixties to mid-eighties.

He was also the first Malaysian cricket umpire to be officially recognised by the International Cricket Conference (ICC), the world-wide governing body for the game.

Balakrishnan or fondly known as ‘Hockey Bala, served the Malacca Hockey Association (MHA) for 43 years as an administrator, technical official, statistician and conveynor.

He was also the assistant manager for the 1978 national hockey team which bagged a bronze medal at the Bangkok Asian Games.

Poonendarajah, popularly known till now as ‘Mister Hockey Poonen, was Malacca High School hockey master from 1955 to 1968 and then again from 1972 to 1987. 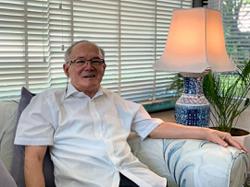 The Yang wizard of hockey 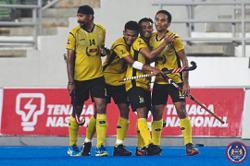 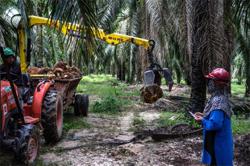