For all to see: Fadilah Khalil and Khairunissa Zainal Abidin (right) posing with portraits of their mothers which grace the facade of Pi Hotel.

ELEVEN artists, three weeks and an entire floor of premium rooms at Pi Hotel in Jalan Veerasamy. That’s what it took to get the Sekarang contemporary art show off the ground.

The end result? A collection for the upcoming art collector and the domineering presence of eight of the artists’ mothers gracing the facade and lobby.

It shows faces wrinkled by the lines of sacrifice. Smiles brightened by the pride of their children’s success or depicted as a sky bound super heroine. Even Sheila Majid’s glamourous profile was included, being a mother of four children.

Why the pervading presence of mothers for a theme that alludes to the present tense? Saiful Amir’s sculptures of keris handles reflect his love for our rich culture.

“If you ask me, “What is my ‘now’?” or “Who is the most important person in my life at present?”, I am going to tell you it’s my mother,” said Aizat Amir, a fine arts diploma graduate from the Baitulmal Skills Institute.

“At this moment, my mother is everything to me. She is my superwoman,” said Ashley Lai simply.

Housewives who put themselves on call 24-hours a day, seven days a week for the sake of their young.

Single mothers raising their families with only talent and hardwork as capital.

The driving force who drove their children to be what they are today.

Indeed the hand that rocks the cradle does rule the world. Hady Aris with Hi Mr C. Mr C is a cricket and it symbolises our fixation with our digital devices.

Liew is also very fond of his mother Datin Teh Siew Yeat, a mother of four.

Describing his mother as one who possesses an inner strength, he revealed she often worked behind the scenes to ensure everything went well with the family and the many charity events in the group’s CSR programme.

But the show is made of more serious stuff than young artists and an art patron who have been awed by their mothers.

It shows Gen Y’s fixation with their gadgets (and how gullible they are to share hate messages and racists thoughts) and of young people finding comfort in tradition and the constant need to remind that family values must always supersede material greed. 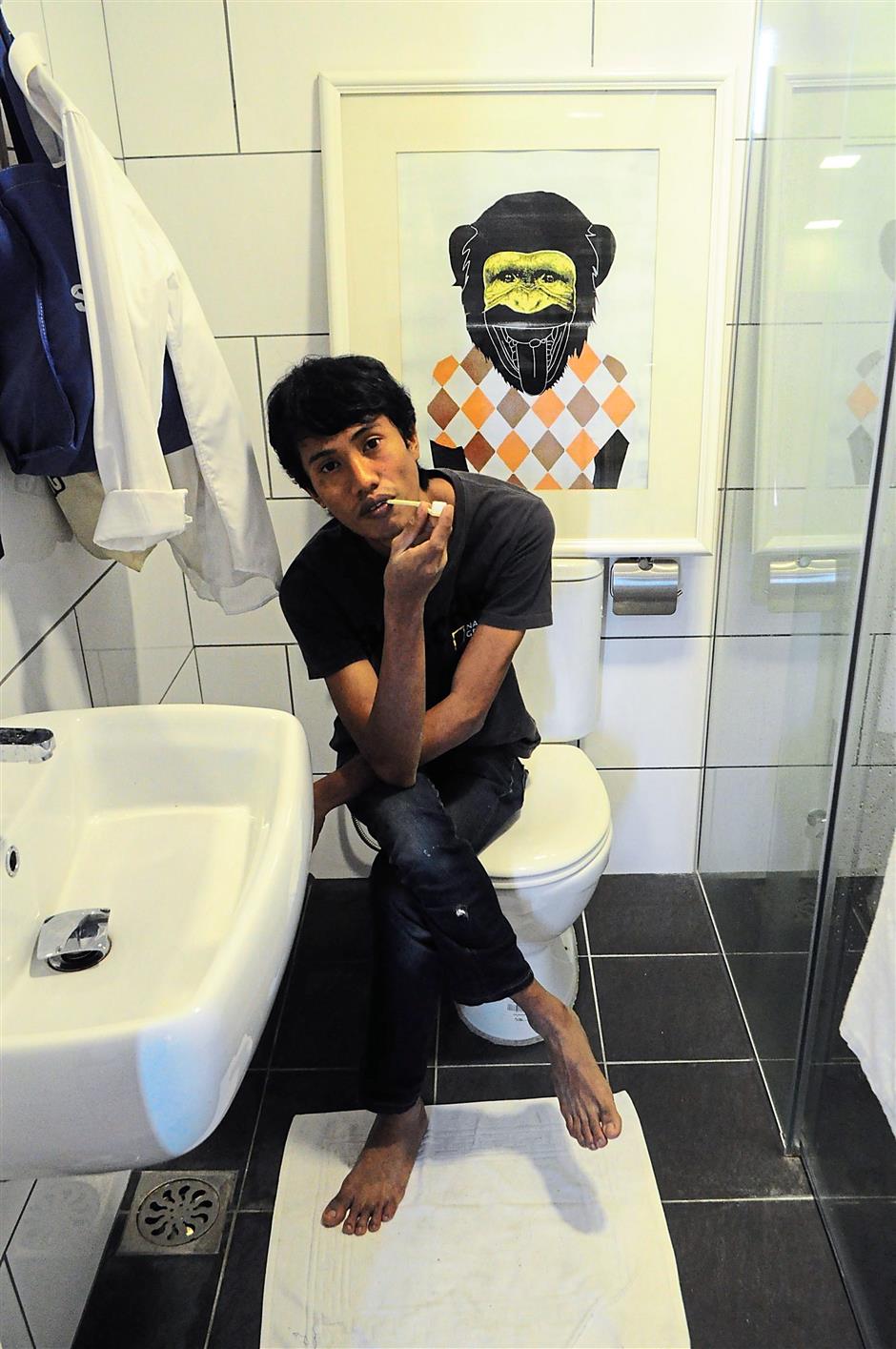 Haizul Bakar shows his observation of human nature. The conclusion: Our characters can be very similar to animal behaviour.

Such were the expressions found in this show.

Hady Aris picked a point with “Hi Mr C”. Mistaken for a cockroach, Mr C is a cricket.

“The cricket is a symbol of our gadgets. Notice how when crickets sing, all attention is turned to the insect. That’s how we are with our devices,” said Hady who used white blimps with plump limbs to represent the masses.

Seeking an opinion from Hazul Bakar’s “Followers”, an acrylic silkscreen of a cow wearing a collared shirt, it would seem like we’re no better than cattle following the herd. By right we should be more like the chimpanzee, his main subject in Study Work 1. The piece depicted a mischievous character who is also full of unusual ideas.

But what to do argued Nazmi Ismail. We must all have our icons may it be Saloma, Tun Mahathir or Sheila Majid. 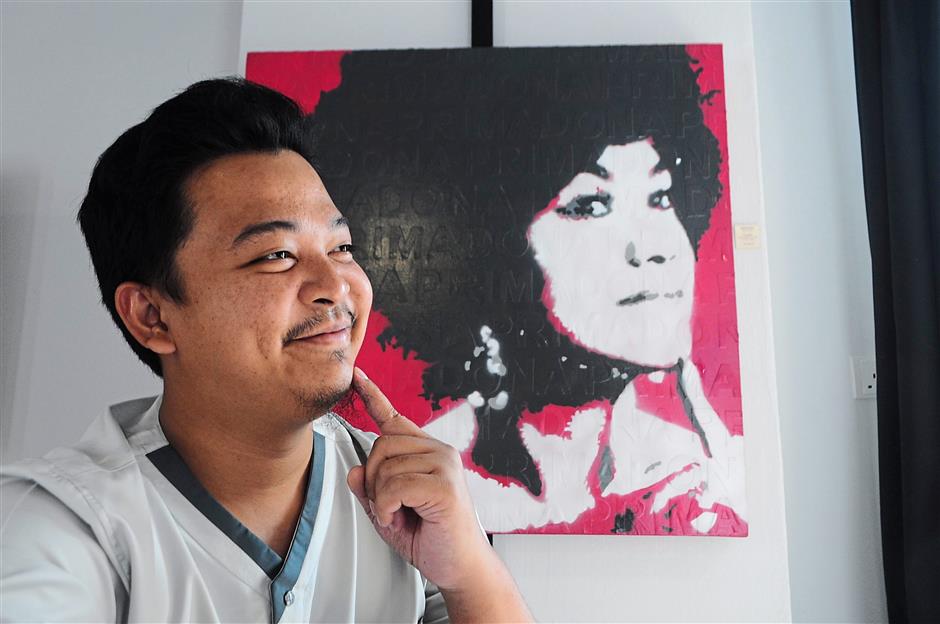 Nazmi Ismail with Primadona. This stencilled portrait of Saloma depicts his fascination with this century’s icons.

Nazmi who started life as a street artist confessed he had once terrorised the walls of Bangsar and Cheras.

“While the rest were celebrating Valentine’s Day, we had a Vandal Time Day,” he recalled.

So the thing about being able to appreciate the present is to learn how to chill, hinted Keat Leong.

Coming in with a series of digital prints, Leong’s work reflected his current fixation on spirituality and the calmness that comes with meditation.

“It’s about not being shackled by connections. The whole idea is to just immerse one’s self so deeply in the spiritual path that one seems to dissolve into the pursuit,” he said.

Liew who hoped the show will become a platform for the Ipoh art scene said the end goal is simple: To share the positive energy behind the artist’s messages and to be thankful of life’s little blessings.