Capturing a vanishing way of life

2 “Parallel Lines”, a piece from a concurrent exhibition titled Up Your Alley, also by The Print Room founder and partner Paul Gadd. (Jeremy Tan / Sept 11, 2015)

‘VILLAGE’ and ‘Up Your Alley’, a pair of ongoing photography exhibitions in Penang, aims to capture quiet everyday moments, saving them for posterity.

‘Village’ is shown at Art Space I of China House in Beach Street while ‘Up Your Alley’ takes place at 179 The House along Victoria Street, both in George Town.

Each features several dozen works by photographers, both professional and amateur, from Kuala Lumpur-based studio and gallery Print Room.

Founder of Print Room Paul Gadd said most of the featured pieces were hand-printed in a traditional darkroom.

‘Village’ tells the story of Kam-pung Segambut Dalam, a rustic enclave in the upscale neighbourhood of Mont Kiara in Kuala Lumpur. The village is gradually disappearing to make way for high-rises. Gadd said the 14 photographers involved, upon realising that time was running out for the village, decided to document its existence before it is gone for good.

They frequently dropped by to photograph the people, animals, shops and homes that exist under the growing shadow of development. Some parts of the village have since been demolished.

“Bit by bit, the village is disappearing. This isn't something unique to Kuala Lumpur. It happens in so many cities across the world,” he said at the show's opening recently.

Gadd is an Englishman who lives in Seoul but he also spends a lot of time in Malaysia.

He described his fascination with villages when he first came to Malaysia over a decade ago.

“They’re very quaint. When we went around photographing Kampung Segambut Dalam, the local folk were extremely friendly and would welcome us into their homes,” added Gadd, whose works were featured in both exhibitions. 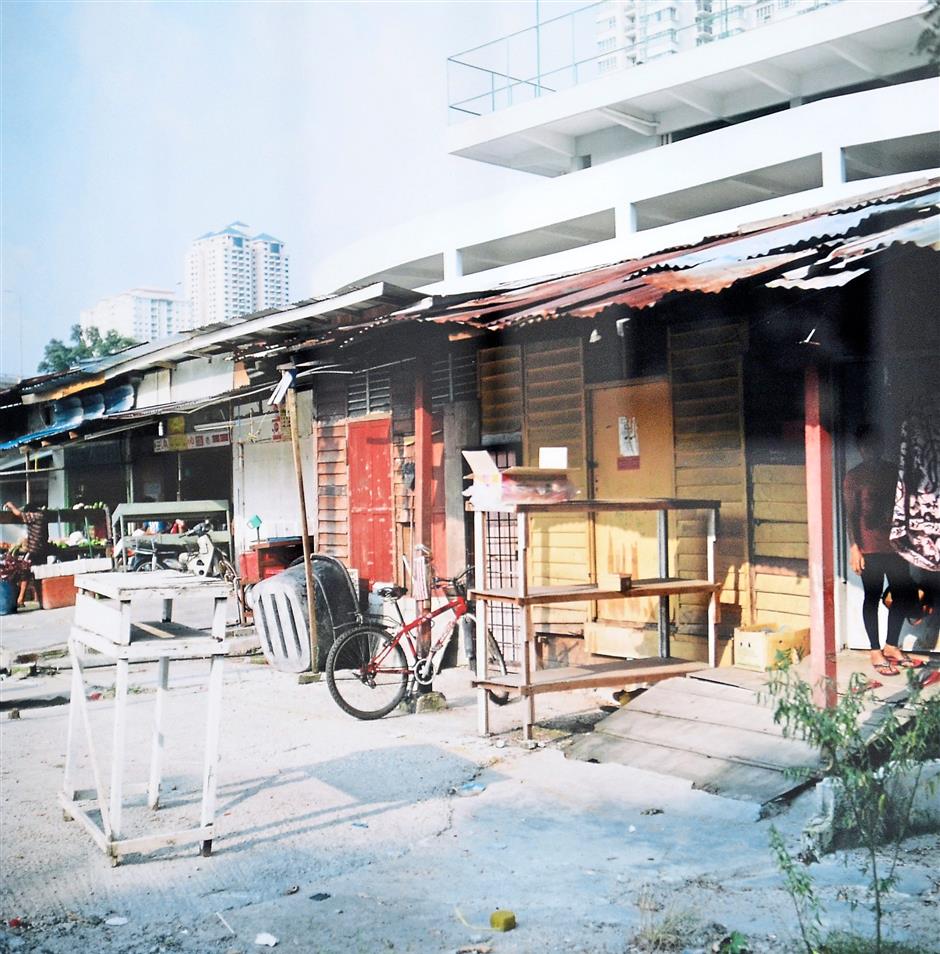 It focuses on street photography, capturing the essence of a place and the daily lives of the people there.

Both exhibitions run until Oct 4. ‘Village’ is open for viewing from 10am to 11pm daily while ‘Up Your Alley’ is from 10am to 7pm daily. Admission is free for both.