The Star honours employees for their long service

In Penang, which is The Star’s birthplace, the anniversary bash at the Star Northern Hub in Bayan Lepas was more of a celebration of the people who are still on their ‘successful first jobs’.

Many of the long service award recipients happily declared that they have remained with The Star, which was the first job they had applied for, and which will be their last.

Editorial clerk Koh Lean Hua, who joined the company as a typist on Nov 11, 1979 after leaving school, said she came to work on her first day in a trishaw from the Sia Boey bus station where Komtar is now.

“It was exciting for me because The Star was already famous in Penang by then,” she smilingly said.

Koh, 56, said she had stuck with the company all these years because she had always felt as though she belonged to one big family. 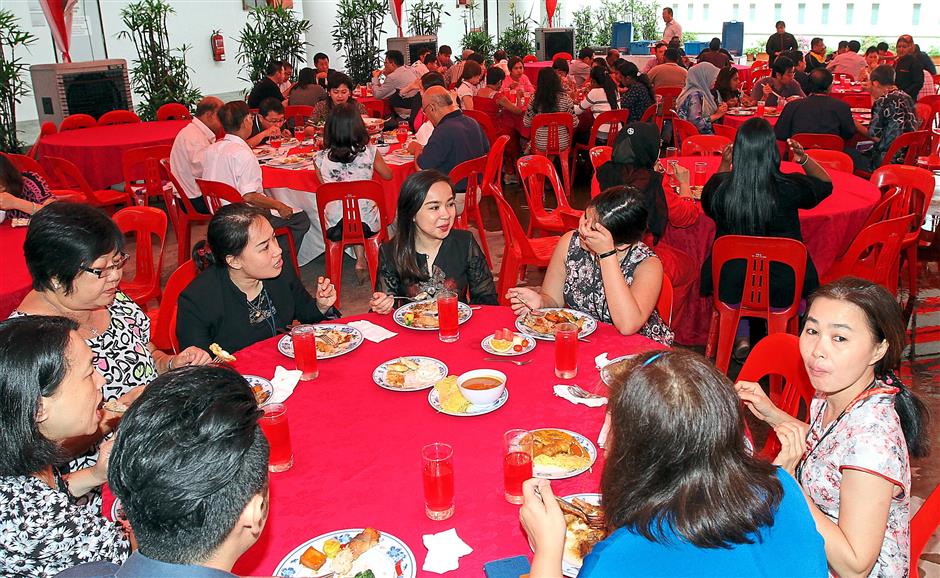 The happy team enjoying the luncheon at Star Northern Hub.

“Besides, being with the press gives me the advantage of getting the news firsthand,” she added.

It is also the first job for senior advertisement representative Wong Mei Choo, who joined on March 5, 1984.

“My first pay cheque was just RM340, but I was so happy with it!” she said after receiving her long service award yesterday.

Photographer Charles Mariasoosay, 50, joined in May 1982, initially serving as office helper and messenger.

“After 12 years, I applied to be a photographer and the bosses gave me a chance. It’s a joy to be working here,” he said.

The longest serving employee is office helper and messenger Ramlan Abu Bakar, 58, who joined on Nov 1, 1975.

“I joined right after Form Five. The company has done so well from the time I joined,” Ramlan said.

Assistant chief photographer Goh Gaik Lee, who joined the company in 1990, said she did not expect her first job would end up being her last one as well.

Before the buffet lunch, the Penang office staff watched a live telecast of the launch of TheStarTV.com and the group’s corporate logo at the company’s headquarters in Menara Star, Kuala Lumpur, with speeches by group chairman Datuk Fu Ah Kiow and chief executive officer Datuk Seri Wong Chun Wai.

About 30 retired employees also joined in the celebration.