1 The new facade greets visitors at the entrance to the garden.

AFTER a long delay, upgrading works of the National Botanical Garden in Bukit Cherakah, in Shah Alam has been completed.

A new main entrance, ticketing counters, a visitors’ centre and a data centre, are among the facilities which have been built.

In October 2013, StarMetro had reported that the construction work at the National Botanical Garden’s administrative complex had been ongoing for five years.

The report had also discovered that construction work was ongoing at four different sites near the main entrance to the park.

Garden director Mohammad Gaddafi Denis said the new facade gives the garden a more imposing appearance in line with the change of its name.

The garden was formerly known as the Taman Cahaya Seri Alam Agricultural Park. 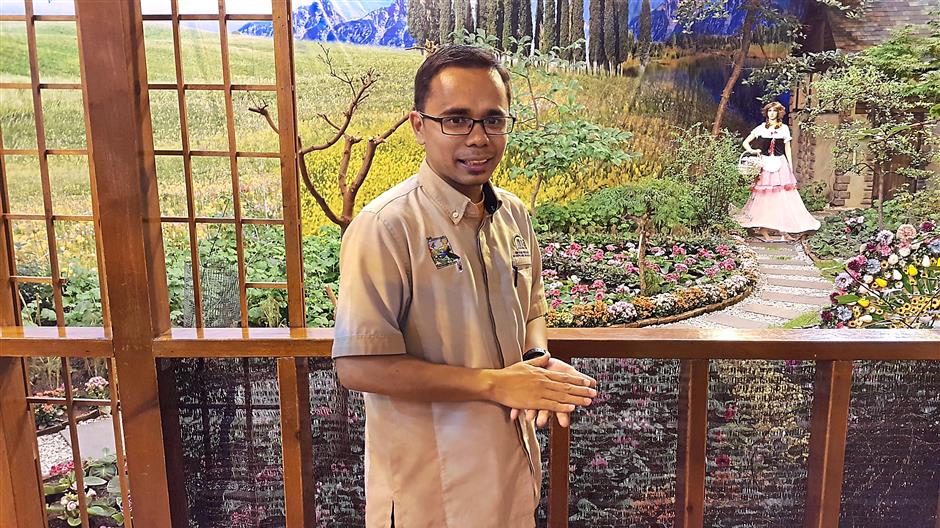 With the change in the name, Mohammad said the concept had also changed as it now places more emphasis on the preservation and conservation of forests and habitat.

“The concept of the agricultural park was totally different from a botanical garden as we are now also responsible of engaging target groups in order to provide information on the botanical garden.

“Now, we have a data centre which has a herbarium to showcase leaves, flowers and seeds.

“We also have collection of insects such as butterflies and beetles at our data centre,’’ he said.

He added that the data centre had collections of some 100 species of leaves, flowers and seeds from the botanical garden.

“We have also created a new attraction, an orchid garden which has yet to be fully completed.

“We have shifted the birds from the site to the Animal Park and the bird aviary will be used to house the numerous types of orchids,” Mohammad said. The swimming pool offers an additional leisure activity for visitors.

He said another attraction is the Herbs and Medicinal Garden which replaces the former mushroom garden.

“Various species of herbs have been planted in this area,” he said, adding that the lookout tower in the area would also be upgraded.

Mohammad said new varieties of fish would be added to the fish farm, but fishing is strictly prohibited there.

He said Kampung Budaya, the cultural village which had been kept closed to visitors for several years, had also received a facelift.

“The cultural complex and traditional houses, which had been built to represent the architecture of different Malaysian states, are now open to public.

“The houses have been fully refurbished with new furniture and are ready to receive visitors,” he said.

Ahmad Sabirin said more upgrading work would be carried out at Camar Rimba where 20 A-frame chalets that had deteriorated would be rebuilt and the existing campsite would be reopened. Visitors are encouraged to cycle or walk around the garden to appreciate beauty of nature.

He added that Taman Budiman, which had 11 houses representing the homes of farmers from 11 Malaysian states, would be also upgraded.

“The improvement and upgrading works will be completed by the end of next year and the garden will be opened by early 2017,” he said.

With the much improved facilities, he said, the botanical garden would remain a top choice in the Klang Valley for those seeking recreation in a natural environment.

As part of the botanical garden concept, he said, visitors are encouraged to walk or cycle around the park so they can enjoy the flora and fauna amid fresh air.

“We provide a shuttle bus for only the first 2km and this is to preserve the forest from carbon monoxide emissions from the vehicles,” he said.