Getting a taste of hunger

1 Dr Mah (centre) holding up the ‘Hunger Movement’ T-shirt, which was given to him as a souvenir.2 The children of SJK Bukit Merah in Lahat cheering with joy as they hold up the food and packet drink they received.3 Volunteers from World Vision Malaysia performing an acoustic rendition of popular Cantonese song ‘Hei Foon Nei’ by Gem Tang.

AFTER fasting for eight hours, Standard Six student Lim Tzer Xing could not hold back his excitement when he could finally savour the taste of food again.

“I’ve been feeling weak the whole day after not being able to eat anything.

“I kept thinking about eating my favourite food like KFC all the time,” he said.

Tzer Xing was among more than 70 schoolchildren from SJK Bukit Merah, Lahat, who experienced hunger for eight hours last Sunday.

Named the “Children 8-Hour Hunger Movement,” it was organised by humanitarian aid organisation World Vision Malaysia in partnership with the school, and supported by the Perak Non-Islamic Affairs Department.

The children gathered at the school from 9am to 5pm and they were not allowed to eat, only drink, within those hours.

They participated in various activities, facilitated by volunteers, which taught them the meaning of working hard to earn money and put food on the table. The children of SJK Bukit Merah in Lahat cheering with joy as they hold up the food and packet drink they received.

“After this, I learned how to appreciate food. I will not simply waste food anymore,” added Tzer Xing.

Meanwhile, another student, Chong Chee Teng, 12, said she felt all right throughout all those hours of not touching food.

“I don’t usually eat much. But the camp has really taught me to be grateful for everything I have in my life, including food and water.

“I felt very sad when I found out what children in Africa have to go through everyday,” she said, referring to famine.

In his speech, he said despite global hunger being a persisting crisis, there was a huge disparity between the rich and the poor.

“There are five million children dying every year because they don’t get the nutrition and sanitation they need.

“But on the other hand, in countries where people have enough to eat, they produce 1.3 billion tonnes of wasted food. 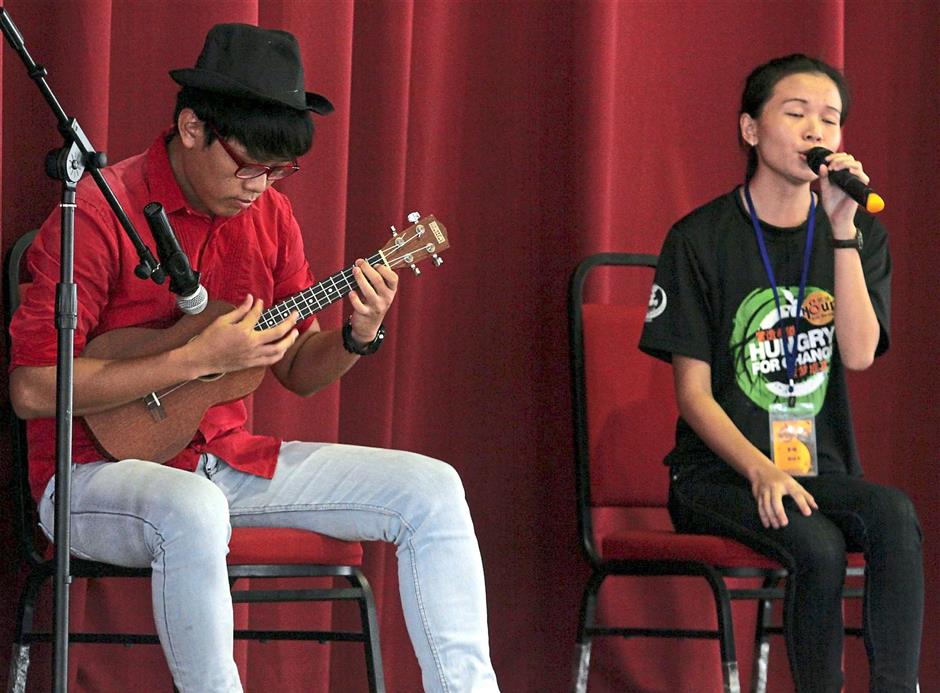 “Although we are living in a developing country, where most of us are well-fed and clothed with no war, we should also understand what poverty and famine feels like,” he said, urging the public to be mindful with their food and not waste them.

Dr Mah also highlighted the importance of eating a balanced meal, as a child’s mental and physical development can be stunted permanently because of poor nutrition.

“This can be caused by lack of nutritious food intake, a lack of resources to enable food security, and poor knowledge of good health.

“Now that you have experienced what it’s like to be hungry for prolonged hours, remember to eat well and again, do not simply waste food anymore,” he said.