ipaxaedes270715 7... An Ipoh City Council enforcement officer trying to cut open the gate of an abandoned house in Taman Cempaka on July 27.

THE state and local government are working hard to remove Taman Cempaka in Ipoh from the list of top hotspots in the nation.

Over 400 people were involved in the operation, including Ipoh City Council staff, Rela members, firefighters, Rukun Tetangga members, the police and members of the Malaysian Armed Forces.

Dr Mah said Taman Cempaka, which is ranked at the top of the list, has had 117 dengue cases reported in the last 233 days of outbreak, starting last November.

“We just succeeded in eliminating Kampung Dato Ahmad Said Tambahan 2 in Jelapang from the list early this month.

“Now Taman Cempaka, which was number two on the list back then, is number one, with the highest number of infections,” he told reporters during the operation at the residential area on Monday. 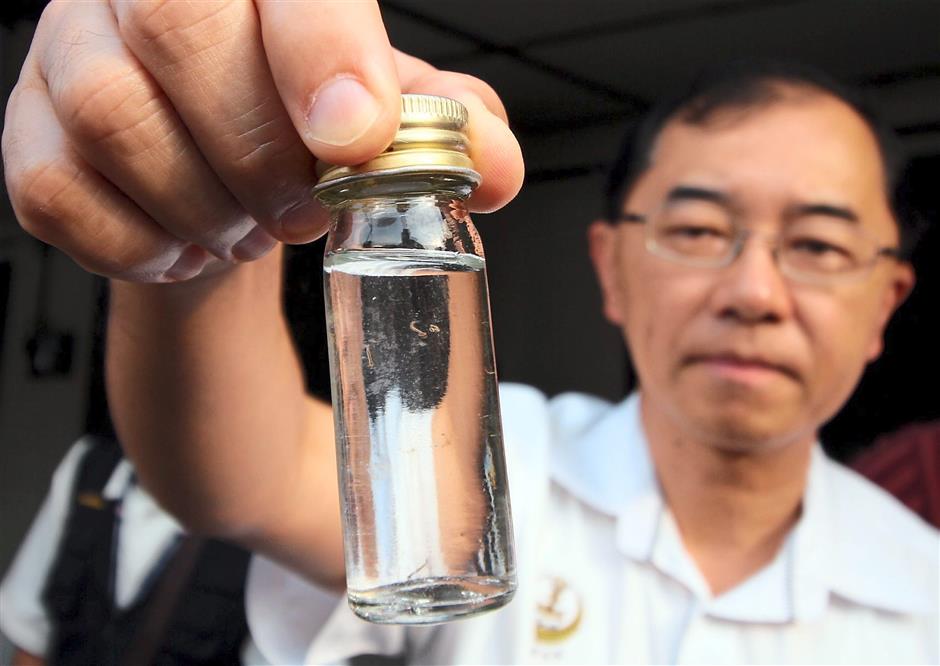 Dr Mah with a sample of mosquito larvae found in one of the abandoned houses.

The council has also recorded a worrying number of 3,515 dengue cases and seven deaths reported in areas under its jurisdiction in Ipoh from Jan 1 until July 18.

On the possible reasons behind the uncontrolled outbreak in Taman Cempaka, Dr Mah said it was due to a high number of abandoned houses in the area.

“Based on the council’s records, there are around 75 abandoned houses, while another 310 are unoccupied.

“The grass is overgrown, with stagnant water in many of their lots, resulting in mosquito larvae breeding here.

Also, there are outstanding assessment payments,” he said.

To get to the root of the problem, Dr Mah said they are planning to set up a special task force with the city council and the Land and Mines Office to track down owners of abandoned premises.

“In this operation, we have issued a last warning notice at their doors, apart from clearing potential mosquito breeding grounds. If we don’t hear from them within seven days from now, action will be taken,” he said.

During the operation, they also found a piece of land, belonging to the armed forces, being used now for illegal farming. 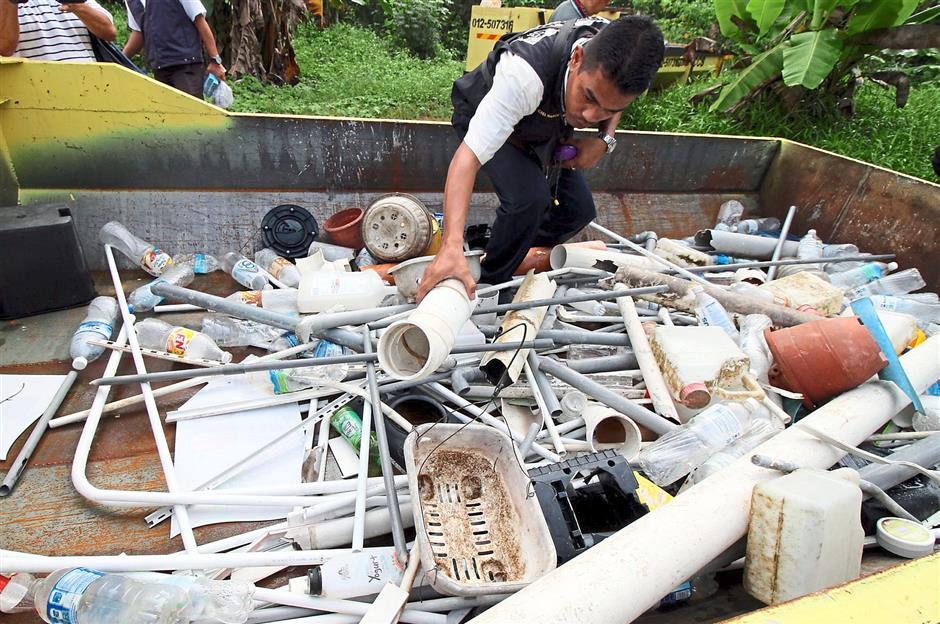 A health officer checking for stagnant water among the rubbish found at the illegal farm. Photos: SAIFUL BAHRI

Stagnant water was found in a lowered platform in the ground and inside water tanks on the land.

In a separate press conference, Ipoh mayor Datuk Zamri Man said the council will no longer tolerate the irresponsible acts of the public.

“We have taken all sorts of measures such as issuing reminders and notices, and giving them ample time to act.

“Right now we are even clearing their compounds for them as their abandoned lots are causing problems for other residents.

“If these owners fail to pay their assessment rates and the cost of cleaning for a certain period of time, we have the power to seal and confiscate their property until they pay up,” he said, adding that uncollected payment for the cleaning bills currently amount to more than RM1mil.