chandrasegar said the contractor has left unfinished building materials by the drain.

AN ABANDONED basketball court and a vacant piece of land in Kampung Tunku, Petaling Jaya, have become breeding grounds for mosquitoes.

Residents from the Kampung Tunku Apartment in Jalan SS1/5 claim that the two sites and had even attracted wildlife to the area, such as snakes.

He said the fence of the basketball court had been broken and surrounded by creepers and trees.

“The court is in a deplorable condition with a broken fence, broken flooring and damaged backboards,” he said, adding that the court overlooking the four-storey apartment was an eyesore. 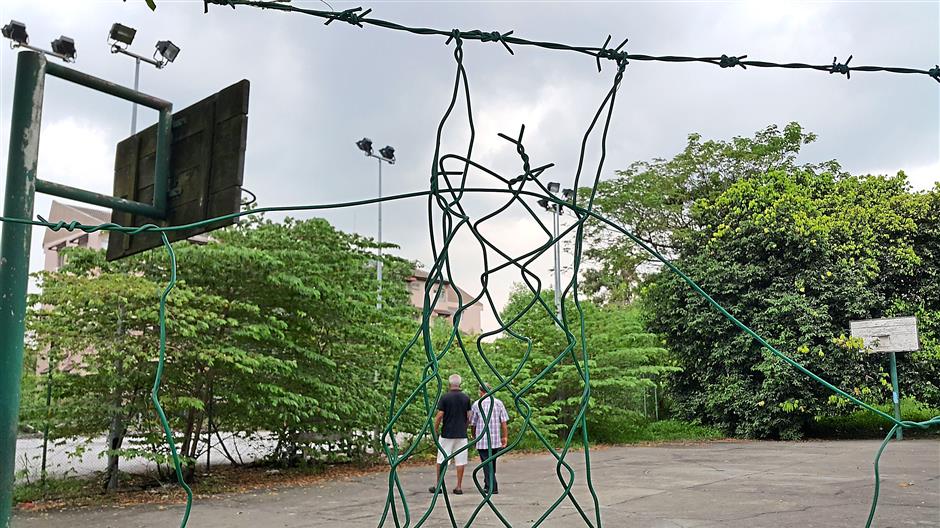 The abandoned basketball court is an eyesore.

Chandrasegar added that the plot of private land in Jalan SS1/4 was also overgrown with creepers and trees.

“These spots seem to be perfect Aedes mosquito breeding grounds and we do not want our area to be hit by a dengue outbreak,” he said.

Samson Lee, another resident, said they were also concerned over the missing manhole covers along Jalan SS1/1, Jalan SS1/4 and Jalan SS1/5.

“The uncovered manholes pose a threat to pedestrians especially at night,” he said.

Chandrasegar said the drains in the area were also in bad shape.

“A contractor who was supposed to repair the drains did not complete the job and the construction materials are left all over the places,” he said.