SIBU: Sibu Municipal Council has come up with yet another eye-popping mural painting – the third so far since the project was launched in early May.

The first one is about an olden days’ coolie at work at the wharf.

The newest one, which was drawn on Monday at the central market, shows a painting of four chickens and duck bundled in newspapers where the town is synonymous with.

This mural painting is creative at it leaves it to the imagination of the public to take photograph of them presumely sitting on an wooden bench and write what is in their mind in the bubbles provided. 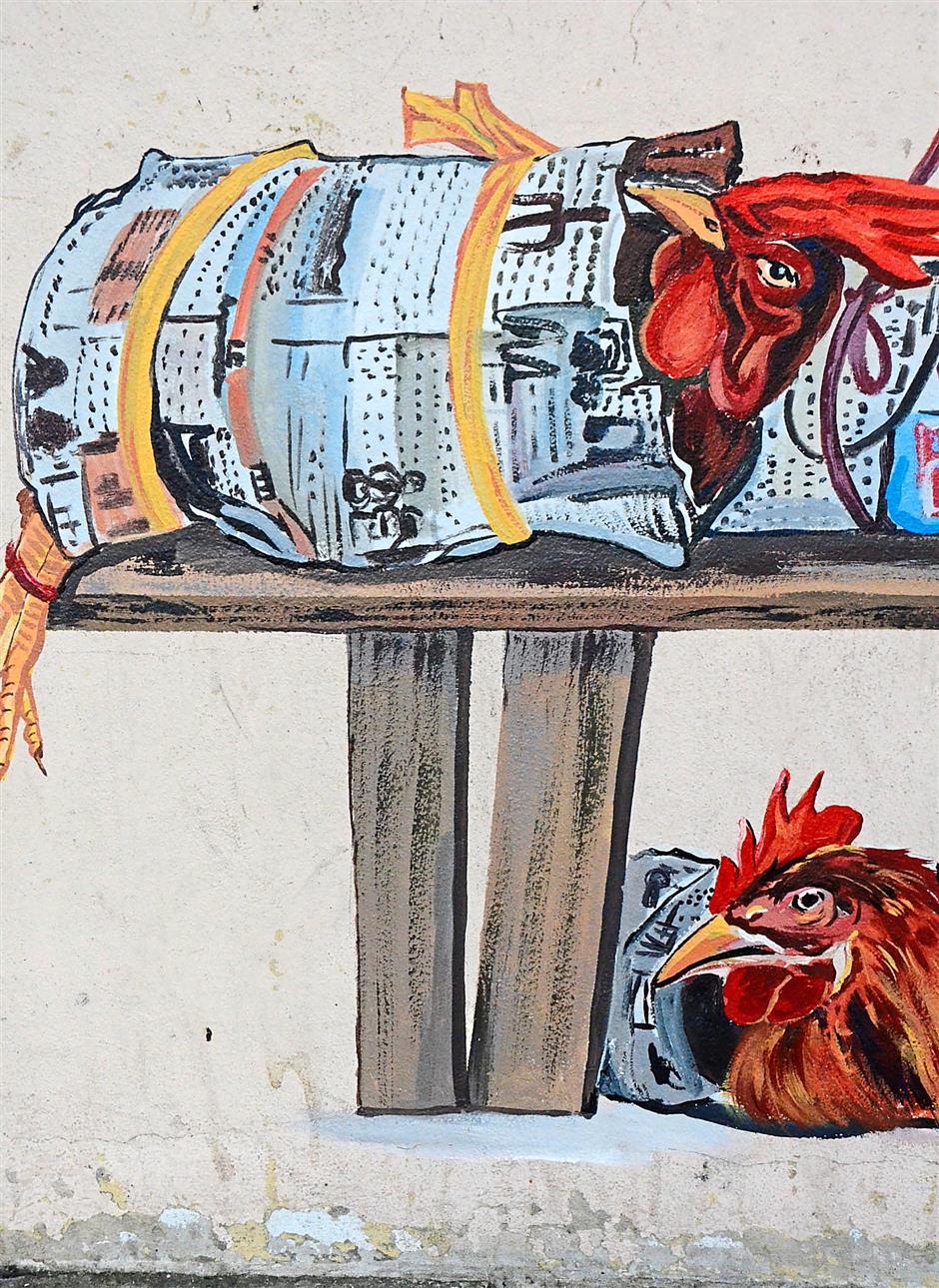 The front and back legs of the bench lack perspective as they should not be of same length.

A member of the public, Albert Tay, with his sharp eyes however was quick to spot several weaknesses on the painting.

Tay, who is a part-time artist, told Sarawak Metro that the painting lacked perspective.

“The painting is good but its composition is a failure in perspective. The front and back legs of the wooden bench in the painting should not be of the same length diagonally as in painting they must in perspective,” he said.

He explained that in any painting of a bench, the inner legs should be shorter and smaller and darker for the shadow.

“Even in elementary art lesson, we will be taught of the importance of having perspective for objects. The four legs of the bench in this case should not be of the same length,” he said.

Tay says the legs of the bench should touch the floor.

Tay also pointed out that the legs of the bench should be drawn in such a way that they touched the ground.

“From this painting, it looks like the bench is hanging in the air,” he said.

Tay believed that because the artist had painted two cocks undernearth the bench that she could not be able to “extend” the legs of the bench.

He also noticed that the adult duck on the bench was smaller than all the cocks in the painting.

“It is common knowledge that adult ducks are always bigger in size to chicken even the cocks,” he said.

He, however, gave credit to the artist for the two bubbles in the painting.

“I am not here to criticise anybody with my opinions and it is up to the council to consider my view,” he said, adding that the painting could easily be corrected.

A trader at the market, Lai Lee Siew, concurred with Tay.

“I saw the artist doing the painting on Monday and immediately I could see the shortcomings,” he said.