EVEN before the doors opened at 9am, thousands of people were seen queuing to collect their Ipoh Starwalk 2015 T-shirts and goodies at the The Star’s Ipoh office yesterday.

Forming an orderly line, some early birds arrived as early as 7am to get the right T-shirt size.

Despite being the first day of collection, the goodies were snapped up quickly.

Among them was G. Ratha and her elderly parents, who arrived around 7.30am.

Ratha, from Kampung Tawas, said when she arrived at the office there was already a long queue.

“This is my seventh time participating in the walk and every year, I have been getting more of my family members to join the walk,” she added.

Her mother P. Leevathy, 63, said this was her third time participating and she looks forward to the walk each year.

“My daughter always insists that we live a healthy lifestyle and this year, there are eight people in the family, including my husband, taking part in the event,” she added.

Leevathy’s husband G. Arumugam, 72, said Ratha had asked him to join the walk this year and he decided to take up the challenge.

The retiree said usually his wife, daughter and grandchildren were the ones taking part in the event.

“This year, another daughter and two other grandchildren will also be joining us. Andrew is looking forward to walking with her family.

“It will be a fun family walk,” he said after collecting his T-shirt and other goodies.

Student Foo Hui Ting said she arrived to collect her T-shirt and goodies around 7.20am.

The 16-year-old from SMJK Ave Maria said there were already a lot of people ahead of her.

She used to ask her friends to help her collect the items in the past, but the T-shirt was usually the wrong size so this year, she decided to pick them up herself.

“The queue almost reached a Chinese temple nearby. 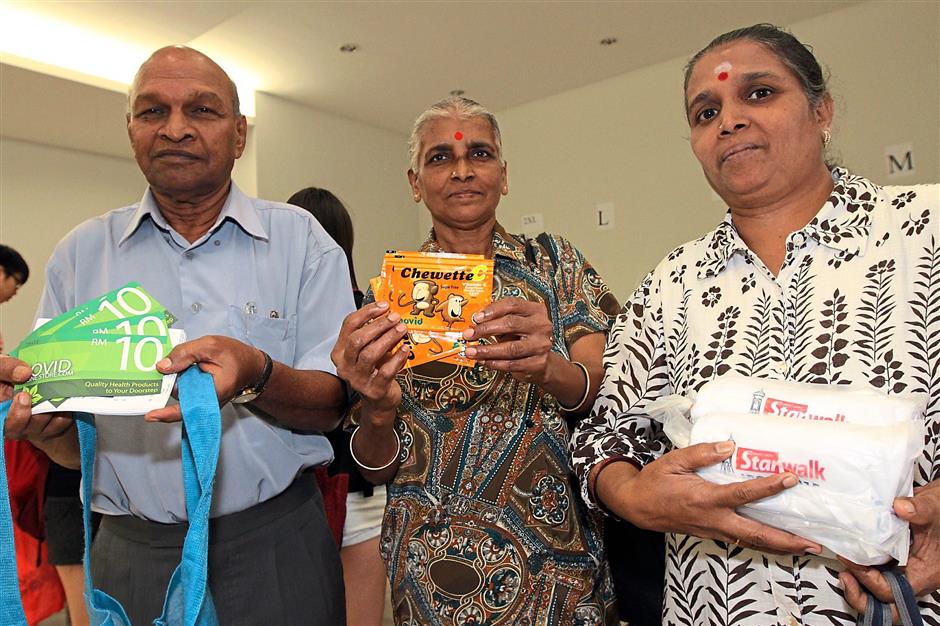 Arumugam with his wife Leevathy, (middle) and daughter Ratha, holding their goodies and T-shirts.

“It was hot, but then luckily, I spotted a friend from school and we started chatting, so the wait did not seem too long,” said Foo, who will be participating in the walk for the fourth time.

Travel agents Calvin Yap and Jayden Loo, who will be participating in the walk for the fifth time, were also there to get their goodies.

Both of them arrived around 8am to collect the items before heading to work.

Yap, 25, said when they arrived, the queue was really long but thankfully, they were able to pick up the items and get to work on time.

Housewife Geraline Ann Andrew, 49, said she was collecting the goodies for herself, her husband and her 14-year-old son. 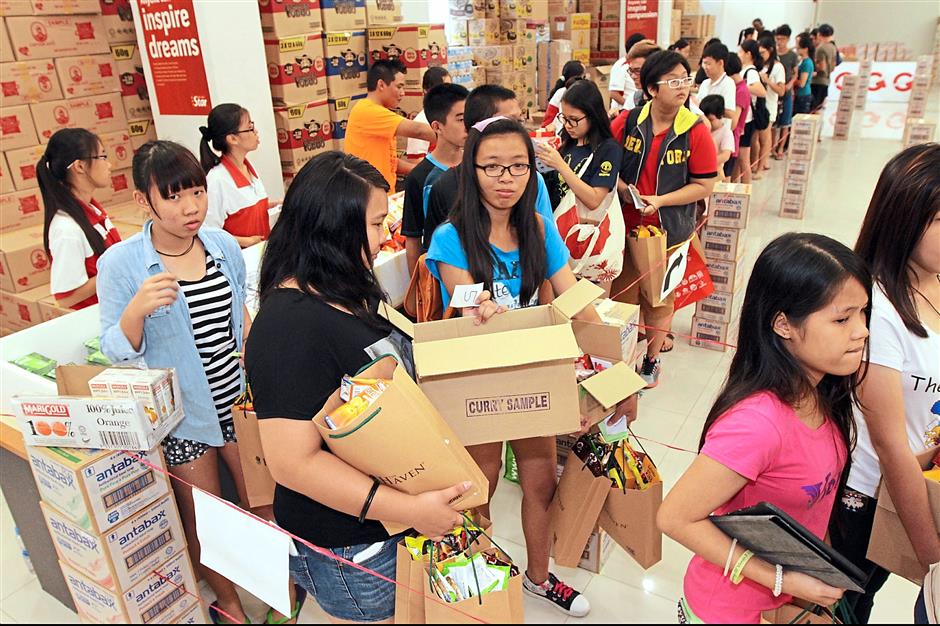 Participants brought their own bags and boxes to collect the goodies.

She arrived at 7.50am and stood in the queue for some time before it was her turn.

She said it would be fun participating in the walk as a family.

“My family and I are health conscious and we look forward to the Starwalk yearly,” she added.

The last day of collection for T-shirts and goodies is on Saturday at The Star office at 8-10, Lorong Chung Thye Phin, Ipoh, from 9am to 5pm.

Participants need to bring along their own bags as The Star will not be providing any.

YES is the platinum sponsor, Indomie the gold sponsor, while the silver sponsors are F&N, Magnum, Sanctband, Julie’s and Mamee-Double Decker.

This 12th edition of Ipoh Starwalk is a 7km fun walk to be flagged off at Stadium Indera Mulia at 7am on Sunday.