1 Ex-women staff members of the Butterworth Hospital posing for a group photo after a nasi briyani lunch gathering at the old hospital compound.

IT has been 20 years since the Butterworth Hospital in Jalan Bagan Luar on the Penang mainland ceased admitting patients following the opening of Seberang Jaya Hospital.

Butterworth Hospital, which was built in the early 1900s, had since 1995 been operating as an outpatients’ clinic apart from providing other support services.

To mark the 20th anniversary of its closure as a full-fledged hospital, a total of 170 former staff members including doctors, nurses and hospital attendants came together for a nasi briyani lunch gathering at the old hospital compound recently.

The attendees, mainly retirees and some still in the government service or in the private sector, had a joyful time reminiscing the past and catching up on the latest in their lives.

Some of them were visibly moved to see old friends whom they had not met since the hospital closed.

There was a lot of hugging and holding of hands similar to children meeting their long lost friends.

Penang Hospital director Dr M. Sukumar, who was once a medical officer at the hospital, said he was happy and surprised at the good turnout. 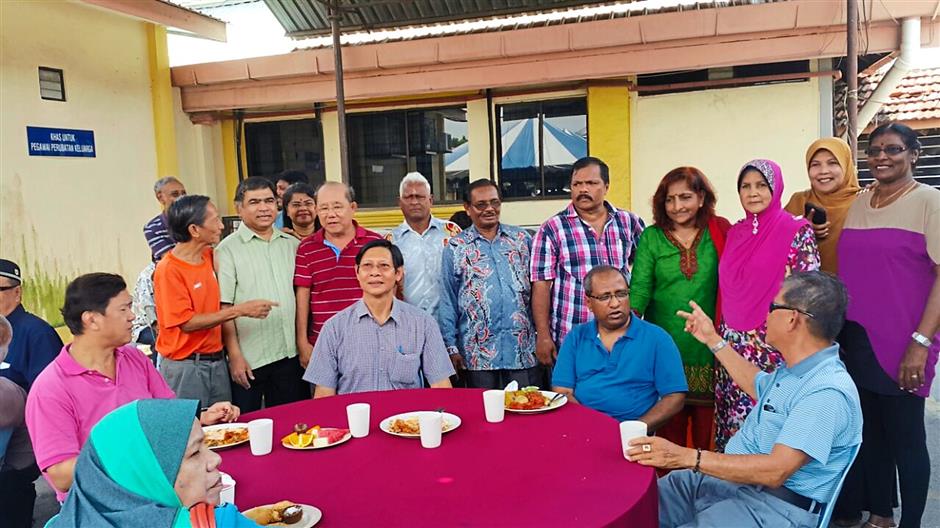 “I still remember many of the former staff members pretty well even though I was away from Penang for some time.

“This is perhaps the first time such a big number of the hospi-tal’s former staff members have gotten together after so many years,” he said.

Former medical officer Dr Koe Eng Gin, 75, who first mooted that such a reunion be held, said he was sad he could not attend the event.

Conveying his best regards to the organisers, he said, the six years he served in Butterworth Hospital were the best years of his working life.

“I always looked at all the staff members as my friends and family. There were so much goodwill and cooperation then,” he said.

Seberang Jaya Hospital chief assistant medical officer M. Vijayakumaran said a group of friends asked him to organise a similar gathering in the near future.

In conjunction with the event, a Facebook account named Butterworth Hospital has been opened as a means to keep old friends of the hospital in touch.