Amazing attempt: (From third right) Leong and Law holding a banner promoting Kim’s upcoming attempt. With them are the other organisers.

The public can witness his attempt from June 2 to 7, in front of Odeon — The Heritage Asylum (formerly Odeon Cinema) along Penang Road in George Town.

Kim, a professional illustrator and comic book artist, will work from 10am to noon and 2pm to 4pm daily to complete an 8m piece themed “The Strokes of George Town”.

He will do so without prior sketching or references, and draw purely from memory of Penang's structures and street life seen during several previous visits.

A timekeeper, photographer, videographer and surveyor will be on hand to document the attempt which will then be submitted for confirmation as a world record.

Odeon founder Leong Hoy Yoke said the talented 40-year-old Kim is blessed with amazing visual memory and imagination, and is able to conjure any scene at speed without reference.

"The fisheye art illustration will be the first of its kind attempted at this level.

Kim, a fine arts graduate of the Dong-Eui University of Busan, said his style requires practice, but anyone can do it so long as they have a strong imagination and confidence in expressing it.

A proponent of dynamic images, he likes the extreme perspective of the fisheye approach as it accommodates the plethora of images that he has in mind.

"I observe things all the time. I don't have references while I'm drawing, but I'm always collecting visual resources and studying visuals of all sorts and genres," he added.

A motorcycle enthusiast, Kim has never drawn at such lengths, and is embracing the challenge.

Once complete, his masterpiece, valued at RM1mil, will be exhibited at Kimagination @ Odeon, a comic interactive hall at the former cinema.

The space will also have its soft opening at the end of his record-setting attempt at 4pm on June 7.

Leong said it would also house 40 other pieces of Kim's exclusive art illustrations that depict the lifestyle of George Town in the 1960s, 70s and 80s, which visitors can interact with.

A 180m History in Motion animated painting of the vivid city life, using a scattered perspective mapping method, will transport audiences into the past.

Completing the attractions is a children's Interactive 3D Art space.

More details will be revealed following the opening. 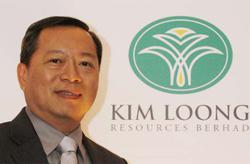