Squeezing through: Motorcycles sharing a toll lane with other motorists along the Ampang-Kuala Lumpur Elevated Highway, raising safety concerns.

MANY users of the Ampang-Kuala Lumpur Elevated Highway, better known as Akleh, are in support of reverting to its original policy of not allowing motorcycles on the highway. “The orderly and safe feeling when driving on that highway was gone when motorcycles started using it. Two lanes is just enough for cars, with one used for normal driving and the other for overtaking. Now, everybody has to slow down because motorcycles take up the entire left lane despite its small size and we also have to contend with some who use the right lane or weave in and out during peak hours,” Elaine Choo, 29, a marketing executive said.

She added that she had a bad experience with Mat Rempits (motorcyclists who ride in groups and perform reckless stunts on the highway).

“There were a lot of them, riding along the whole left lane about five car lengths. Then they started creeping into the right lane and before I realised it, they were driving all around me.

“It was terrifying because each bike had a pillion rider and they were looking into my car and me. There are so many stories about smash-and-grab cases or intimidation and that was all I could think off apart from trying to keep my car as steady as possible. Also, I have been told many times that I would be at fault if I crashed into any motorbike so it was a really stressful situation,” Choo said.

Another regular user of the highway R. Shaila, 25, who works in a media company, said law-abiding motorcyclists also caused dangerous situations on the Akleh.

“They take up the entire left lane so I will have to drive on the right lane. When one wants to exit on the left, speeding up or slowing down is necessary to get around them but some of the motorcyclists do not give way, so sometimes I find myself cutting it real close,” she said.

“They like doing stunts such as lying flat on the bike seat and going very fast. It is a tragedy waiting to happen,” he said, adding that the narrow lanes and sharp turns make it dangerous for both motorcyclists and cars to share the same road.

While he supports the move to ban motorcyclists on the Akleh, he is on the fence for the same decision for the Maju Expressway (MEX) that is a direct route from Kuala Lumpur to Putrajaya.

“I have no problems with small motorcycles that are under 500cc as they usually stick to the left lane but the superbikes can be a bit of a nuisance sometimes. They go so fast and come out of nowhere. Sometimes they also ride on the white line.

The Works Ministry has issued a statement stating that they are gathering more information from all stakeholders on the move before a decision is made.

The move to ban motorcyclists will affect Akleh and MEX, both of which were originally motorcycle-free highways.

It further stated that the Malaysian Institute of Road Safety Research (Miros) Road Safety Audit Report concluded that allowing motorcycles on the Akleh should not be encouraged.

Several features of the highway is unsafe for motorcyclists and can increase the accident rate involving motorcycles especially when the traffic volume increases.

Among the features highlighted are narrow road shoulders and lanes.

Both highways are not designed for the use of motorcyclists and there are no dedicated motorcycle lanes built on either. Additionally, it is in the Akleh concession agreement that motorcycles are not allowed on the highway.

The move to allow motorcycles on the two highways came at the heels of the fuel price increase in 2008 when petrol price went from RM1.92 per litre to RM2.70. The current price for RON95 petrol is RM1.95 a litre.

Both Projek Lintasan Kota Sdn Bhd (Prolintas), Maju Expressway Sdn Bhd (MESB) and the Malaysian Highway Authority (LLM) have been approached for comments but have yet to make a reply at press time. 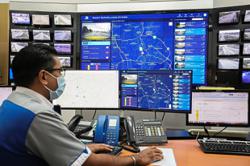