Benefits of having elected representatives 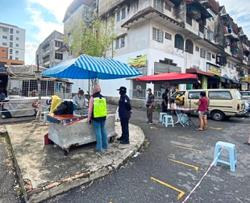 Selangor MCA Complaints bureau chief Kelvin Chong said he welcomed the local government elections which will lead to good check and balance in the councils.

He urged the Pakatan Rakyat government in Selangor to fulfil their local council election promise made during the past two general elections.

“People voted for them because they made a lot of promises.

“Among them was the local council election which still remains unfulfilled.

“I feel some of the councillors and the Petaling Jaya City Council (MBPJ) officers hold very “powerful” posts.

“They are decision makers and this needs to be balanced with a good pool of residents’ representatives in the council,” said Chong.

He cited the recent incident of the Taman Medan church issue whereby a group of residents demanded a church to remove the cross from its building.

He said if there were good representation of the Petaling Jaya residents serving as councillors; this issue could have been addressed better.

“Depending on how you interpret the Constitution. Look at Article 153 and Article 3.

“Article 153 refers to the special position of the Malays and the natives and those in Sabah and Sarawak.

“When interpreted correctly, you will realise that the Malay rights will be there anyway and it is enshrined in the Constitution.

“Going by the Constitution, there is no way the rights of Malays and other indigenous community will be touched,” said Saifuddin.

“The Malays should not worry. There is always a way of coming up with a mechanism to always ensure that no one will lose out.

“This can be done by holding staggered local council election where the local community is ready for this. We can do zoning just like how it is done for the general elections.

“Representation can be based on the ethnic composition, whereby if there are three major ethnic groups then you can have representation in the local council.

“It is not an issue because people’s mindsets are changing for the better. There are more people who do not think based on race. People are becoming more ‘colour-blind’,” said Saifuddin.

Former Petaling Jaya councillor A. Thiruvenggadam said if local council elections were held, it could even pave room for Barisan Nasional (BN) candidates to win as it will be part of a democratic process.

“If a residential area is a BN stronghold, even their candidates could win the local council elections. This will be interesting as we will have a balanced representation of the local community,” he said.

He supports the move to have local council elections because it would ensure councillors perform well, failing which they would be voted out in the next council election.

Those serving as councillors must be elected by the local community, said Thiruvenggadam.

Petaling Jaya councillor Cynthia Gabriel said most local council decisions are made by the state government.

Cynthia has been a councillor representing the non-governmental organisation since 2008 at MBPJ.

“We previously had a case of issuing of licence for a sports club in Petaling Jaya. The council wanted to issue the license but the state told the council to wait. It is hard for the councils to move forward if this is the case,” said Cynthia.

She also cited the recent incident of the three-months bonus to all MBPJ employees which was eventually rejected by the state.

“The councillors who voted against awarding of the three-months bonus were seen as villains. The council staff also staged a protest.

“In the case of the MBPJ bonus, the public were caught off guard hence they were against it.

“However, many residents were thankful that some of the councillors objected. The council taxes were collected with the aim of providing good service and could not be viewed as business profits,” she said.

She added that by-laws could be tabled and voted in a more professional manner, at local council level, if the councillors were elected by the people.

The councils could move forward if the power was handed back to the people, said Cynthia.

Section 5 Residents Association president Mohamed Rafiq Fazaldin said he was in a committee to discuss the local council election five years ago, however, his views have since changed.

“Many have migrated from the kampungs to the cities and Petaling Jaya is a good example of this composition. I think this will be the future of the country and there is no need to worry about ethnic polarisation.

“However I believe people do not understand the law.

“There are things the local mosque leader and Rukun Tetangga cannot solve.

“We still need to go to the local council and have good public representatives there,” said Esham.