Stay clear of the IS

A joy to serve: Police cadets from different schools in Penang giving an enthusiastic cheer at the end of the event in Kem Mutiara, Bukit Mertajam.

“The IS is trying to make use of the social media to engage and recruit youths for their activities. Our probe discovered that most of the youths who were influenced have had a troubled background,” he said at the 45th Cadet Police Anniversary at Kem Mutiara in Bukit Mertajam recently.

Hundreds of students from va-rious schools in Penang turned up for the event. 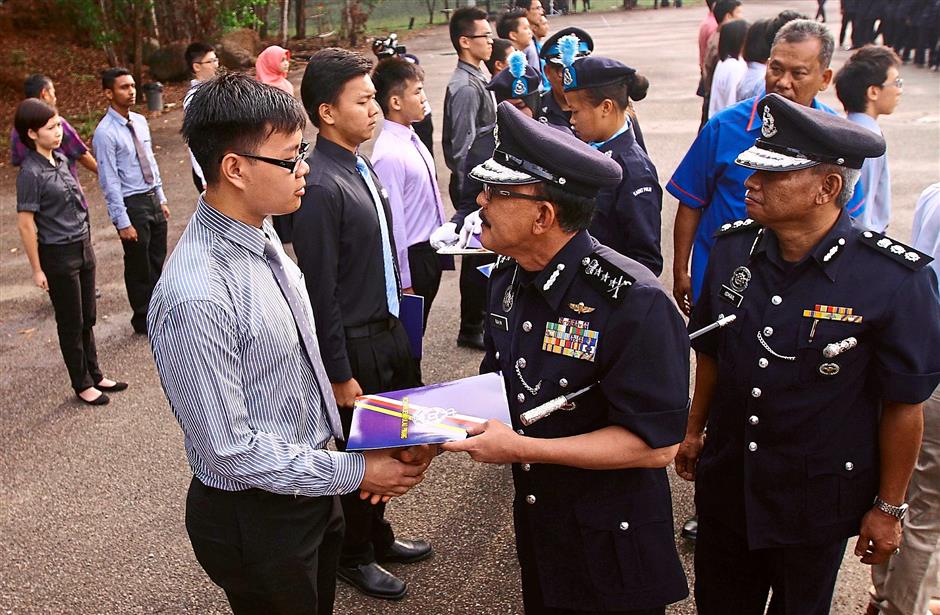 Keep up the good work: SDCP Abdul Rahim (middle) presenting a certificate to one of the participants at the camp.

SDCP Abdul Rahim encouraged youths to get exposed to various activities that could build up pat-riotism and discipline.

Separately, he added that crime involving literate and illiterate juveniles as of April 22 showed a 30% reduction in nearly all categories including violent crime and property crime compared to the same period last year.

“The index saw a reduction of 393 criminal cases which is equi-valent to 16.5%,” SDCP Abdul Rahim said during the School Liaison Officer programme certi-ficate of appointment ceremony at the Penang police contingent headquarters in Penang Road.