School to relocate in May

SK TAMAN Sungai Besi Indah in Seri Kembangan will relocate temporarily 3km away after major cracks were found on the school’s walls.

The school’s headmistress Seti Badariah Naim confirmed that the school will be moving temporarily to a new building in Balakong Industrial Park.

“We are hoping to move into the new building by early next month and the students will be on a short break until then,” she said.

She assured parents that the missing school days will be replaced to ensure pupils are not left behind in their studies.

The decision to close the school was made after a meeting with the Education Ministry, Public Works Department (JKR), Subang Jaya Municipal Council (MPSJ) and Parent-Teacher Association (PIBG) officials on Monday.

The school was declared unsafe after gaping holes appeared on the wall of Block B which houses a computer room, toilet, canteen, library and classrooms for Year One to Three pupils. Posing a hazard: One of the cracks found on the walls of SK Taman Sungai Besi Indah.

MPSJ president Datuk Nor Hisham Dahlan said that the developer of a nearby condominium project was issued a stop-work order on Feb 6.

“The only ongoing construction is rectification work to stabilise the retaining wall,” he said during a site visit.

Nor Hisham added that construction work at the project site will be stopped.

“JKR and the developer will investigate the cause and how to resolve it,” he said, adding that the project was approved in December 2011.

The developer of the project, Bluedream City Development Sdn Bhd project manager Stanley Wong said that the company will work closely with the authorities.

Meanwhile, some pupils turned up for school yesterday as they had not been informed of the indefinite closure.

“I was told that parents were notified through SMS but I did not receive it,” said Badryah Nasda.

She added that the school should set up a Facebook page to inform parents of the latest developments. 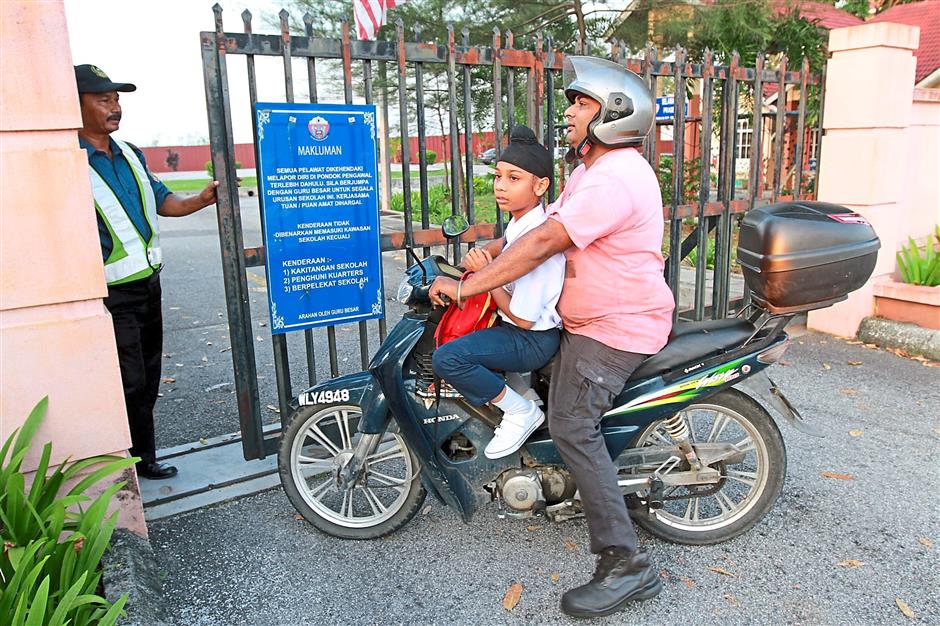 “I did not receive any information telling me otherwise,” he said.

On Monday, PIBG chairman Marzuki Zain was quoted as saying that the gaps in Block B appeared following the development of a con­dominium project next to the school.

He said that the cracks appeared about a year ago when the project started and the condition has worsened.

Cracks were also found in Block A, which houses the classrooms.