South Koreans enjoy the hospitality, food and locations in the city

One for the album: Seon-Hee (back row, third from right with black hat) and Yeji beside her (in sunglasses) posing with UTM students at Gua Tempurung after joining them on a tour.

THEY just love the Malaysian food.

The two women, who were on a five-day tour of Ipoh recently, said there were a lot of postings on the Internet, especially on the good food in Ipoh.

But the two, who work in the IT industry, soon found that Ipoh is more than just about good food.

The people, said Yeji, were so kind and helpful, citing her lost and found mobile phone.

“I was so excited during our taxi ride to Ipoh Old Town and left my phone in the cab. 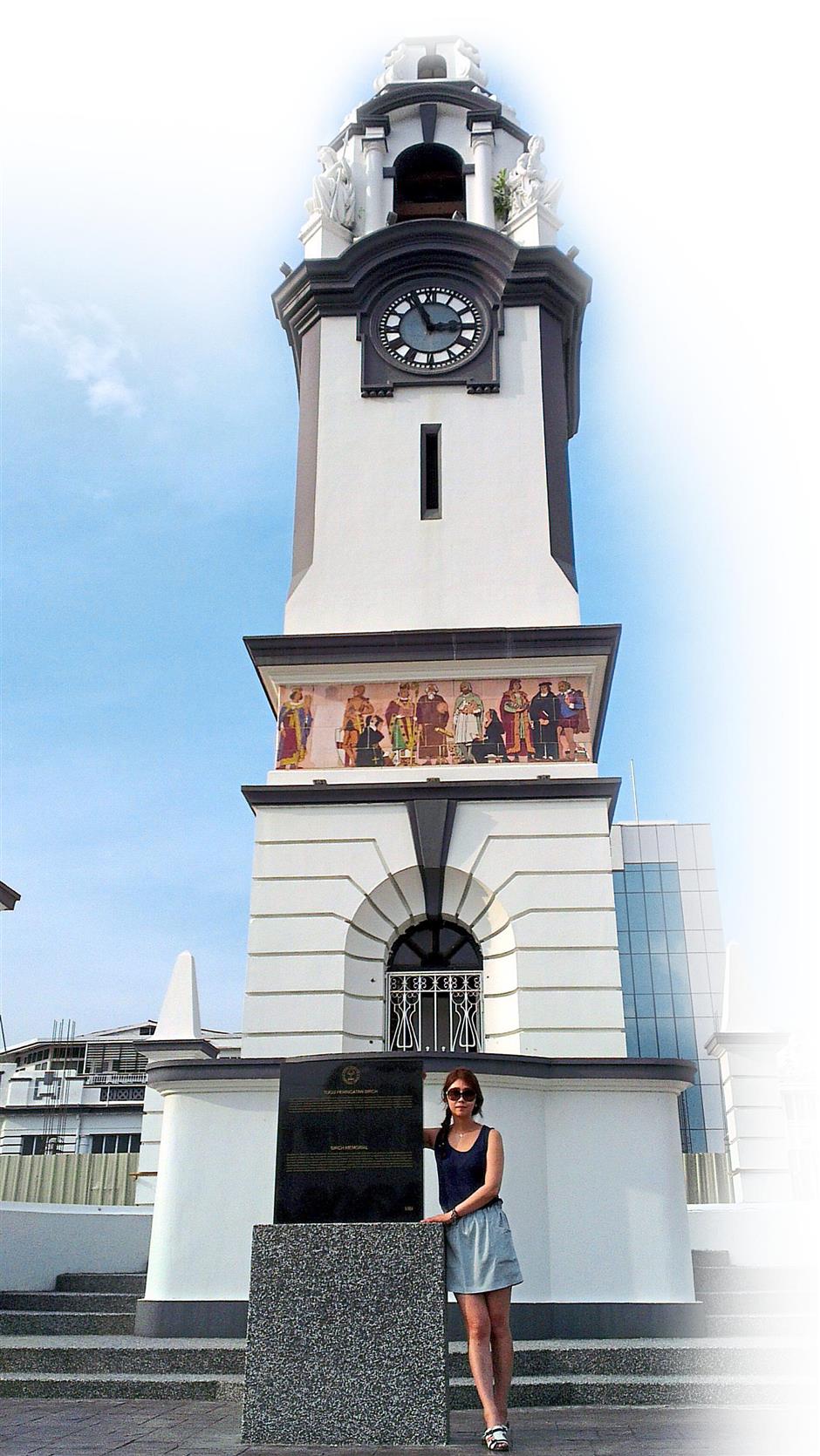 Historical: Seon-Hee at the clock tower in Ipoh Old Town.


“I sought help from a staff in a costume jewellery shop in Ipoh Old Town who lent her phone so that I could make a call to get help to contact the cab centre — PK Taxi.

“The cab driver brought my phone to the shop,” said Yeji when relating her experience.

She said she was almost in tears when she found her phone missing.

They spent a few hours in Ipoh Old Town, enjoying the old town charm and food.

“There are so many beautiful spots to snap pictures and I like Plan B,” said Seon-Hee showing off the photos she took with her Samsung Tablet.

The two were also surprised that there were so many types of traditional Chinese biscuits in Ipoh New Town.

Yeji said the aroma of the biscuits baking at the back of one of the shops was an enjoyable experience for them.

But their most memorable experience was at Gua Tempurung, near Kampar.

They made friends with a group of Universiti Teknologi Malaysia students there and explored the caves together for almost three hours.

“They are so kind and friendly. Some of them can speak Korean, like anyong haseyo (how are you) and kamsa hamida (thank you).

“They told me they like to watch Korean dramas and as such were able to pick up Korean words and know more about the food,” said Yeji.

She said she and Seon-Hee were now Facebook friends with some of them.

Yeji and Seon-Hee proceeded to Gopeng Museum from Gua Tempurung and they were fascinated by the display and collection of antiques there.

The history of Gopeng was well documented in the museum and this made the visit more interesting, said Yeji who can speak and read English. Interesting: The background of Kellie’s Castle makes the tour at the location especially memorable.


From Gopeng, they proceeded to Kellie’s Castle in Batu Gajah.

Seon-Hee and Yeji said they were fascinated by the story of the unfinished castle.

They said they might come back to Ipoh again in the near future to see some other places.

Prior to their tour in Ipoh, they had spent three days in Kuala Lumpur and five days in Penang.

They said all the places have their own attractions but they found the attractions and their experience in Ipoh special.