Finding a solution: Kasthuriraani (left) discussing the issue with the committee members during her site visit to Jalan Baru in Butterworth, Penang.

APPEALS by the Taman Chai Leng Village Security and Development Committee to the operator of the Butterworth Outer Ring Road (BORR) in the Penang mainland to put up fencing along the road divider have fallen on deaf ears.

Batu Kawan MP Kasthuriraani Patto said the BORR operator should look into the requests made by the committee to prevent pedestrians, especially foreign workers, from crossing between Taman Emas in Prai and Taman Chai Leng.

She said five fatal accidents had occurred in the area in the last two years, with the latest one happening last Saturday when a Nepalese foreign worker was hit by a car when crossing over the divider.

“Though there are two overhead flyovers built for pedestrians to cross the road, they are hardly used because they are not located at strategic sections,” she told reporters after conducting a visit to the site yesterday.

Kasthuriraani also said she was made to understand that there were letters of correspondence between the BORR management and the committee for BORR to put up signs in several languages, warning people not to cross the divider. 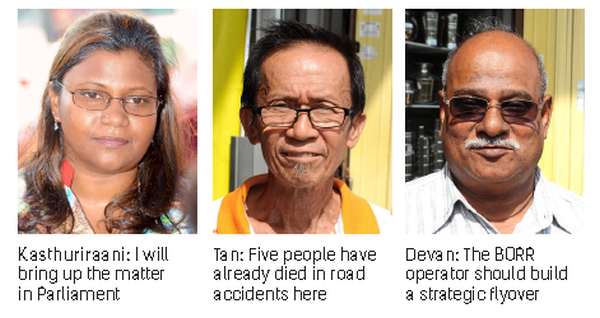 “The latest letter was on Sept 25, last year, but the reply given by BORR was not satisfactory,” she said.

She added that she would bring up the matter in Parliament.

She said that if the BORR operator was not prepared to put up the fencing, then it could consider building another flyover at a more convenient location for the people.

“It’s the moral obligation of the Federal Government to look into the safety features for the well-being of road users,” she said.

“So far, five people have already died in the road accidents here.

“Are they waiting for more fatalities?” he questioned.

Businessman S.P. Devan, 64, said the BORR management should seriously think of building a strategic flyover at a proper place for the people to use.

The RM480mil BORR was constructed in 2003 and opened to the public in 2007 to serve the metropolitan areas of Butterworth and Bukit Mertajam.

Officials from the concessionaire could not be reached for comments. 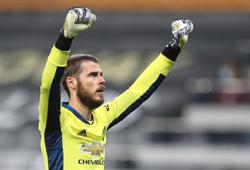