CINFERTECH 2015 off with a blast with the introduction of a few interesting products which have the potential to boost the economy of the state.

The theme this year focuses on technology and innovation as a main factor which contributes to the competitiveness of small and medium enterprise products in the global market.

Confertech 2015 exposes and shares information on agriculture research and technology development by researchers and discusses issues on technological transfer in developmental agencies.

The launching of the Healthier Kek Lapis Sarawak has opened possibilities for the people in the state and in Malaysia to enjoy the delicacy with lower sugar and calories.

The technology behind it is the result of Mardi’s research on alternative plant-based ingredients as a replacement for sugar, eggs and butter. The ingredient Stevia used to replace sugar has reduced the sugar content to a significant level. Technology and innovation: Jabu looking at the Aerobic Paddy while Sharif explains the product.

Besides, the Kelulut Bee or Stingless Bee honey is promoted as a more nutritional than normal honey. The honey has a long-standing history of medicinal values and is used in traditional healing.

Aerobic Paddy is another breakthrough in the planting of paddy. This unique paddy does not need much water and is suitable to plant at hilly areas. This production system allows the paddy to grow in well-drained, non-puddled and non-saturated soils.

The MR263 Paddy can produce higher yields. Compared with normal paddy which produced less than two tonnes for one hectare, the MR263 can produce up to 4.6 times for each hectare.

“Entrepreneurs and farmers must be willing to adopt to the new and latest technologies. The technology innovators also need to be creative in producing appropriate technology which is easy to use and practical,” said Deputy Chief Minister Tan Sri Alfred Jabu during the launching of the Confertech 2015. 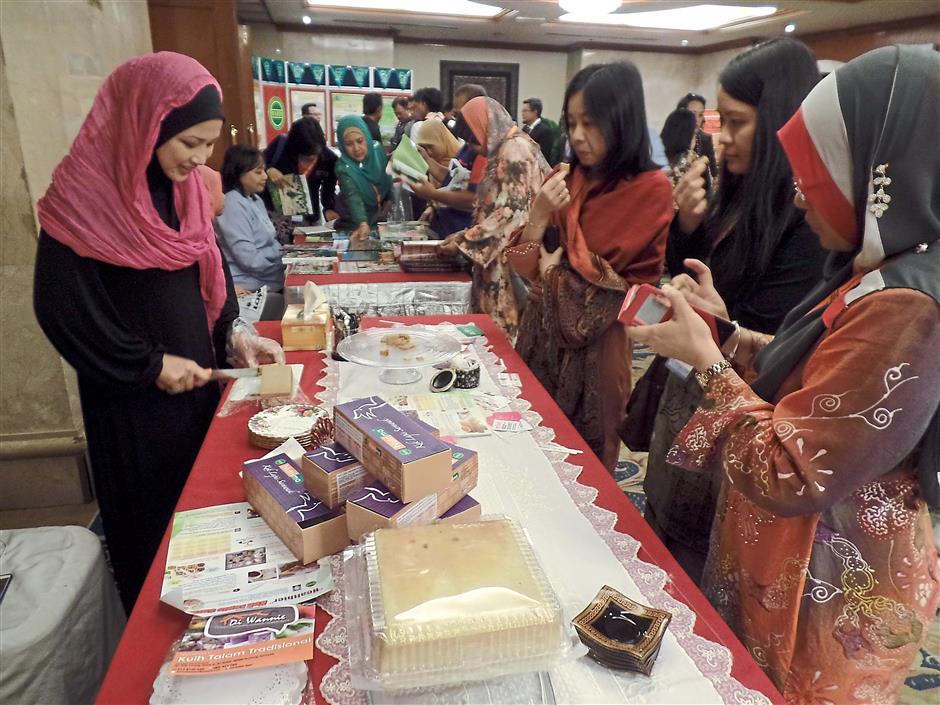 He stated that Sarawak had the potential to be the nation’s largest food producer with 40% of the population still involved in agriculture. However, it will not only need the production technology but also the technology and innovations in the processing field, packaging, branding and marketing.

Confertech 2015 saw more than 200 participants with 19 research papers presented to the researchers and personnel in the agricultural field.

Mardi director-general Datuk Dr Sharif Haron said during his speech that he believed this conference could be made a strong foundation to increase the collaboration of government, public and targeted sectors in the development of the agricultural industry.