Vital information: A shopper getting some tips on how to achieve a balanced and healthy diet at one of the booths.

“Cancer used to be regarded as a disease of the elderly aged above 60, but more young people in their 20s and 30s are now having it,” he said when opening the KPJ Ipoh Specialist Hospital World Cancer Day Campaign at Ipoh Parade recently.

“I believe the numbers could be higher as many cancer cases go unreported.

“I would like to especially remind our womenfolk to take heed as cancer is more prevalent among women in Malaysia,” he said, revealing that the top cancer affecting women is breast cancer, followed by colon cancer and cervical cancer.

As for men, the most common form of cancers affecting them are lung cancer, colon cancer and nasopharyngeal cancer, Dr Mah said. 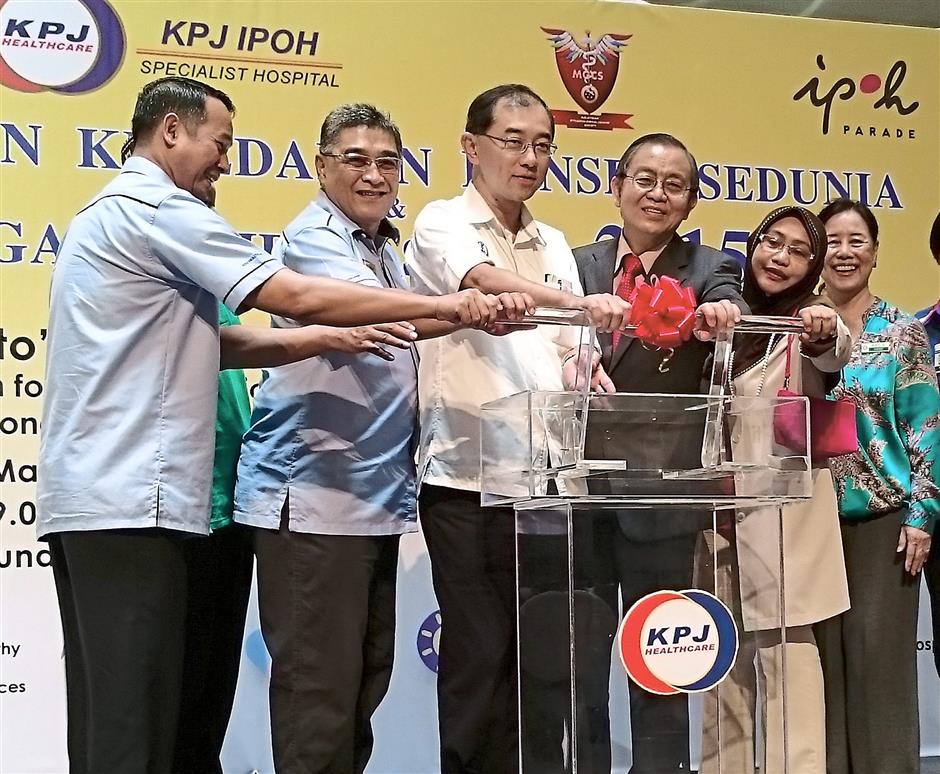 He added that there was a need for the public to adopt healthy lifestyles to reduce their chances of getting cancer.

“Those who are obese and suffer from hypertension as well as diabetes are at higher risk.

“As for smokers, they are not only at greater risk of contracting lung cancer, but also 13 other types of cancers including laryngeal, oesophageal, oral and pharyngeal, urethral, pancreatic, kidney, intestinal, liver, cervical, and ovarian cancer,” he said.

Earlier in his speech, the hospital’s chief executive officer Asmadi Mohd Bakri said the three-day event was a joint collaboration between the hospital, the Malaysian Gynaecological Cancer Society and Lion Ipoh Parade.

He said the hospital felt compelled to create greater awareness on the importance of adopting healthy lifestyles as a means of fighting cancer.

“Our hospital does not only aim to make profits by treating ill patients.

“We feel socially responsible to educate the public on how to stay healthy, how to make the right lifestyle choices and on what they can do to monitor their health,” he said.

The hospital had set up several booths to provide free health checks and diet counselling.

Representatives from the National Cancer Council Malaysia, Pink Champion and the Perak Palliative Care Society were also present to provide information and support.