A sea of red: Participants of the Royal Perak Golf Club Chinese New Year golf tournament gathered for a group photograph before tee-off on the fourth day of Chinese New Year.

All they needed to do was score a hole-in-one to win the luxury apartment worth RM550,000 during the tournament that was held on the fourth day of Chinese New Year.

It was not their day though as none of the golfers were able to do so.

However, those who came close were presented with novelty prizes for their efforts.

“The hole pin locations were intentionally placed strategically to make it easier to hit the hole-in-one.

“Nevertheless, all 140 golfers missed that day,” he said, adding that participants had three chances each. 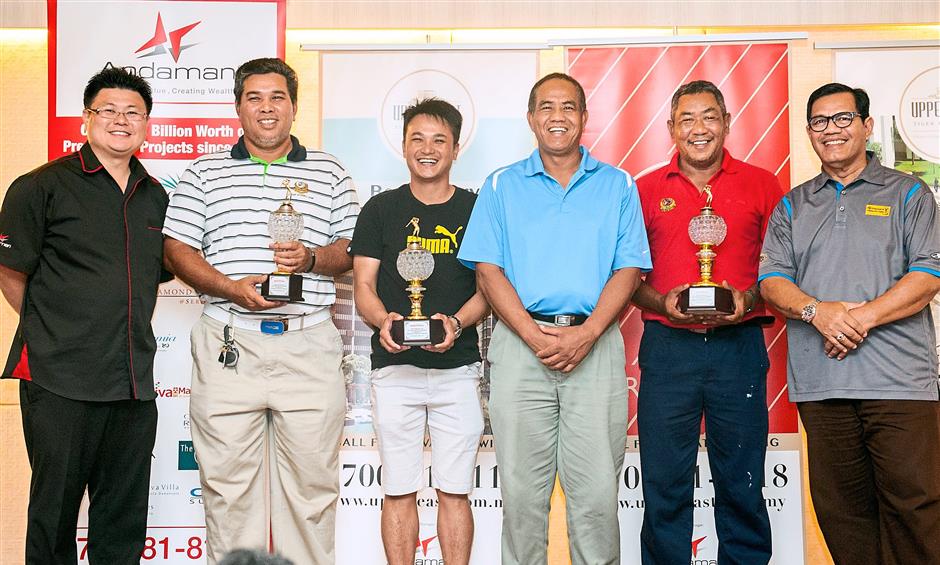 Tiew said the top three players from the tournament were rewarded with specially designed trophies and a Chinese New Year hamper.

“There were also four Royal Selangor Golf Pewter prizes given to the two participants from each of the Nearest to Pin and Nearest to Line categories,” he said.

“The match ended at about 12.45pm and they were invited to a sumptuous lunch at the club’s coffee house,” he added.

Most of the participants were from Perak and there were also some who came all the way from Johor, Pahang and Kedah.